Presumed Innocent for a Price: The Impact of Cash Bail Across Eight New York Counties

Across New York State tens of thousands of New Yorkers are held in city and county jails, not because they have been convicted of a crime, but because they cannot afford to pay for their release while awaiting trial.

The harms of unaffordable cash bail are unequivocal: people lose their jobs, homes and families while detained. People also forfeit their rights to trial when pleading guilty in exchange for release. Yet little has been known about how many people across the state have been locked up because they did not have the means to pay bail, about the charges they faced or how long they were kept in jail.

To better understand the impact of bail practices in New York, in 2015 the New York Civil Liberties Union sent Freedom of Information Law requests to a sample of eight small, medium and large counties across the state asking for five years of data. The information we received offers a stark glimpse into what New Yorkers have had to endure. 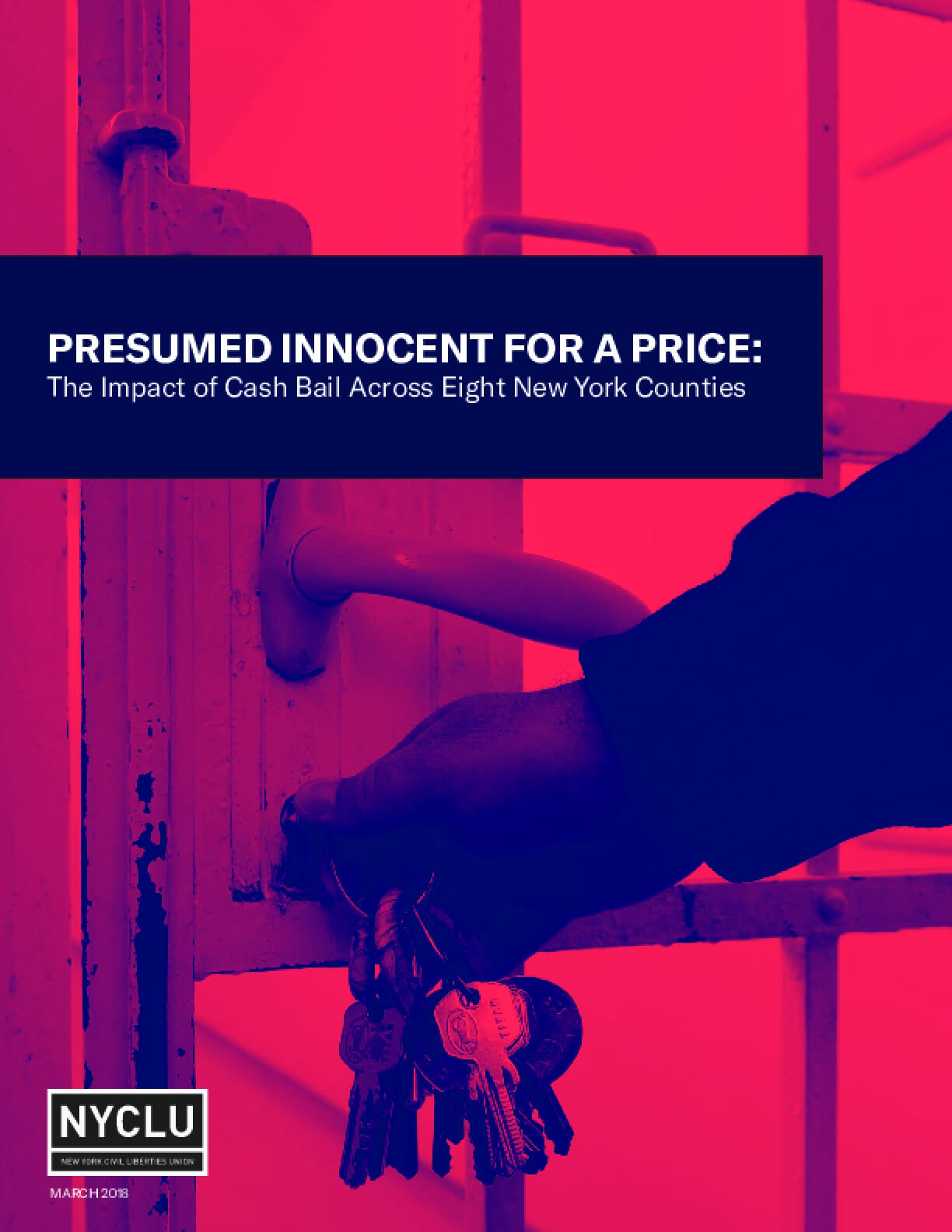