To enhance America's public health response to gun violence, we need:*Better Surveillance. In 2017, the National Violent Death Reporting System collected data from 40 states, the District of Columbia, and Puerto Rico. Information on firearm fatalities from all 50 states and the District of Columbia would provide a more complete picture of gun violence in the United States.11In fiscal year 2018, Congress provided $23.5 million to expand the NVDRS to all 50states. We need to maintain this funding for nationwide implementation because the data collected would prove invaluable for the design of targeted gun violence prevention strategies.*More Research. Several laws have effectively restricted federally funded research related to gun violence, as well as access to complete crime gun data.12,13,14 Yet information is needed to fill critical research gaps. For example, there is almost no credible evidence that right-to-carry laws increase or decrease violent crime, almost no empirical evidence to support dozens of violence prevention programs for children, scant data on the effects of different gun safety technologies on violence and crime, and scant data on the link between firearms policy and suicidal behavior.15,16We must expand the collection of data and research related to gun violence and other violent crime deaths in order to better understand the causes and develop appropriate solutions. Congress should provide unrestricted funding to the Centers for Disease Control and Prevention for research into the causes of gun violence.*Common-Sense Gun Policies. APHA supports requiring criminal background checks for all firearms purchases, including those sold at gun shows and on the Internet. Currently unlicensed private firearms sellers are exempt from conducting criminal background checks on buyers at gun shows or over the Internet, giving felons, the mentally ill and others prohibited from owning firearms access to weapons. We also support reinstating the federal ban on assault weapons and high-capacity ammunition magazines, which expired in 2004.*Expanded Access to Mental Health Services. Funding for mental health services has been declining, and funding for the Substance Abuse and Mental Health Services Administration continues to be threatened by budget cuts including cuts due to sequestration. We must ensure that state, local and community-based behavioral health systems have the resources they need to provide much-needed care. 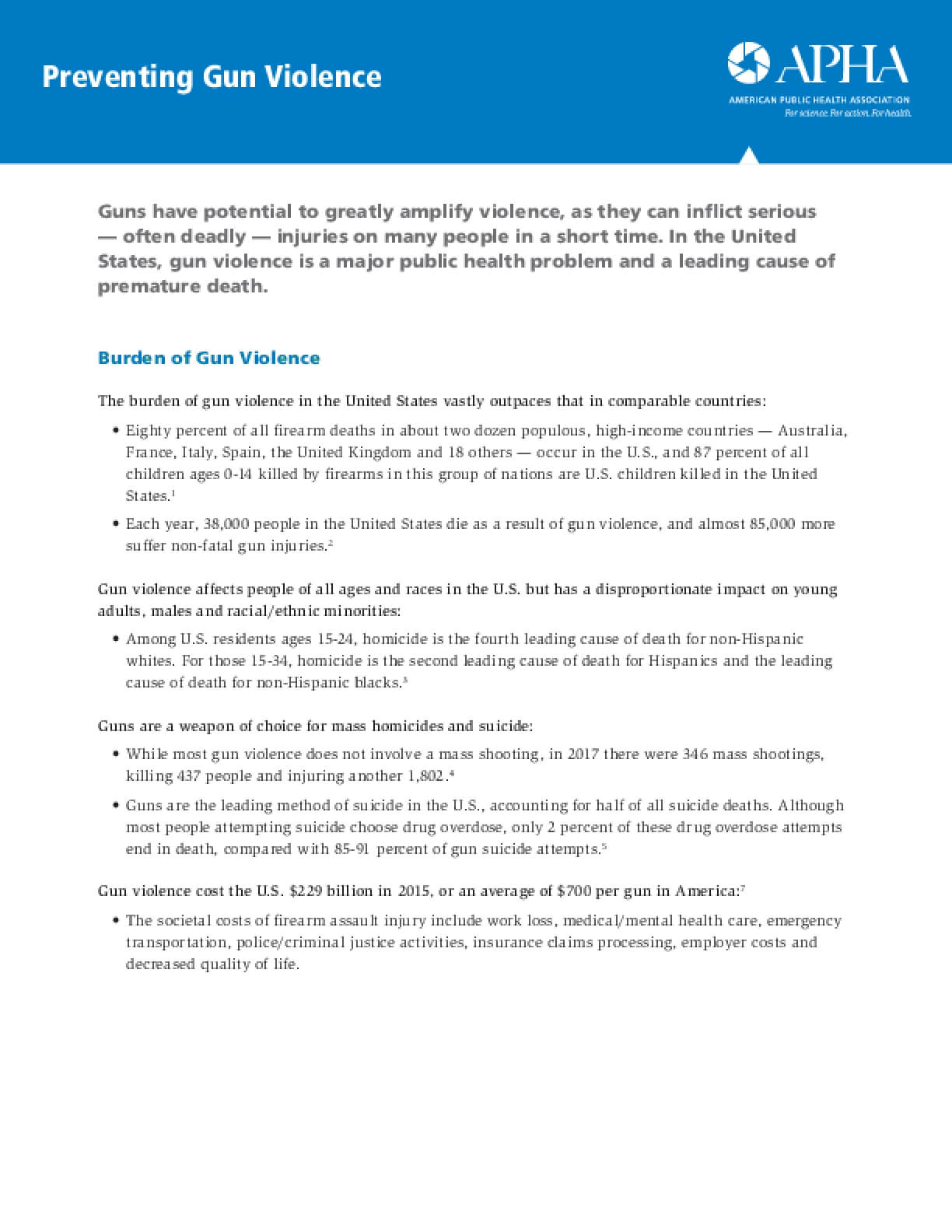