Preventing Violence in the Homes of Military Families

The wars in Iraq and Afghanistan, Operation Iraqi Freedom and Operation Enduring Freedom (OIF/OEF), have demanded unprecedented service at every level of the U.S. Army, Air Force, Navy, and Marines. For the first time in our military history, active duty, reservists, and guard servicemen and women have been required to complete multiple deployments. These repeated, lengthy deployments combined with limited family "dwell" time in between have deteriorated the stability of many military families. Of the almost two million Americans returning from the wars in Iraq and Afghanistan, many arrive home with serious mental health conditions and injuries that increase relationship stress, marital strain, and family violence. The first large-scale, nongovernmental assessment of the psychological needs of OIF/OEF service members, released by the Rand Corporation in 2008, revealed that 38 percent of these combat veterans suffered from Post Traumatic Stress (PTS), major depression, traumatic brain injury, or some combination of the three -- yet less than half had sought treatment. Figures from the Department of Veterans Affairs (VA) suggest that these numbers have almost doubled; Forty-four percent of those who came to the VA for help have been diagnosed with one or more mental health issue. This psychological and emotional toll on our veterans has put them at greater risk of perpetrating family violence. Research has found that: However, the confluence of domestic violence, Traumatic Brain Injury (TBI), PTS, and other mental health injuries among war veterans is by no means fully understood at this point, and requires greater analysis and investigation. 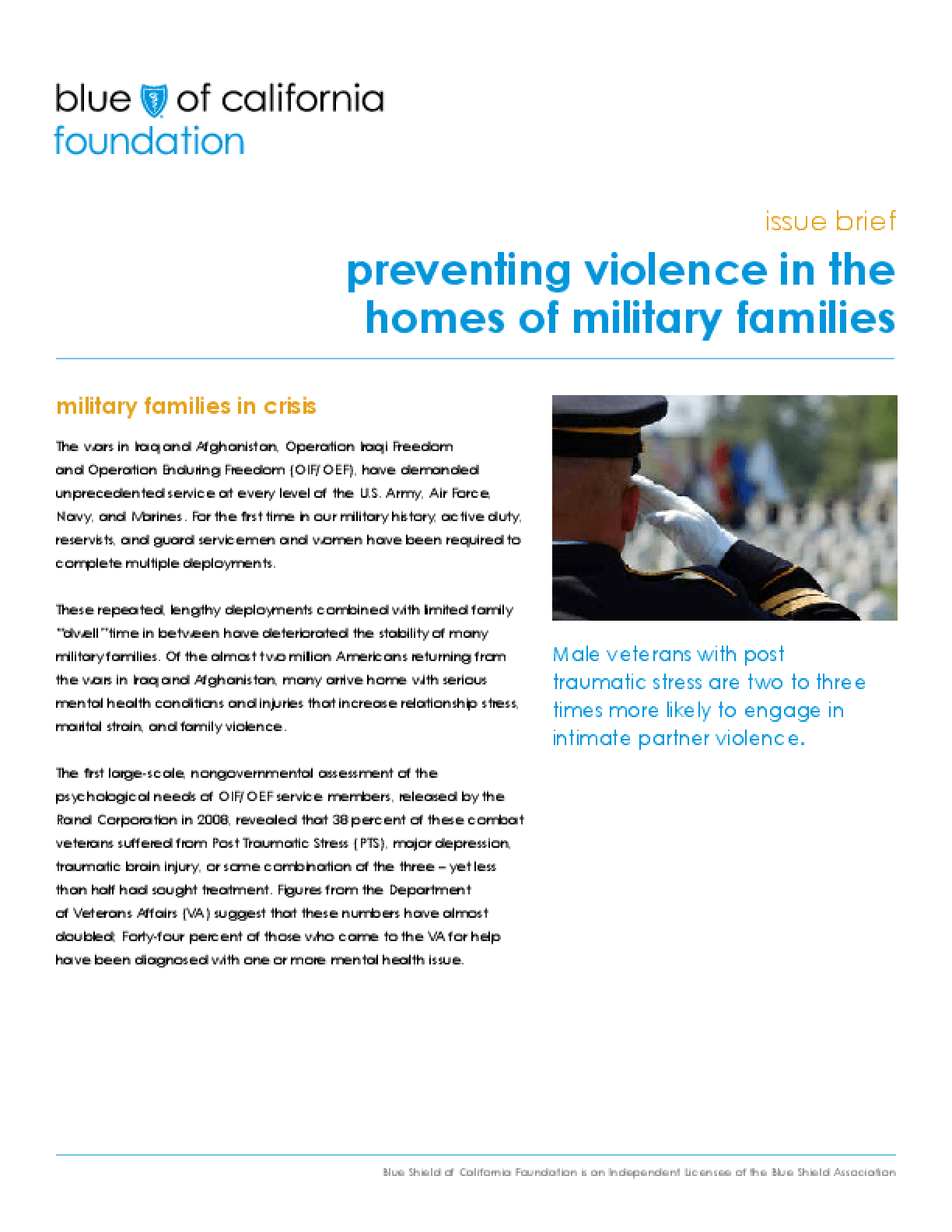