This study concludes with a fair amount of certainty that there is a relationship between child maltreatment and economic decline. Stated differently, there is substantial evidence that economic decline affects the treatment of children by their parents. However, it is important to note that the data presented on the link between economic decline and child maltreatment in this synthesis is outdated, and thus limited. That is, most of the studies presented as supporting evidence for the relationship between child abuse and economic decline date from the Great Depression to the 1990's. No recent evidence (i.e., within the last 10 years) was found to lend support for the relationship between child maltreatment and economic decline. At best, one can conclude that a number of economic and social changes occurring since the Depression (e.g., unemployment compensation, severance pay, employment of spouse, unemployment precipitated by job loss) probably lessen the negative impact of job and income loss in the early 90's context. And, although the magnitude of effects may differ, the direction of effects and the mechanisms by which economic loss affects children are similar for these two periods. Unfortunately, no comparable data was found to extend this conclusion to more recent years. Second, with respect to the link between TANF and child maltreatment, it can be concluded that higher welfare benefits are associated with lower rates of neglect and out-of-home care. It is critical to note that the welfare reforms discussed in this synthesis have taken place against the backdrop of a very strong economy! Therefore, welfare reforms may have larger long-run effects on maltreatment than the evidence presented here. 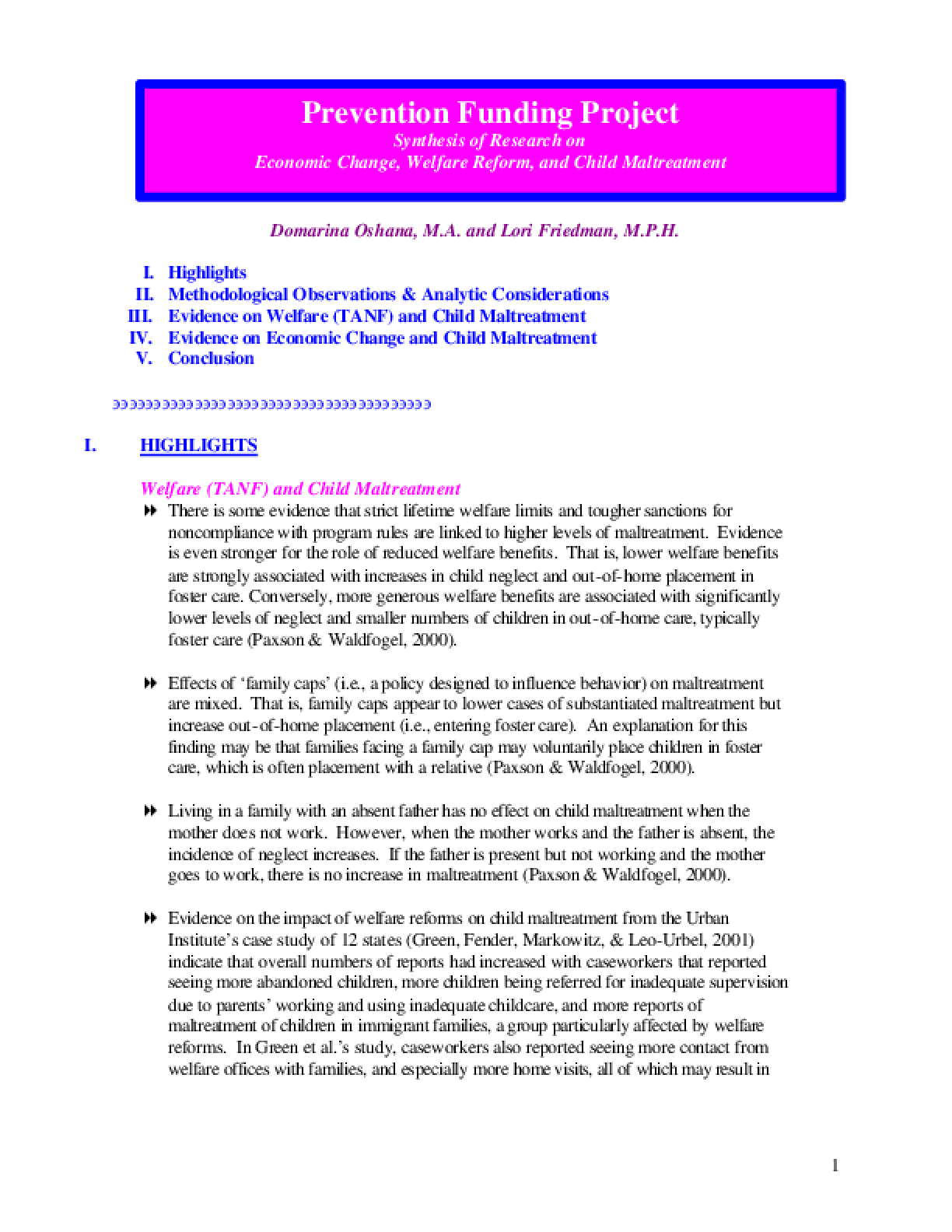