Priceless? A New Framework for Estimating the Cost of Open Government Reforms

Given the reality of increasingly limited development resources from external funders, being able to weigh the full costs of open government initiatives is critical to ensuring that governments are allocating and using resources in the most efficient and effective manner possible. Priceless? A New Framework for Estimating the Cost of Open Government Reforms presents and tests a methodology for doing just that. This report highlights work led by Results for Development and supported by the World Bank between August 2016 and June 2017 that has sought to overcome a major gap in understanding the value of open government programs globally. 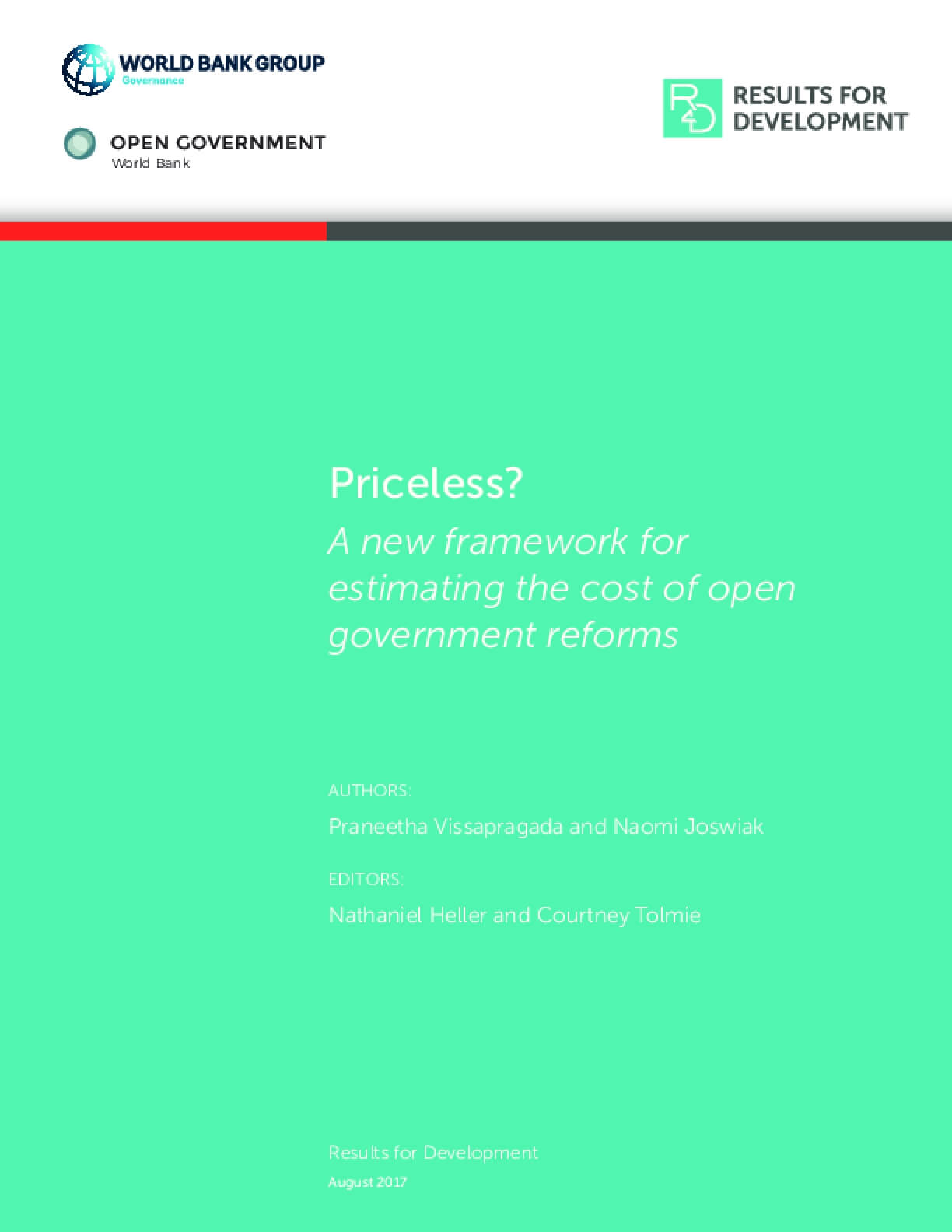