At the USC Annenberg Norman Lear Center, we've produced research demonstrating the profound impact that televised entertainment can have on audiences. Whether we like it or not, people are moved by entertainment content and, if the depictions seem realistic, there is a good chance they will apply what they see on the screen to their lives. This is one reason that we decided to develop a research project with the American Civil Liberties Union that would help us understand what Americans (and the rest of the world) might be learning about the War on Terror and the War on Drugs from the most popular shows on U.S. television (which are watched by billions of people around the world). With the assistance of Princeton Survey Research Associates International, we conducted a very detailed analysis of 49 recent episodes of popular primetime dramas (Fig. 2). We selected episodes that addressed the War on Terror or the War on Drugs from ten highly-rated one hour network dramas: 24, CSI, CSI: Miami, The Good Wife, House, Law & Order, Law & Order: Los Angeles, Law & Order: SVU, NCIS and NCIS: Los Angeles. All of the episodes aired during 2010, except for eight shows which aired in late 2009 as part of the network 2009-10 season. The aim was to analyze how terror or drugrelated plots were portrayed rather than to assess how frequently these plots appeared. We subjected each episode to a codebook with 145 variables and over 800 sub-variables (see the Methodology section on page 27 for more details). In an effort to contextualize this research and how it might come into dialogue with other conversations about the War on Drugs and the War on Terror, we include recent public opinion survey data about these wars as well as data about how the government and the justice system, in particular, are conducting them. We think viewing these three types of data together -- that is, depictions on television, public opinion and statistics about real world practices -- is the best way to begin an informed conversation about how these wars are being carried out and understood in America. 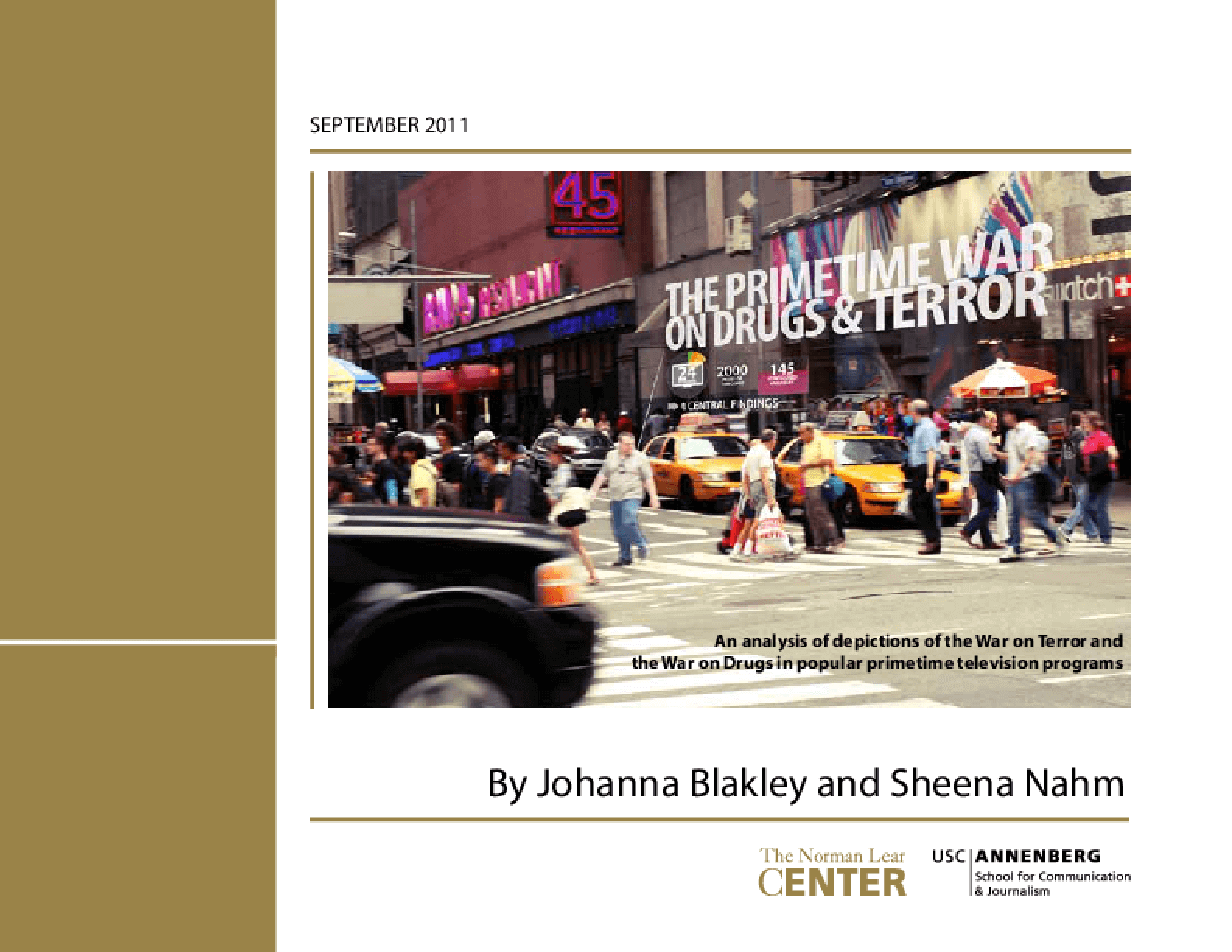