Priorities for the New NYPD Inspector General: Promoting Safety, Dignity and Rights for all New Yorkers

In 2012, community-based, legal, policy advocacy groups and researchers in New York City came together in an unprecedented multi-strategy effort to end discriminatory and abusive policing in New York City. Communities United for Police Reform (CPR), the campaign around which these groups coalesced, helped to change the local conversation on public safety, increased the knowledge and practice of New Yorkers in observing and documenting police misconduct, and led the movement to enact the Community Safety Act – two laws promoting increased accountability and transparency of the New York Police Department (NYPD) to all New Yorkers.

This report outlines CPR's recommendations for nine areas that the NYPD Inspector General should consider for investigation, review, study and audit, in order to issue findings and recommendations that will improve public safety and protect the rights of all New Yorkers. The first six represent areas that should be considered priorities in the first year of the Inspector General's tenure. 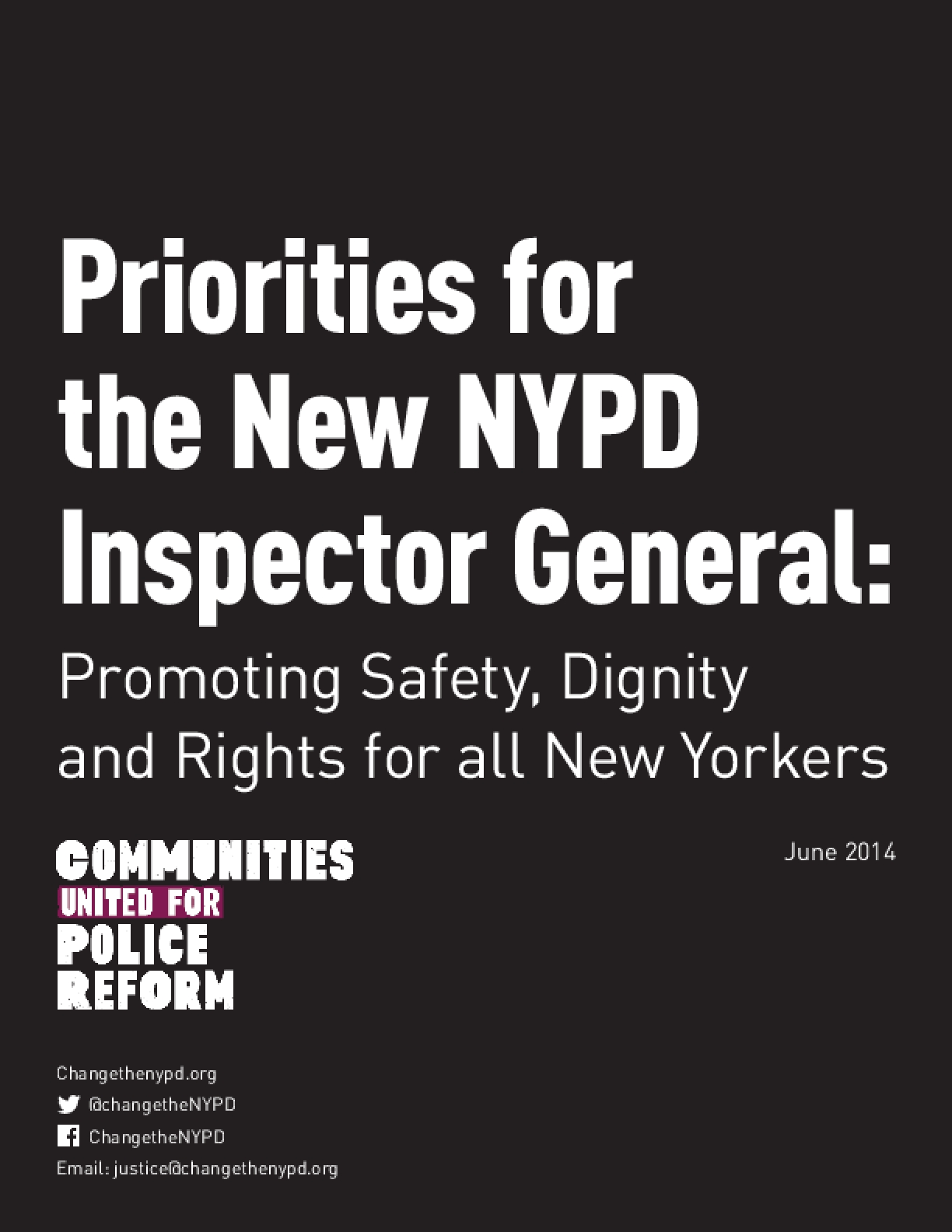