The purpose of the redistricting process should be to create districts that accurately reflect the communities they represent and to distribute political power across those communities. But counting incarcerated individuals at the facility where they are incarcerated, rather than their home addresses, artificially bolsters the political power of certain communities on the backs of individuals who are not truly part of those communities, while simultaneously reducing the political voices of their home communities. In Texas, there are dramatic implications, with a handful of rural regions gaining a disproportionate share of the political power over other rural regions and diminishing the true population count in certain urban areas. This under-representation only exacerbates existing problems with Census undercounts and socio economic disparities which have a root in racial discrimination. It also deviates from how Texas law treats incarcerated populations in every other context, creating a conflict with the Texas constitution that needs to be addressed.

Traditionally, the United States Census Bureau has counted incarcerated individuals at the facility where they are housed, but the Bureau has made clear that this historical practice has persisted only for administrative reasons, not for legal or policy ones. Recently, the Census Bureau has evolved in its treatment of incarcerated populations, and, for the first time, will make it practical for states on tight timelines to assign incarcerated individuals to their home communities. Many states across the nation are taking advantage of this opportunity to correct for the distortions created by prison gerrymandering. In order to more accurately reflect the state's population, Texas legislators should take advantage of the Census Bureau's new tools and work with state agencies to identify those prisoners who, rightfully, should be counted at an address in their permanent community. 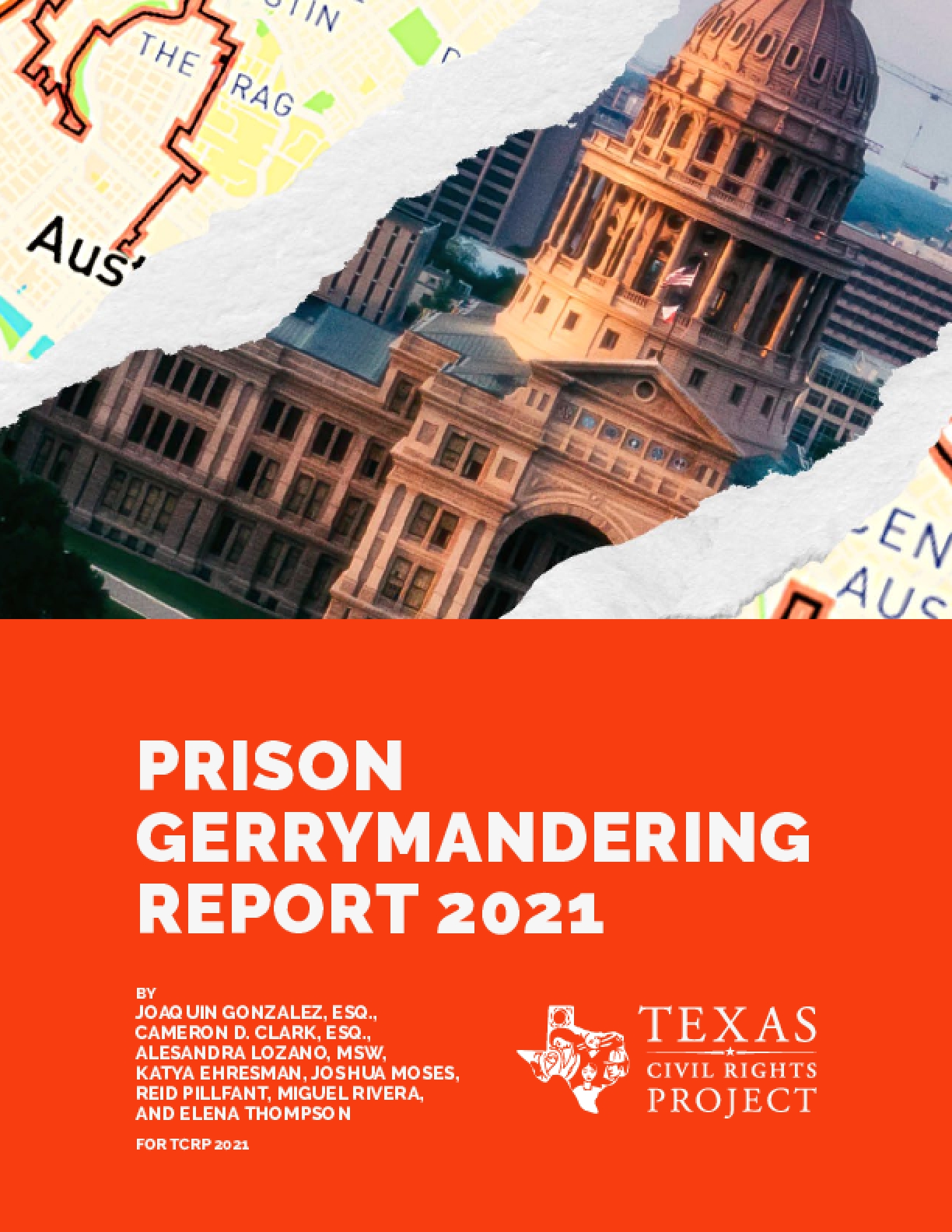