Over the last few years, a number of articles and reports have been published documenting the rise in U.S. crime rates and advocating increased use of incarceration to reverse the trend. Supporters have concluded that incarceration, while costly, is less expensive than the crime it prevents, concluding that imprisonment was remarkably cost-effective because each year of prison time saved taxpayers $430,000 in criminal justice expenditures. Advocates of increased incarceration have, at best, presented an incomplete picture to the American public. The huge and expensive increase in the use of imprisonment over the last decade has not led to decreases in crime. It is time to abandon the "prisons pay" myth and move on to affordable intermediate sanctions that adequately protect the public while offering more hope for long-term reductions in crime. 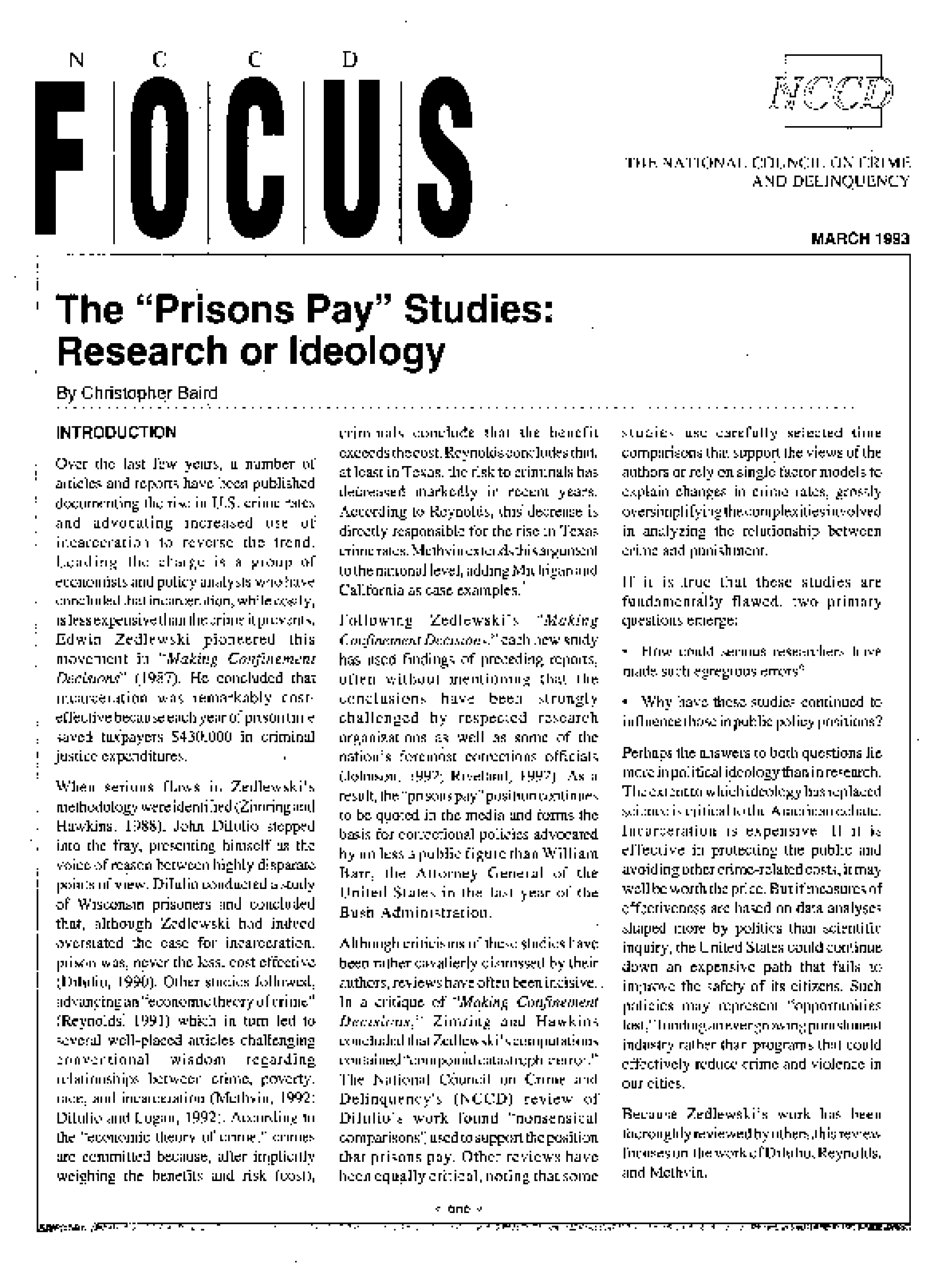