Private Returns to Education in Ghana: Implications for Investments in Schooling and Migration

by Harry A. Sackey

This study examines private returns to schooling in Ghana over a seven-year period, and the implications for school investments and migration. Using data from the 1992 and 1999 Ghana living standards surveys and ordinary least squares technique, we find that the private returns to schooling at higher levels of education have increased for both female and male workers. For female workers, the return to an additional year of secondary schooling increased from 7.3% in 1992 to 12.3% in 1999. In the case of tertiary education, the change is from 11.4% in 1992 to 18.4% in 1999. For male workers the return to an additional year of secondary education decreased from about 7% to 6%, while the return to tertiary education increased from about 13% to 19%. Generally, the rising rates of return at higher school levels have coincided with a similar trend in school attendance rates for female and male children. The spatial analysis implies a rural-urban gap in the returns to an additional year of tertiary education. Linking these results to migration, the data show a relatively low incidence of rural-to-urban migration, notwithstanding relatively higher earnings in urban areas. To sustain the gains realized in educational attainment, lingering issues of gender equity need to be addressed by policy makers so that females are not left behind in the intergenerational race for improvements in quality of life. 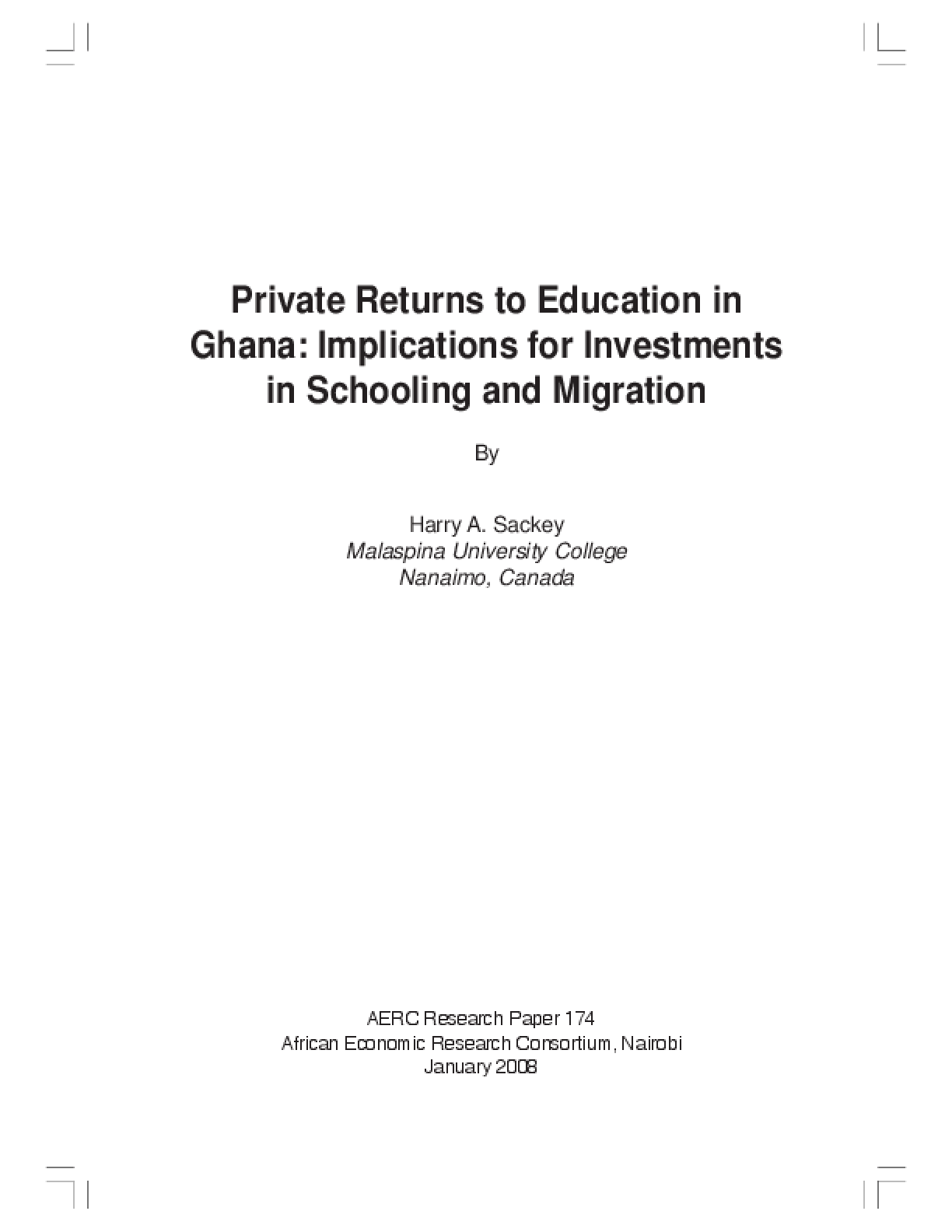