Proceedings and Observations from a Climate Risks Event

In March 2015, in Delhi, India, CNA held a game and scenario-planning session in support of the Skoll Global Threats Fund and the United Kingdom's Foreign and Commonwealth Office. During the event, we explored the future effects of climate change as they relate to security around the world. Participants included renowned scientists, security experts, diplomats, and retired military personnel from Asia, Europe, the United Kingdom, and the United States. Based on game play and discussions, we identified four major findings: (1) climate change may increase nationalism and policies of internalization in developed countries; (2) large-scale climate-induced migration may impact a country's international policies, economic situation, and defining cultural attributes, changing the way they participate in global commons; (3) competition for limited resources may increase as a source of friction and shape policies and international relations; and (4) climate change technologies are not viewed in the same way by all countries, and there is potential for an emerging disparity between regions over the consensus and control of these technologies. This document gives an overview of the event and discusses why we identified each of these factors as a security risk that could result from climate change. 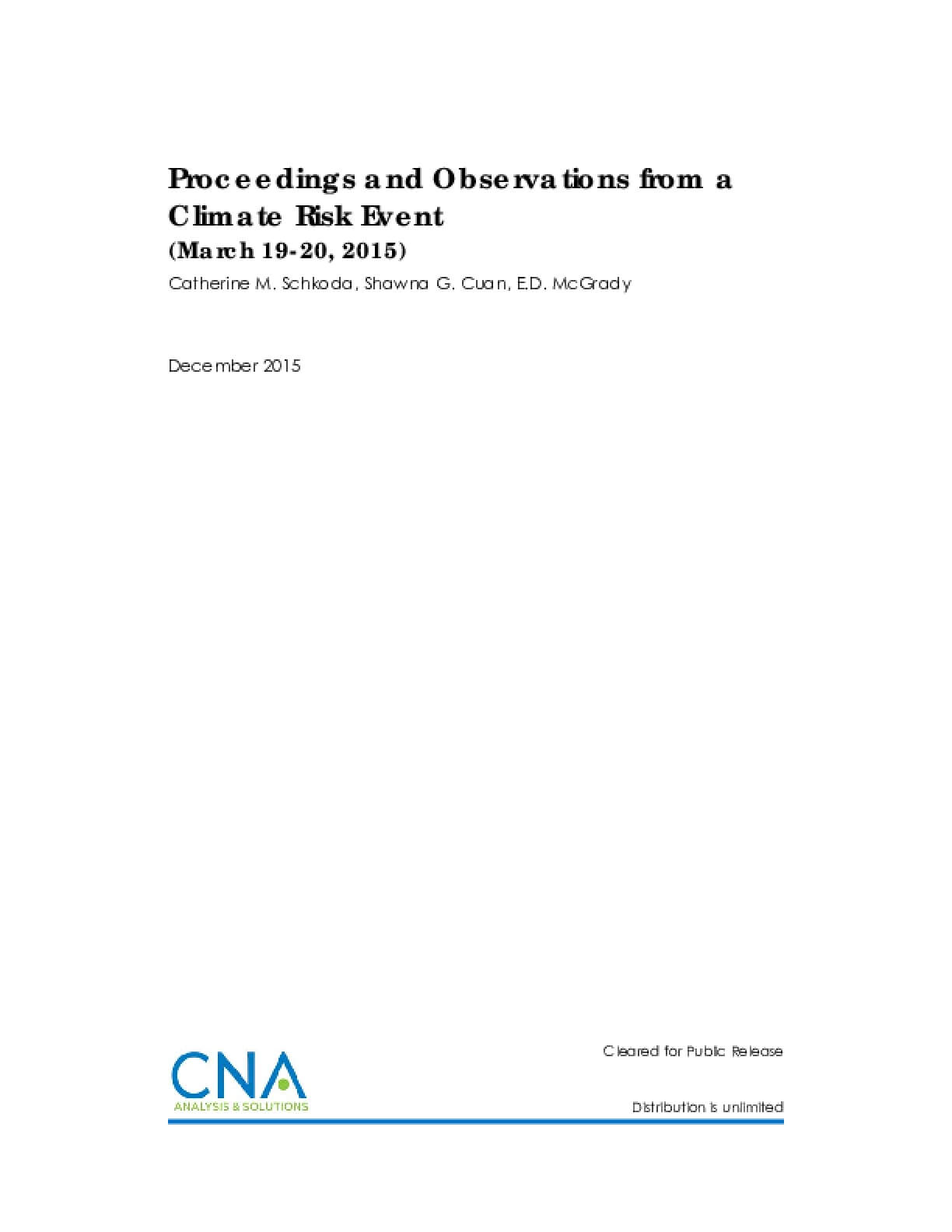