The United States Supreme Court has ruled that a person sentenced to probation cannot then be incarcerated simply for failing to pay a fine that they genuinely cannot afford. Yet many misdemeanor courts routinely jail probationers who say they cannot afford to pay what they owe -- and they do so in reliance on the assurances of for-profit companies with a financial stake in every single one of those cases.

Every year, US courts sentence several hundred thousand people to probation and place them under the supervision of for-profit companies for months or years at a time. They then require probationers to pay these companies for their services. Many of these offenders are only guilty of minor traffic violations like speeding or driving without proof of insurance. Others have shoplifted, been cited for public drunkenness, or committed other misdemeanor crimes. Many of these offenses carry no real threat of jail time in and of themselves, yet each month, courts issue thousands of arrest warrants for offenders who fail to make adequate payments towards fines and probation company fees.

This report, based largely on more than 75 interviews conducted with people in the states of Alabama, Georgia, and Mississippi during the second half of 2013, describes patterns of abuse and financial hardship inflicted by the "offender-funded" model of privatized probation that prevails in well over 1,000 courts across the US. It shows how some company probation officers behave like abusive debt collectors. It explains how some courts and probation companies combine to jail offenders who fall behind on payments they cannot afford to make, in spite of clear legal protections meant to prohibit this. It also argues that the fee structure of offender-funded probation is inherently discriminatory against poor offenders, and imposes the greatest financial burden on those who are least able to afford to pay. In fact, the business of many private probation companies is built largely on the willingness of courts to discriminate against poor offenders who can only afford to pay their fines in installments over time. 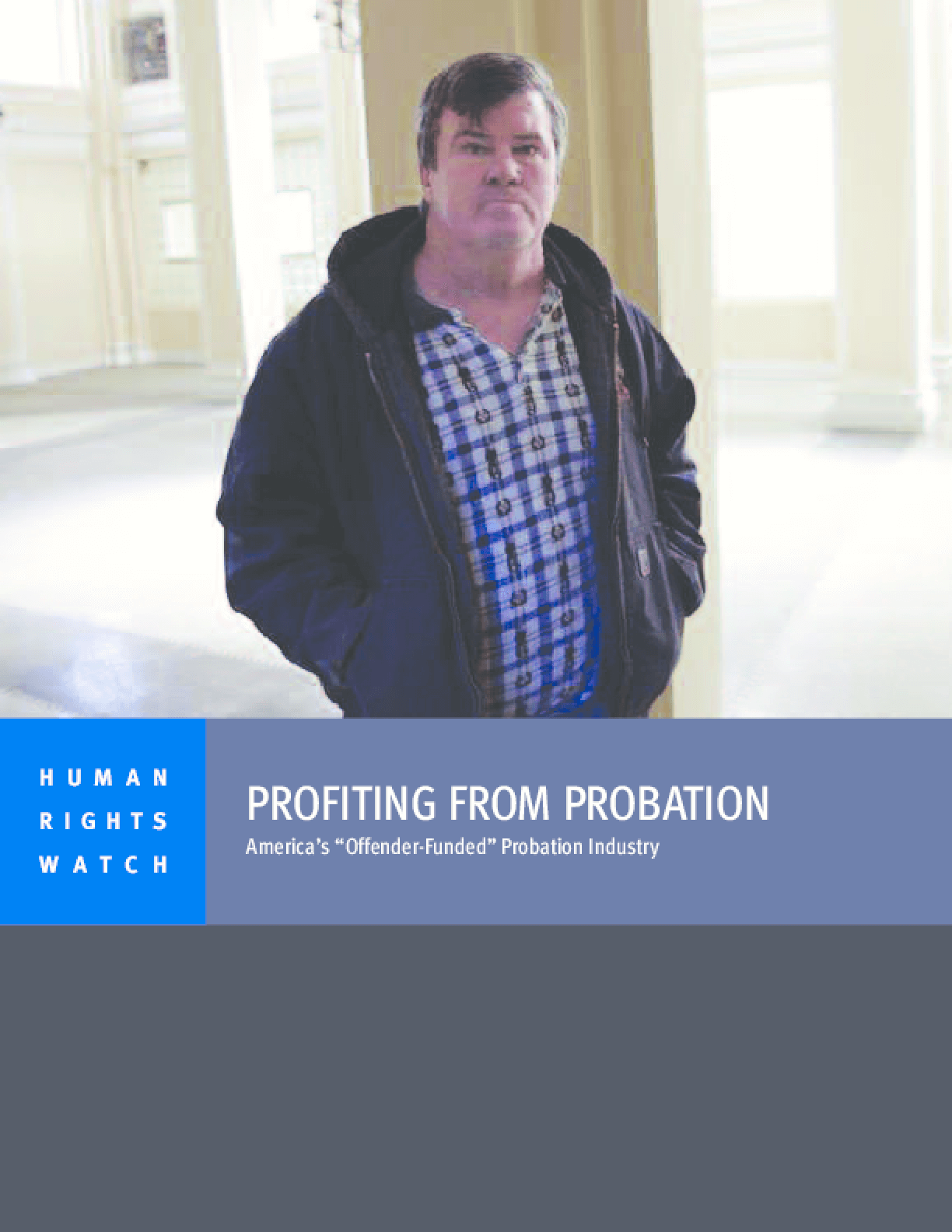