Projected Financial Losses Experienced by Community Health Centers under a Scenario of Major Cuts in Key Sources of Federal Funding : 2018 - 2022

Congress is currently considering options to significantly reduce federal funding for the Medicaid expansion and the Marketplace subsidies implemented under the Affordable Care Act (ACA). Separately, the Health Centers Fund, which currently accounts for 70% of all federal health center grant funding, is set to expire in September 2017. These potential changes in federal funding could have a dramatic impact on health centers and the communities they serve. The purpose of this brief is to simulate the potential combined impact of these major changes in federal funding that will directly affect community health centers. Secondarily, this brief also assesses the financial burden other state and federal programs would have to assume to help centers maintain services at their current capacity. Over the 2018-2022 time period, we estimate that under current law, and with primary care services expanding at the current pace, health centers would realize a total of $169 billion in revenues from all sources combined. Of that amount, $37.5 billion would come from funding streams that include Medicaid and private insurance, while some $10.5 billion would constitute federal grant funding from the Health Centers Fund. Using forecasting models based on historical revenue data from community health centers we project that health centers, operating at their current service levels, would have experienced a $48 billion shortfall over this time period, were the Medicaid expansion and Marketplace subsidies repealed and the Health Centers Fund not renewed. From the perspective of health centers and their communities, if alternative sources of funding are not found, this shortfall would equal 28.3 percent of the funding that would berequired just to maintain services as projected under the ACA. The change in federal health center funding of the type considered in this simulation is also likely to further strain state budgets. Based on past trends, state and local governments would be expected to provide $14.5 billion in non-Medicaid grants and programs to help cover the shortfall, while discretionary federal grants would be used to offset part of the remaining gap. Given the shifting priorities in federal funding under the current administration, the burden on states may be higher than projected. Moreover, in the current fiscal environment, the likelihood of funding substitution at either the state or federal level is low. This suggests that health centers may have to scale back services, staff, and clinic sites in order to absorb financial losses. 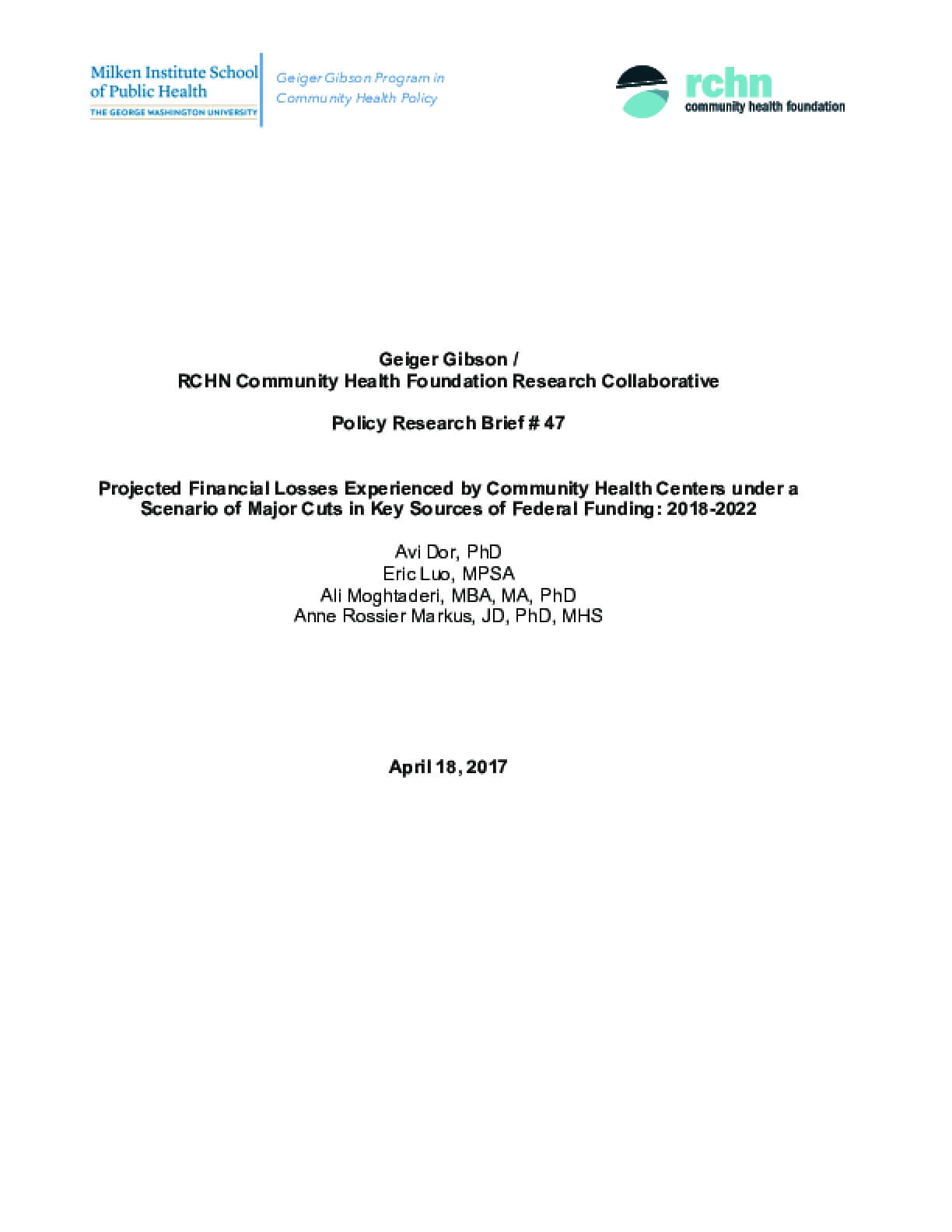