Promising Opportunities for Black and Latino Young Men: Findings from the Early Implementation of the Expanded Success Initiative

The Expanded Success Initiative (ESI) is working to boost college and career readiness and other key outcomes among Black and Latino male students in 40 NYC high schools. This report presents a rich picture of ESI's roll out and early implementation, drawing on more than 100 interviews and focus groups with educators in ESI schools and with members of the NYC Department of Education's ESI team. The report examines challenges schools experienced during Year 1 of the initiative, as well as changes in school practice that hold promise for reaching ESI's goals. Among the report's key findings: The report explores each of these findings in depth, and considers their implications for policy and practice. The authors offer a number of recommendations for schools and the district about strategies that might be used to strengthen and enrich ESI as it evolves over the next two years. 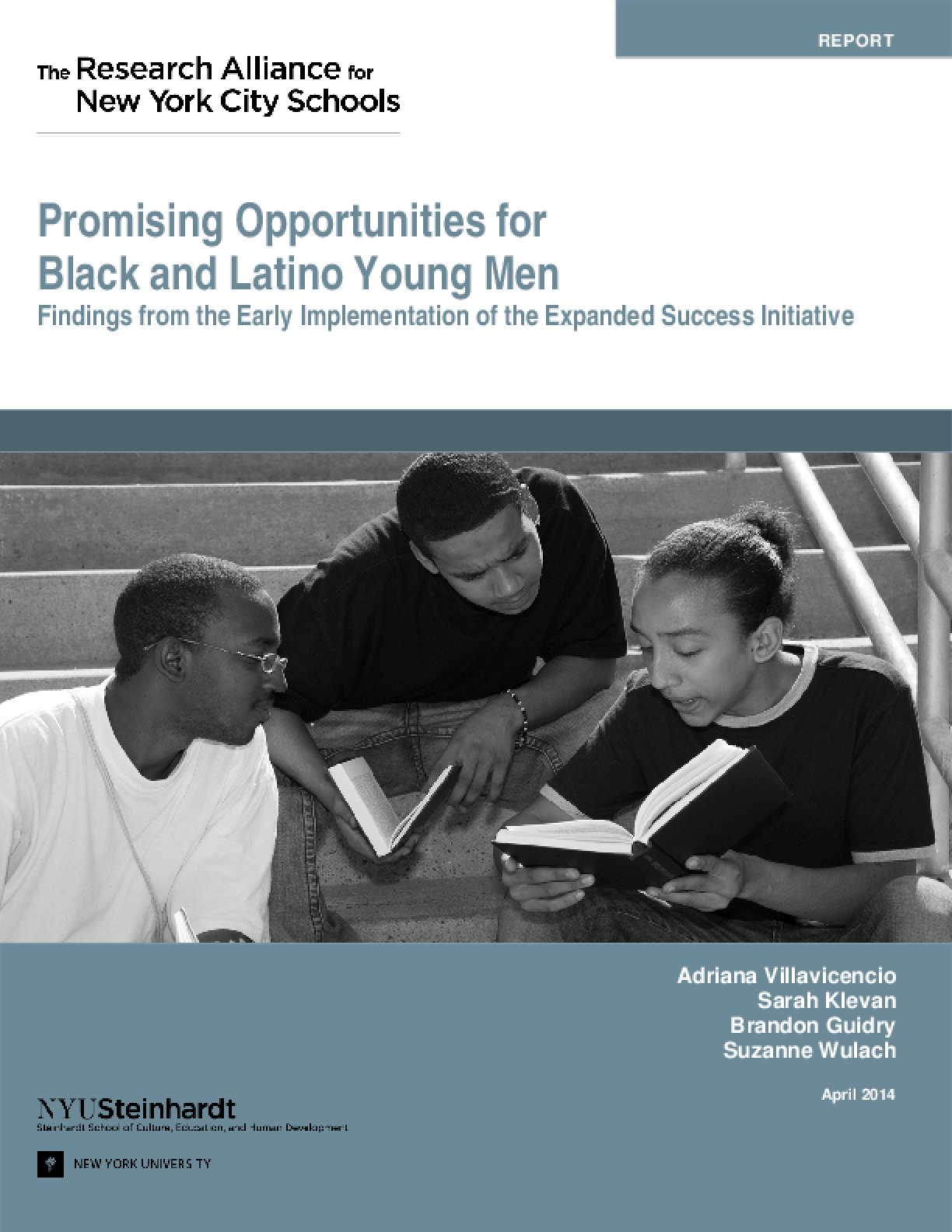