Proposition 13 and State Budget Limitations: Past Successes and Future Options

June 2003 marks the 25th anniversary of the passage of Proposition 13, a landmark tax limitation measure approved by California voters in 1978. Proposition 13 triggered one of the nation's largest state and local tax reductions by immediately cutting California property taxes by $5 billion. But Proposition 13's impact went far beyond tax relief in California. It launched a wave of tax limitation efforts in other states and created momentum for the large federal tax cuts passed in 1981. Although Proposition 13 limited property taxes, it failed to impose long-term discipline on state and local budgets in California. Indeed, total state and local revenues (including federal aid) in California have risen from 19.4 percent of personal income the year after Proposition 13 passed to 24.6 percent today. Rapidly expanding spending since the mid-1990s has put the state into a fiscal crisis with record budget gaps currently being reported. Proposition 13's focus on property taxes was too narrow to limit overall state and local government budgets in California. However, a number of states in the past decade have enacted broader tax and expenditure limitations (TELs) that attempt to control overall government growth. This paper discusses how well-designed TELs can restrain spending and provide tax relief. TELs combined with other mechanisms to terminate unneeded government programs should be pursued in all state and local jurisdictions to close current budget gaps and counteract the tendency of governments to collect ever-larger shares of Americans' income. 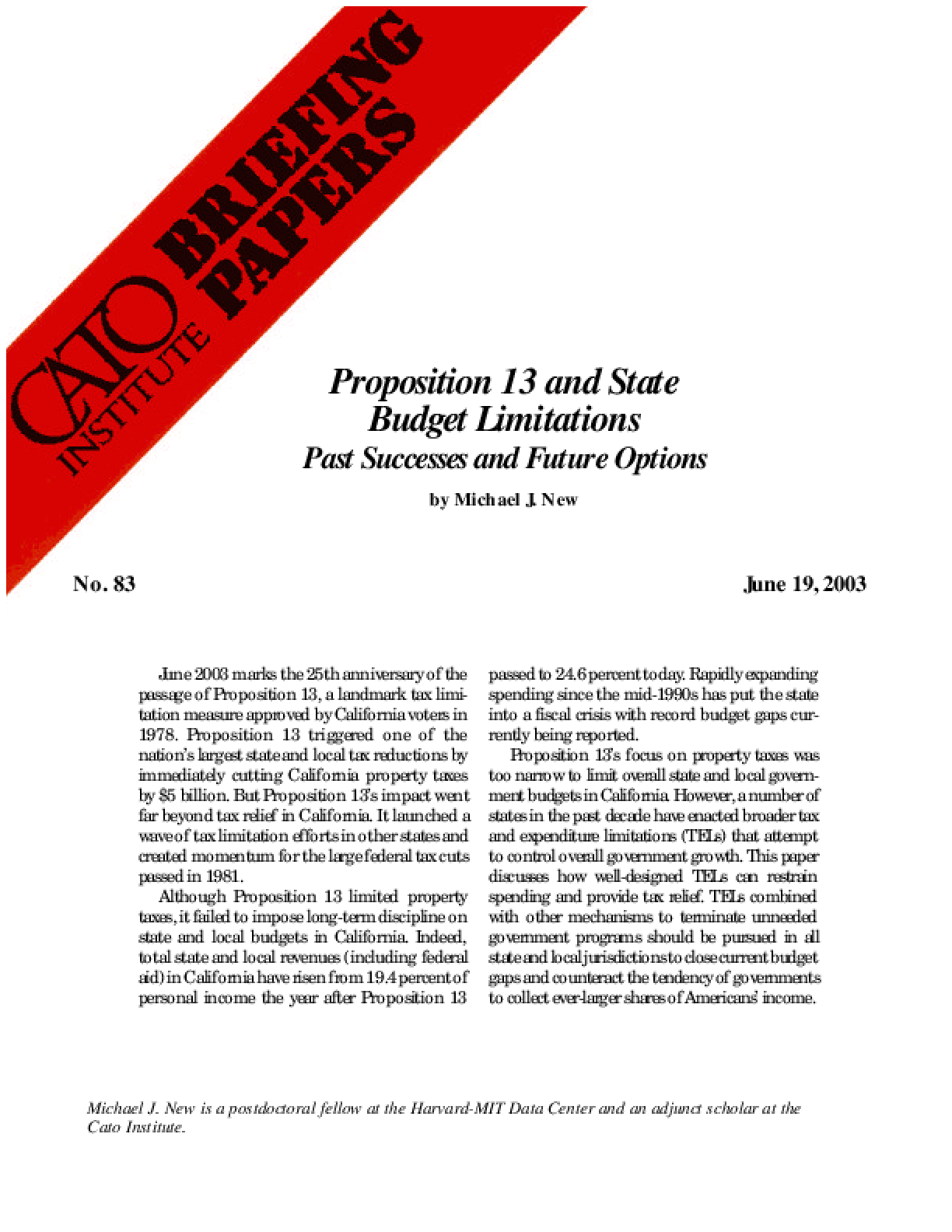