Protect My Future: The Links Between Child Protection and Disasters, Conflict and Fragility in the Post-2015 Development Agenda

In this paper, we examine the implications of this lack of prioritisation for the post-2015 development framework, arguing that this framework must include a goal and target on child protection that applies to both fragile and non-fragile states, and makes specific reference to emergency contexts. Since 2000, 2.3 billion people have been directly affected by disasters and in 2011 alone almost 200 million people were affected, including 100 million children (Gupa-Sapir, Santos and Bordre 2013). Conflict, disasters and fragility have devastating effects on children's lives, and have contributed to the wider global crisis in child protection. For example, children may become separated from families during crisis periods or exposed to violence, abuse and child labour as a consequence of the impact of conflict and disasters on household poverty and livelihood practices, and in conflict situations, children are often forced to join armed forces or groups (CPWG 2012; Child Soldiers International 2012). Fragile states commonly lack even basic effective child protection measures, and children are at particular risk of many forms of abuse and exploitation in such settings (World Vision 2012). Despite the heightened vulnerability of girls and boys during and after conflict and disasters, currently humanitarian action does not give adequate priority to child protection and care, a situation that reflects the broader lack of attention given to this important issue in fragile and non-fragile states. 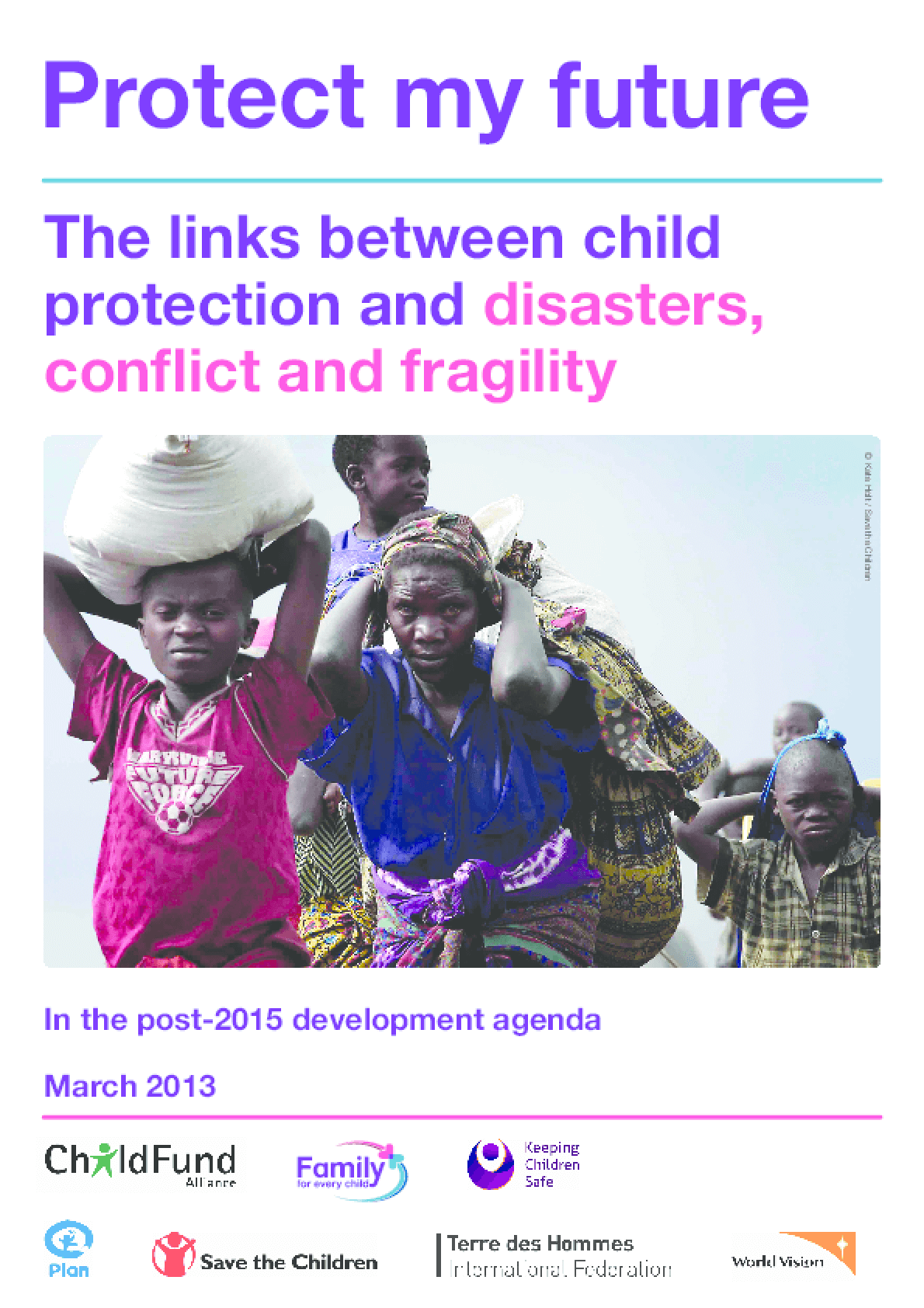