Protect My Future. The Links Between Child Protection and Population Dynamics In the Post-2015 Development Agenda

Globally, populations are changing at a rapid rate, and it is essential that any efforts designed to improve the well-being of societies recognise and respond to these changes. This includes the design of the framework that will replace the current Millennium Development Goals (MDGs), and consultations on the content of this framework rightly include specific attention to population dynamics.

Key trends identified by this background paper for the Global Thematic Consultation on Population Dynamics in the Post-2015 Development Agenda include: population growth, population ageing, urbanisation and migration. In this paper we focus on some of these trends to illustrate the major impact of population dynamics on children, with a particular emphasis on their care and protection. We focus specifically on:
Through these examples, we argue that several major population trends are leading to boys and girls around the world becoming increasingly exposed to inadequate care, exploitation, abuse and neglect. This combined evidence suggests that a post-MDG framework which acknowledges the dynamic needs of populations must consider the growing importance of a focus on children's protection and care, an area neglected by the current MDGs. 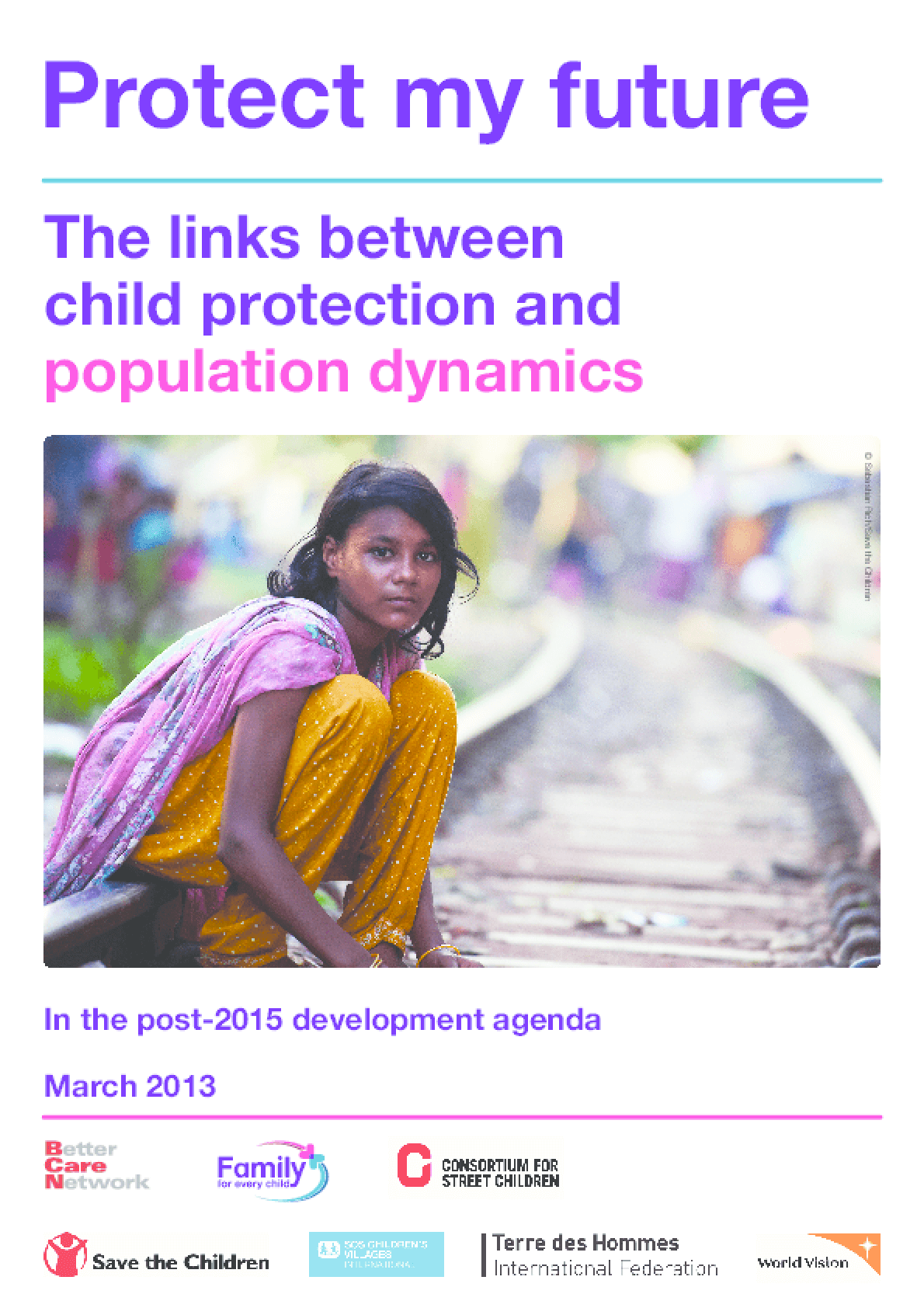