Protecting Bonds to Save Infrastructure and Jobs

Tax-exempt municipal bonds are the most important tool in the U.S. for financing investment in schools, roads, water and sewer systems, airports, bridges and other vital infrastructure. State and local governments financed more than $1.65 trillion of infrastructure investment over thelast decade (2003 -- 2012) through the tax-exempt bond market.

During that decade, $514 billion of primary and secondary schools were built with financing from tax exempt bonds; nearly $288 billion of financing went to general acute care hospitals; nearly $258 billion to water and sewer facilities; nearly $178 billion to roads, highways, and streets; nearly $147 billion to public power projects; and $105.6 billion to mass transit (C. These categories represent 90 percent of the total amount of municipal bonds used to finance infrastructure between 2003 and 2012.

In 2012 alone, more than 6,600 tax-exempt municipal bonds financed over $179 billion worth of infrastructure projects.Under the federal tax code, investors are not required to pay federal income tax on interest earned from most bonds issued by state and local governments. The tax exemption for municipal bond interest has been in law since the federal income tax was promulgated 100 years ago, and tax-exempt bonds have financed trillions of dollars of infrastructure investment over that time. The effect of this tax exemption is that state and local governments receive a lower interest rate on their borrowing than they would if their interest was taxable to investors. In typical market conditions, the tax exemption can save states and localities up to two percentage points on their borrowing rates.

Several legislative proposals have been offered to curtail or eliminate the federal tax exemption for municipal bond interest. One proposal would impose a tax-benefit cap of 28 percent for certain taxpayers on many itemized deductions and exclusions, including taxexempt interest. The effect would be a partial tax on interest that would otherwise be exempt from income tax. In effect, the tax-exempt bond market would no longer be entirely tax-exempt. 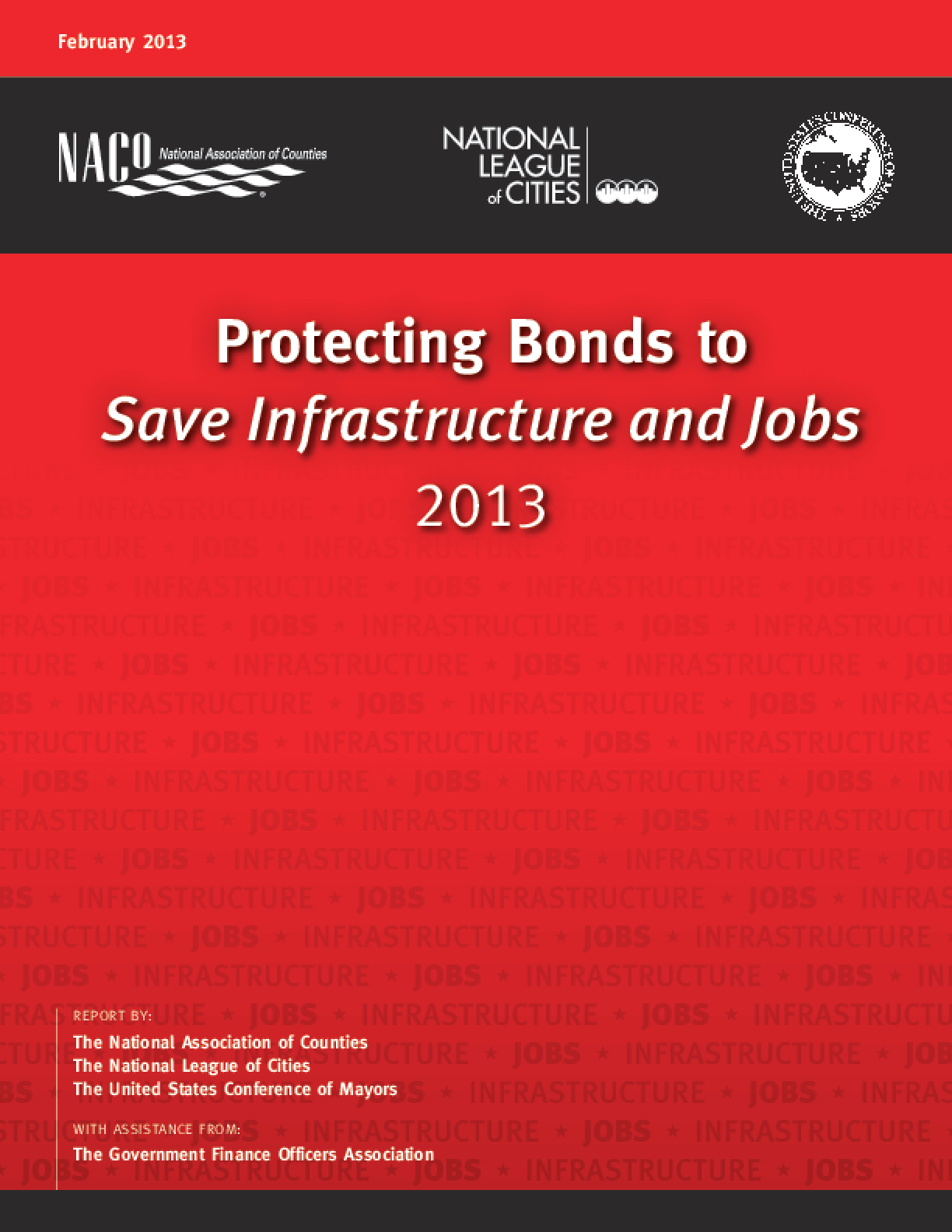