The Gowanus neighborhood in Brooklyn, known for its unique mix of industrial, artistic, and commercial activity is poised for significant changes driven by public actions and planned neighborhood investment. The polluted Gowanus Canal, designated as a Superfund site1in 2010 by the Environmental Protection Agency (EPA), is in the process of being cleaned up. The responsible parties, which include the City of New York and National Grid, are required to contribute to remediation costs currently estimated at $1.257 billion.

Despite this public housing crisis, the City has not meaningfully linked its Housing New York and NYCHA Next Generation strategies to preserve public housing as part of the Gowanus rezoning. By excluding Gowanus NYCHA developments from the rezoning boundary, the City prevents NYCHA from directly benefiting from the land use action and therefore risks exacerbating the existing inequalities between residents of public housing and the community's wealthier and white neighbors.

The City is missing an opportunity to address the public housing crisis that deserves its full attention, especially given NYCHA's extensive capital needs and the amount of property value being created through the City's land use actions. In New York, when regulatory actions such as zoning changes increase land values, landowners or speculative investors disproportionately reap the benefits. Property values increase, rewarding landowners while soaring rents often displace longstanding businesses and existing residents. 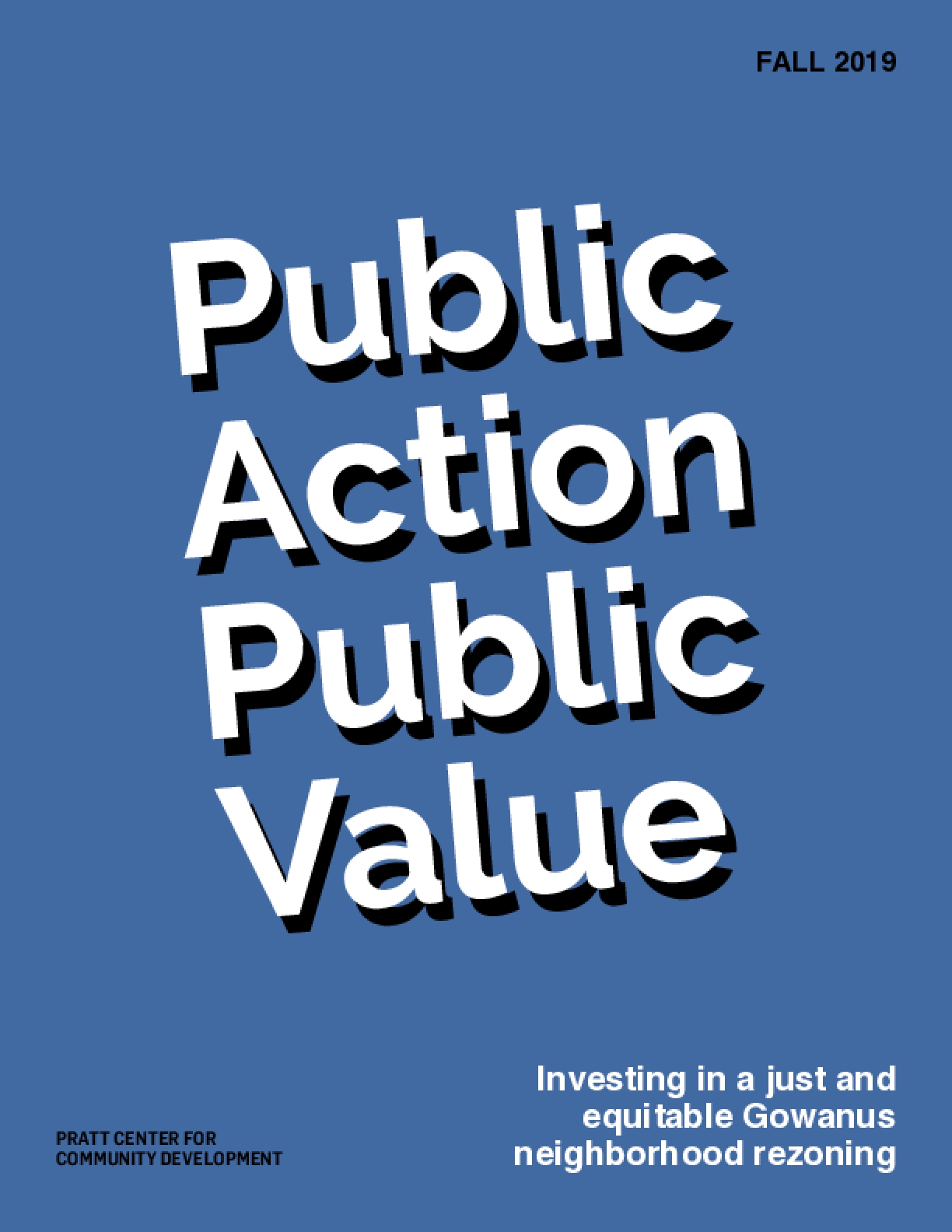