Public Attitudes Towards the Regulation of Firearms

Support for the stricter regulation of firearms is widespread both in terms of the range of measures endorsed by the public and in terms of the high level of public approval for such measures. As Table 1 shows, majorities in 2006 favor all proposals to expand regulations: 91% support making it illegal to use guns while under the influence of alcohol, 85% want the sale of 50 caliber rifles limited, 82% want the sale of semiautomatic, assault weapons limited, 80% favor criminal background checks for all sales of guns, including private sales between individuals, 79% back requiring a police permit before a gun could be purchased, 76% believe that terrorist attacks have increased the need for stricter gun control, and 54% want illegal gun sales to be punished more severely than illegal drug sales with another 37% saying that punishments for illegal gun sales should be as tough as penalties for selling illegal drugs. 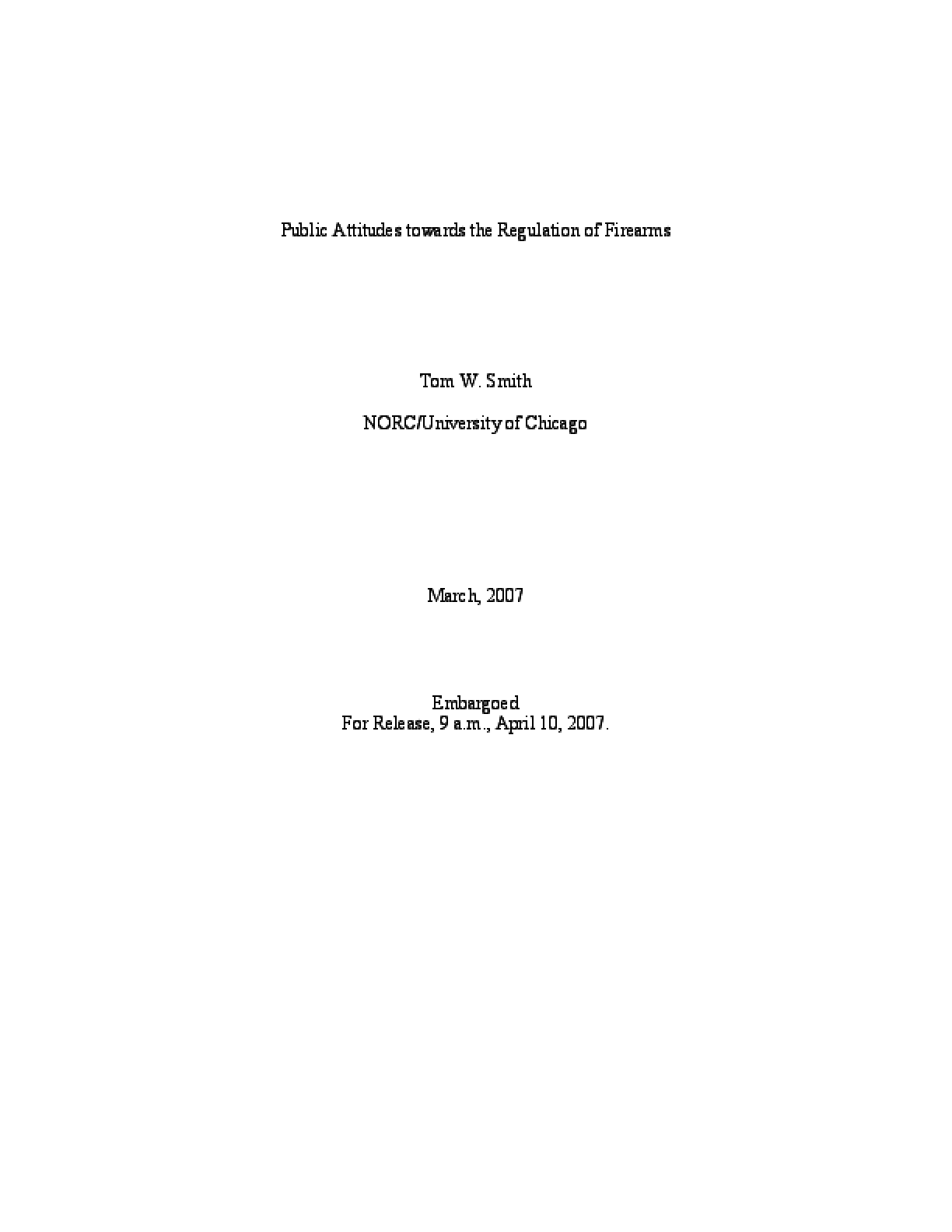