Public Awareness of Scientific Consensus on Climate Change Is Rising

Among scientists who study the Earth's climate, there is overwhelming agreement that humans are causing rapid change. Surveys find that the U.S. public underestimates the extent to which scientists agree on this point, but public awareness is gradually rising (Figure 1). A repeating question placed by Carsey School researchers on surveys since 2010 asks:Which of the following two statements do you think is more accurate? 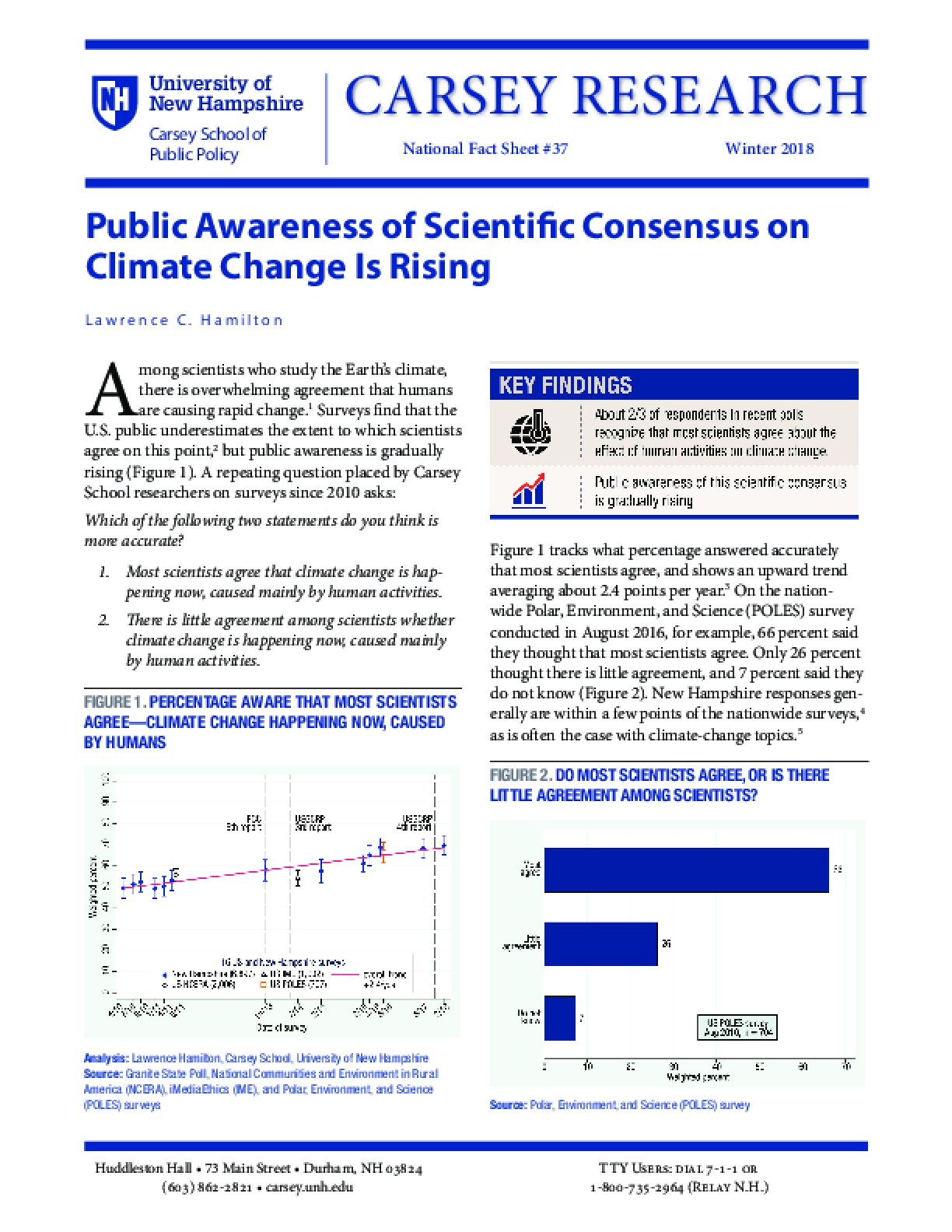