Climate change will displace millions of people around the world over the coming decades. While many of these climate-displaced persons will migrate internally, many will be displaced across international borders. This study is one of the first to ask whether the American public views climate-displaced persons as meriting admission to the United States through a humanitarian admissions stream. Our research indicates that Americans believe that displacement by climate change makes a prospective migrant as deserving of humanitarian immigration relief as those migrants fleeing persecution—the criterion for asylum or refugee status currently recognized in our refugee and asylum laws. Given that no such form of relief currently exists for climate-displaced persons under U.S. refugee and asylum laws, our research identifies a gap between public preferences and existing law.

Our findings reveal that the American public ranks environmental displacement explicitly due to climate change as equally deserving of refugee status or asylum as persecution due to political opinion, persecution due to national origin, and persecution due to membership in a social group—three of the five currently recognized bases for asylum or refugee status in the United States. We investigate the factors that may influence how members of the American public perceive climate-displaced persons, including individuals' opinions on and experience with climate change. Even among those skeptical of climate change, displacement due to climate change is considered as deserving of asylum in the United States as is persecution when compared to economic migrants. Not only do Americans favor providing asylum to those displaced by climate change at the same levels as the currently accepted criteria, but climate skeptics also do not differ in statistically significant ways.

When asked to assign a ranking to the reasons a person might seek asylum in the United States, respondents ranked climate-related displacement on par with persecution based on nationality, political opinion, and membership in a social group. Only persecution based on race and religion rank higher on average than displacement due to climate change. A member of the U.S. public is more likely to perceive an individual fleeing the negative effects of climate change as deserving asylum in the United States than an individual seeking economic opportunity. These findings suggest that barriers to including climate change-displaced migrants in U.S. humanitarian admissions streams may be lower than previously thought—a finding with live policy implications as the Biden administration considers how it will manage the migration effects of a warming planet. 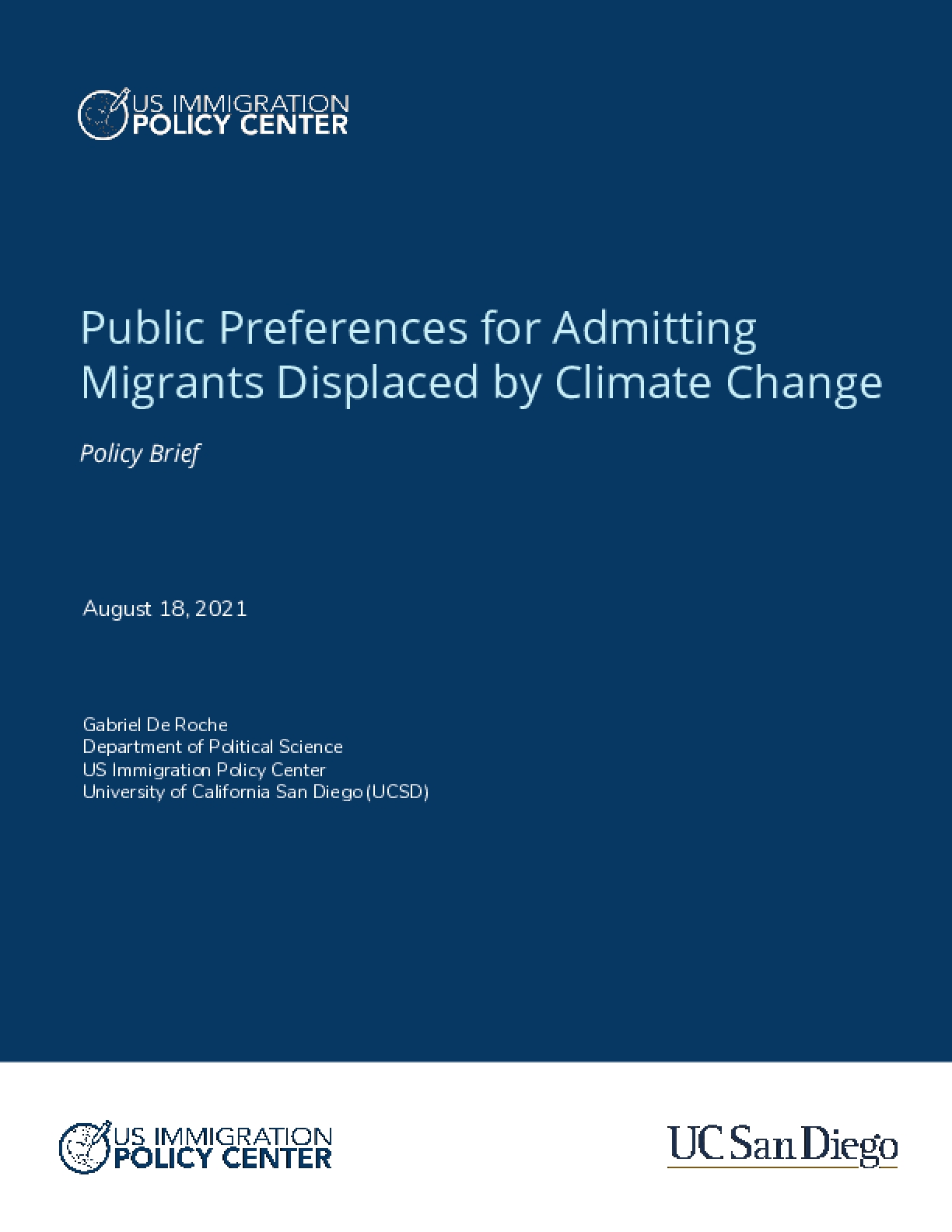