Public Spending, By The People: Participatory Budgeting in the United States and Canada in 2014-15

From 2014 to 2015, more than 70,000 residents across the United States and Canada directly decided how their cities and districts should spend nearly $50 million in public funds through a process known as participatory budgeting (PB). PB is among the fastest growing forms of public engagement in local governance, having expanded to 46 communities in the U.S. and Canada in just 6 years.

PB is a young practice in the U.S. and Canada. Until now, there's been no way for people to get a general understanding of how communities across the U.S. implement PB, who participates, and what sorts of projects get funded. Our report, "Public Spending, By the People" offers the first-ever comprehensive analysis of PB in the U.S. and Canada.

Here's a summary of what we found:

Overall, communities using PB have invested substantially in the process and have seen diverse participation. But cities and districts vary widely in how they implemented their processes, who participated and what projects voters decided to fund. Officials vary in how much money they allocate to PB and some communities lag far behind in their representation of lower-income and less educated residents.

The data in this report came from 46 different PB processes across the U.S. and Canada. The report is a collaboration with local PB evaluators and practitioners. The work was funded by the Democracy Fund and the Rita Allen Foundation, and completed through a research partnership with the Kettering Foundation. 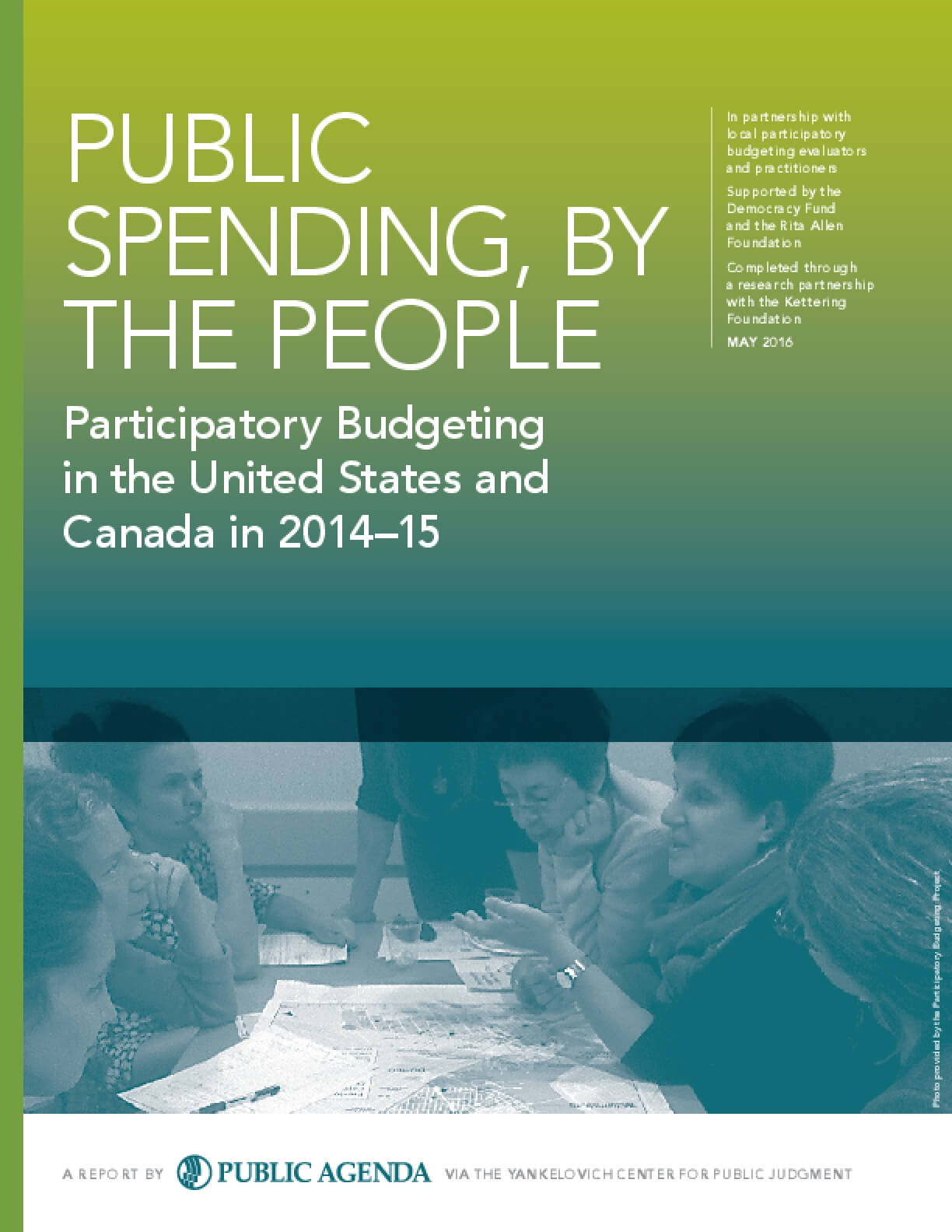