Puerto Rico's circumstances changed significantly with the devastating impact of Hurricane Maria in September 2017. The storm claimed the lives of an estimated thousands of people, destroyed the island's infrastructure, severely damaged over 472,000 homes, and completely shut down utilities. The Financial Oversight and Management Board for Puerto Rico estimates there to be at least $80 billion in damage from the storm, though a report from Puerto Rico's governor estimated it would take $95 billion to rebuild.

This paper finds that the Board's new fiscal plan, like the previous one, is based on overoptimistic macroeconomic assumptions, downplays the negative impacts of continued austerity, and fails to address many of the structural problems at the core of Puerto Rico's lost decade, all while mandating a significant erosion of worker rights and reductions in public services. 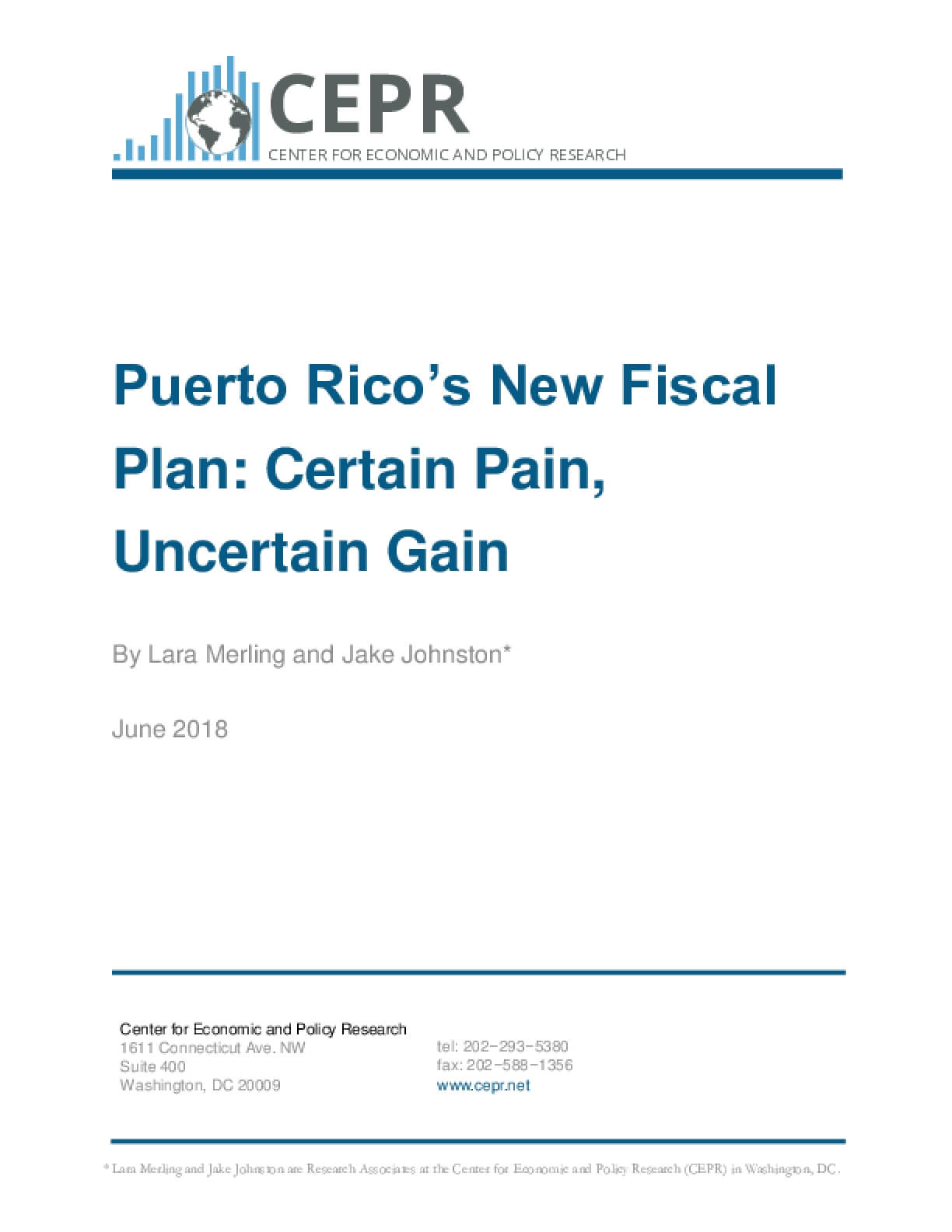