The report shows that many challenges remain to improving the care of patients with serious, life-limiting illness. For more than 20 years, the Dartmouth Atlas Project has documented glaring variations in how medical resources are distributed and used in the United States. 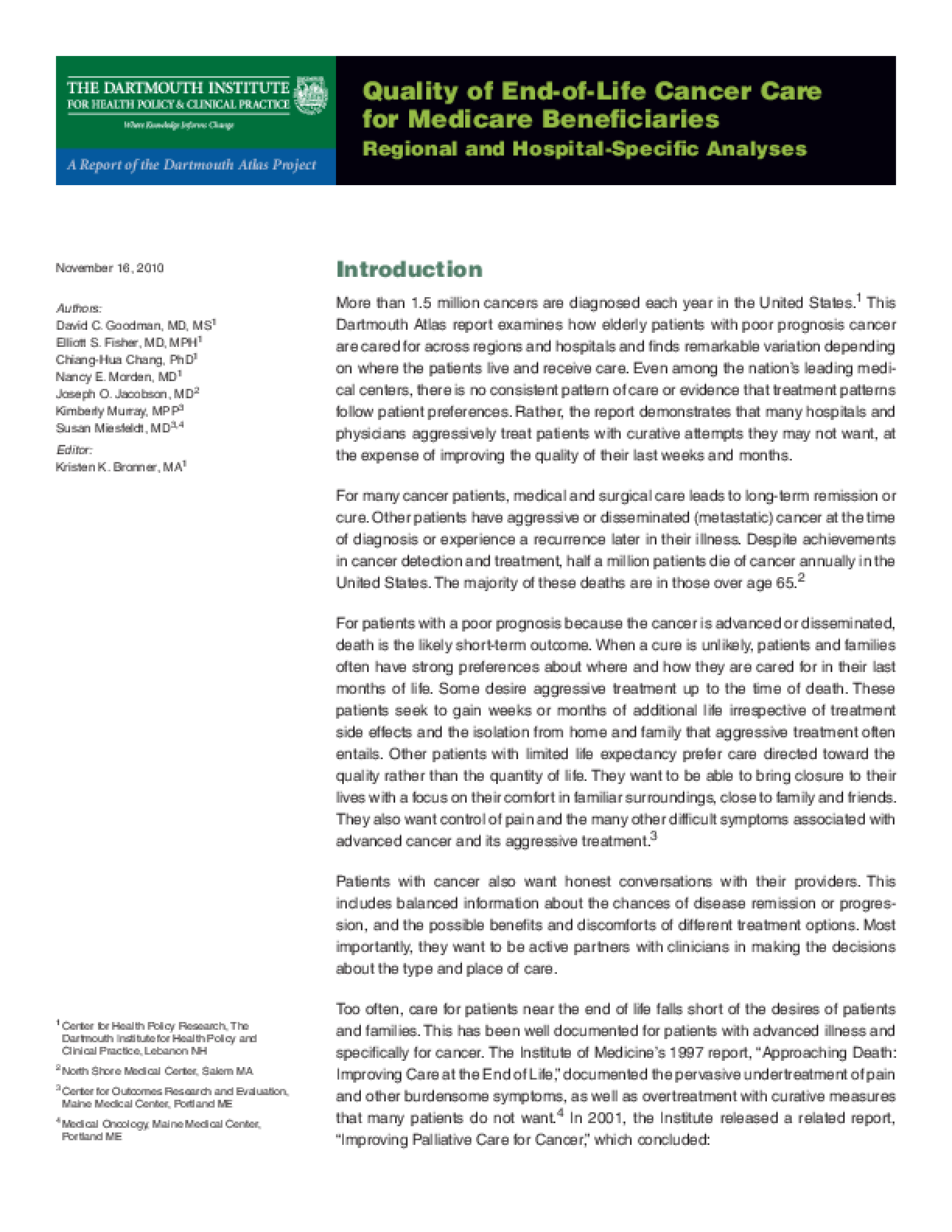