Race and Prosecution in Manhattan

This report summarizes a two-year study which analyzed more than 200,000 cases. It focuses on the role of prosecutors during several points of a criminal case -- case acceptance for prosecution, dismissals, pretrial detention, plea bargaining, and sentencing recommendations -- and whether prosecutorial discretion contributes to racially and ethnically disparate outcomes. While the best predictors of case outcomes were factors that directly pertained to legal aspects of a case -- including the seriousness of the charge, the defendant's prior record, and the offense type -- the research also found that race remained a factor in case outcomes. 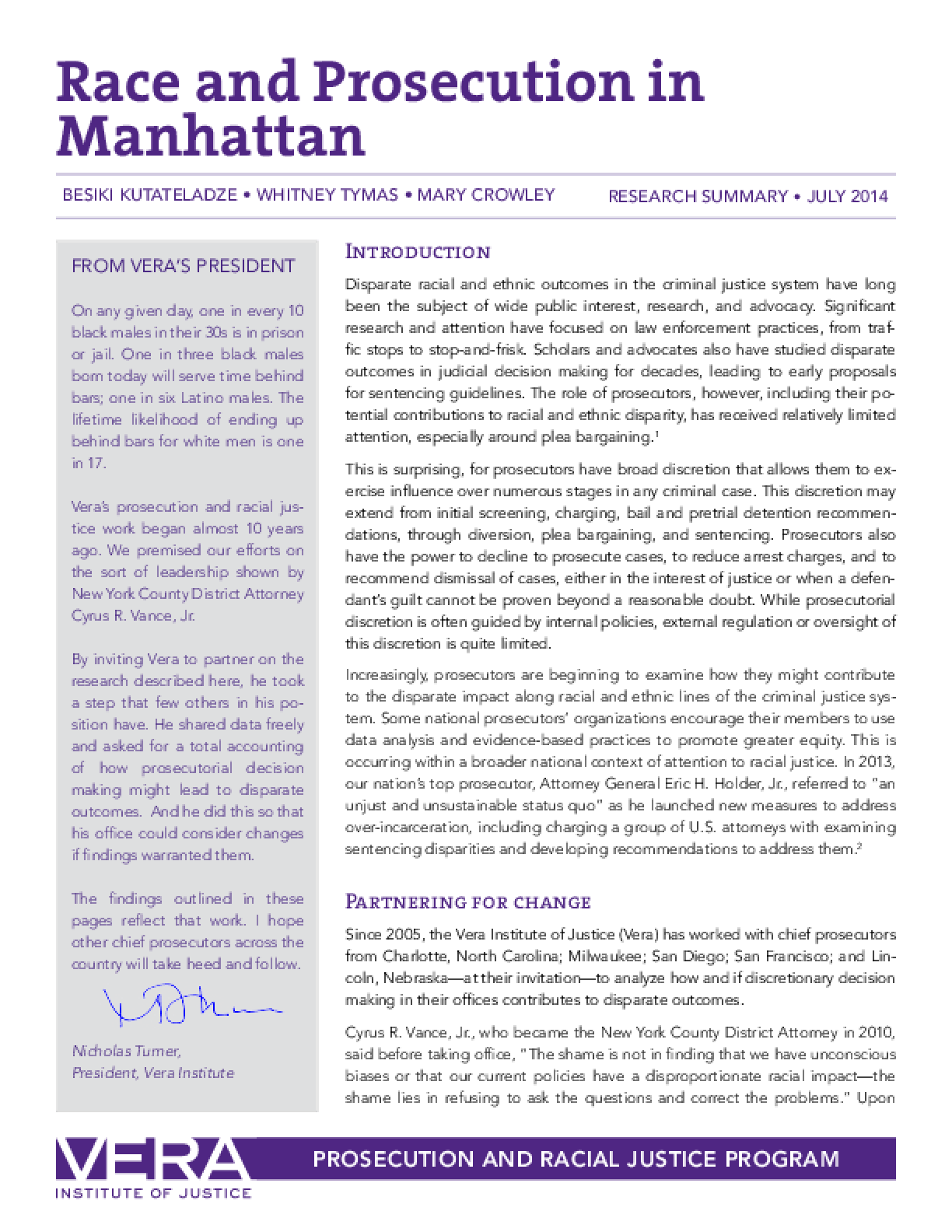