Race and Wrongful Convictions in the United States

African Americans are only 13% of the American population but a majority of innocent defendants wrongfully convicted of crimes and later exonerated. They constitute 47% of the 1,900 exonerations listed in the National Registry of Exonerations (as of October 2016), and the great majority of more than 1,800 additional innocent defendants who were framed and convicted of crimes in 15 large-scale police scandalsand later cleared in "group exonerations." This report examines this racial disparity in the context of the three types of crime that produce the largest numbers of exonerations in the Registry: murder, sexual assault, and drug crimes. 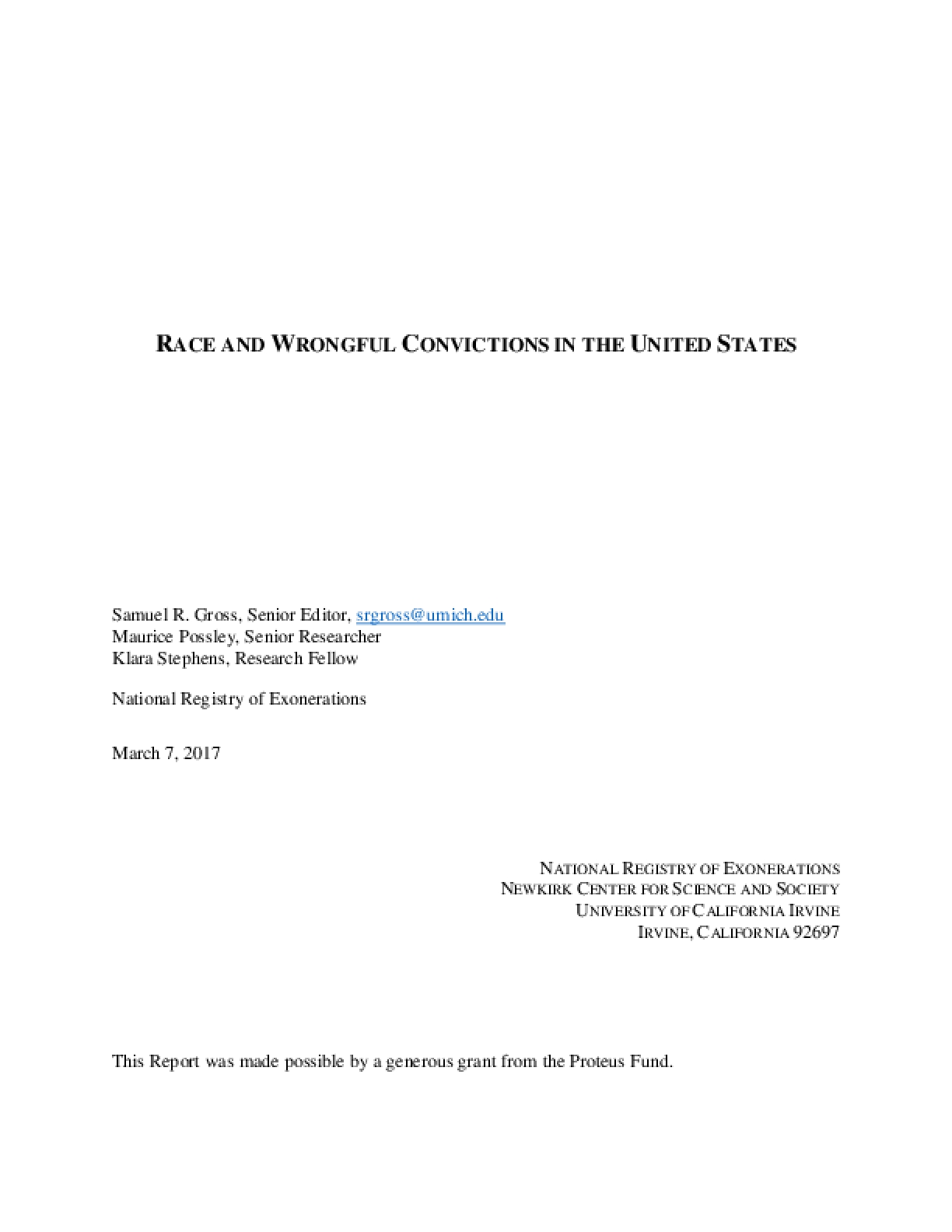