Race to the Bottom? The Presidential Candidates' Positions on Trade

In recent weeks the economy has been in the headlines and in the sights of politicians seeking the presidency. Particularly on the Democratic side, the candidates have sought to paint a picture of a doom-and-gloom economy and a convenient culprit: the trade policies of the Bush administration. Although Sen. John McCain has largely stuck to his free-trade principles, even when it might have been politically expedient to appeal to voters' worst instincts, Sens. Hillary Clinton and Barack Obama have entered into a seemingly escalating war of words over the alleged damage done by trade liberalization. As news about the economy worsened and crucial primary contests in industrial states such as Ohio and Pennsylvania approached, the rhetoric reached a nadir. As voters consider the mix of policy offerings by the candidates, a look at their records on trade during their time in Congress and their statements during the campaign can give some early guidance as to the direction of the next administration's trade policy. Although trade votes are a necessarily imperfect yardstick with which to measure future policy -- packaged as they often are with other, sometimes contradictory, legislation -- they seem to be consistent with the campaign pledges of the candidates. Voters could expect a President Mc-Cain to promote freer trade and cuts in market-distorting subsidies, and a President Clinton or a President Obama to view free trade between voluntary actors as something 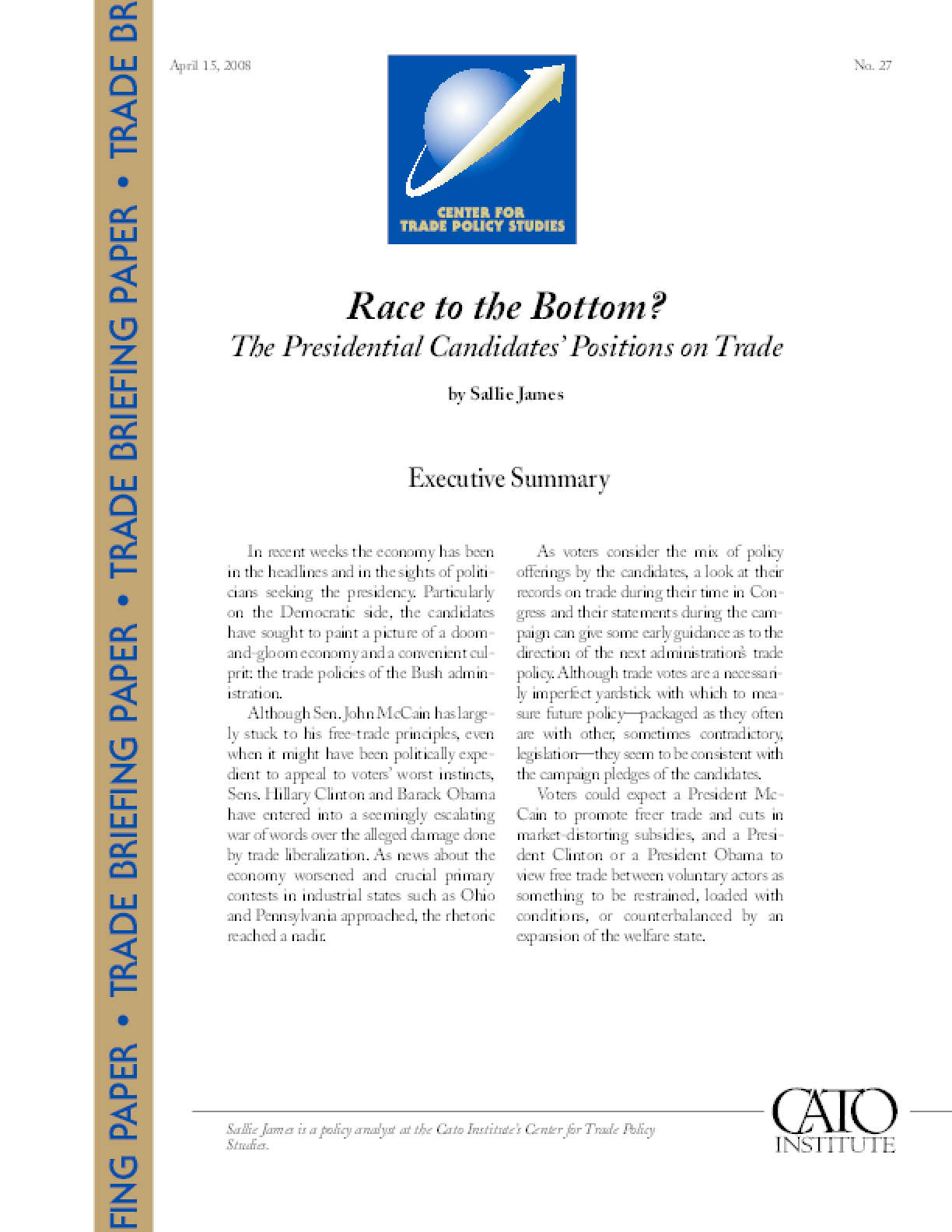