Outlines expected requirements for the American Recovery and Reinvestment Act's funding to the states for education reform. Offers strategies for improving teacher quality in Colorado, as well as data infrastructure, low-performing schools, and standards. 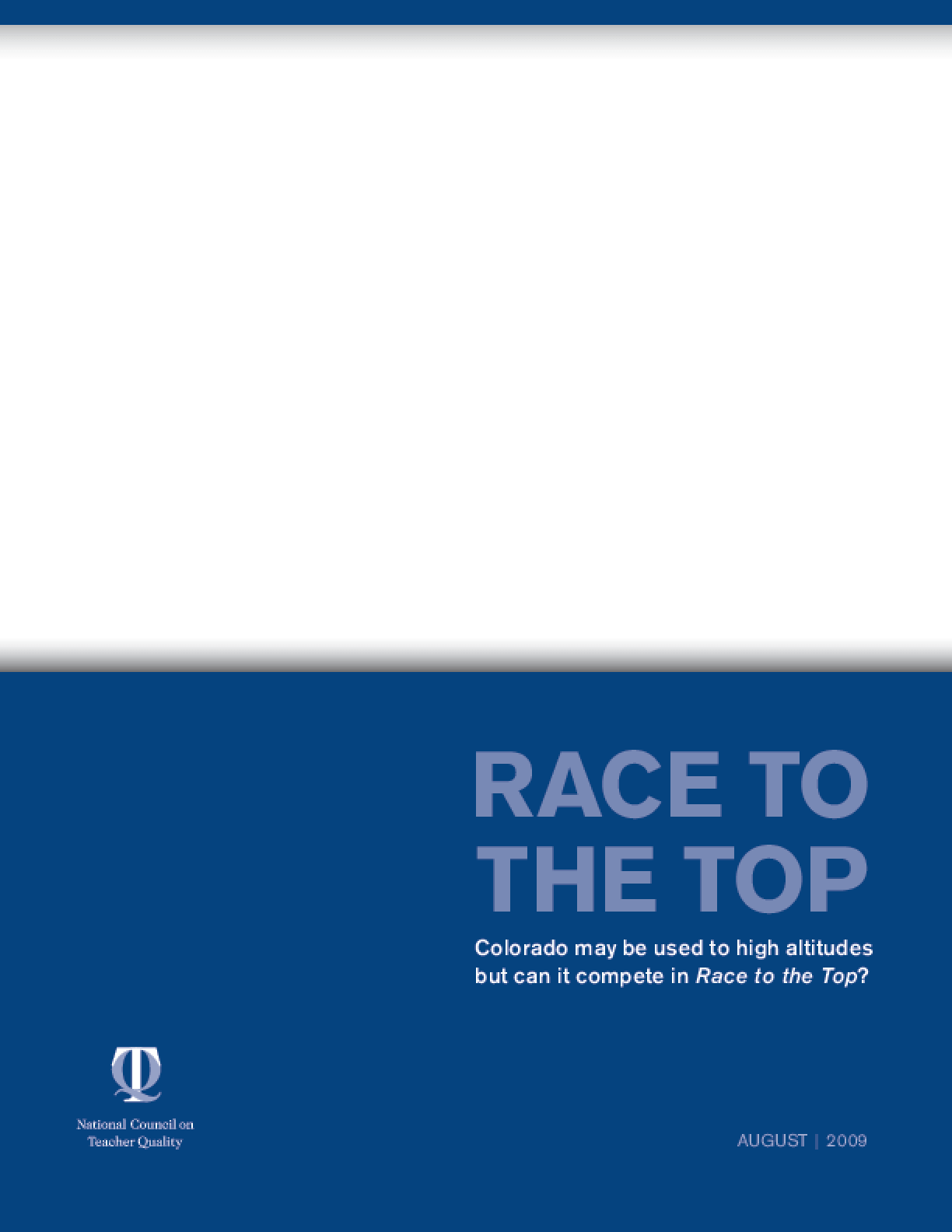