This issue brief shows that zero-tolerance policies that mandate automatic disciplinary consequences are applied unevenly across racial and ethnic groups, contributing to the disproportionality problem and creating risks of other negative life outcomes, such as higher drop-out rates, lower academic achievement, incarceration later in life and all of their collateral results. 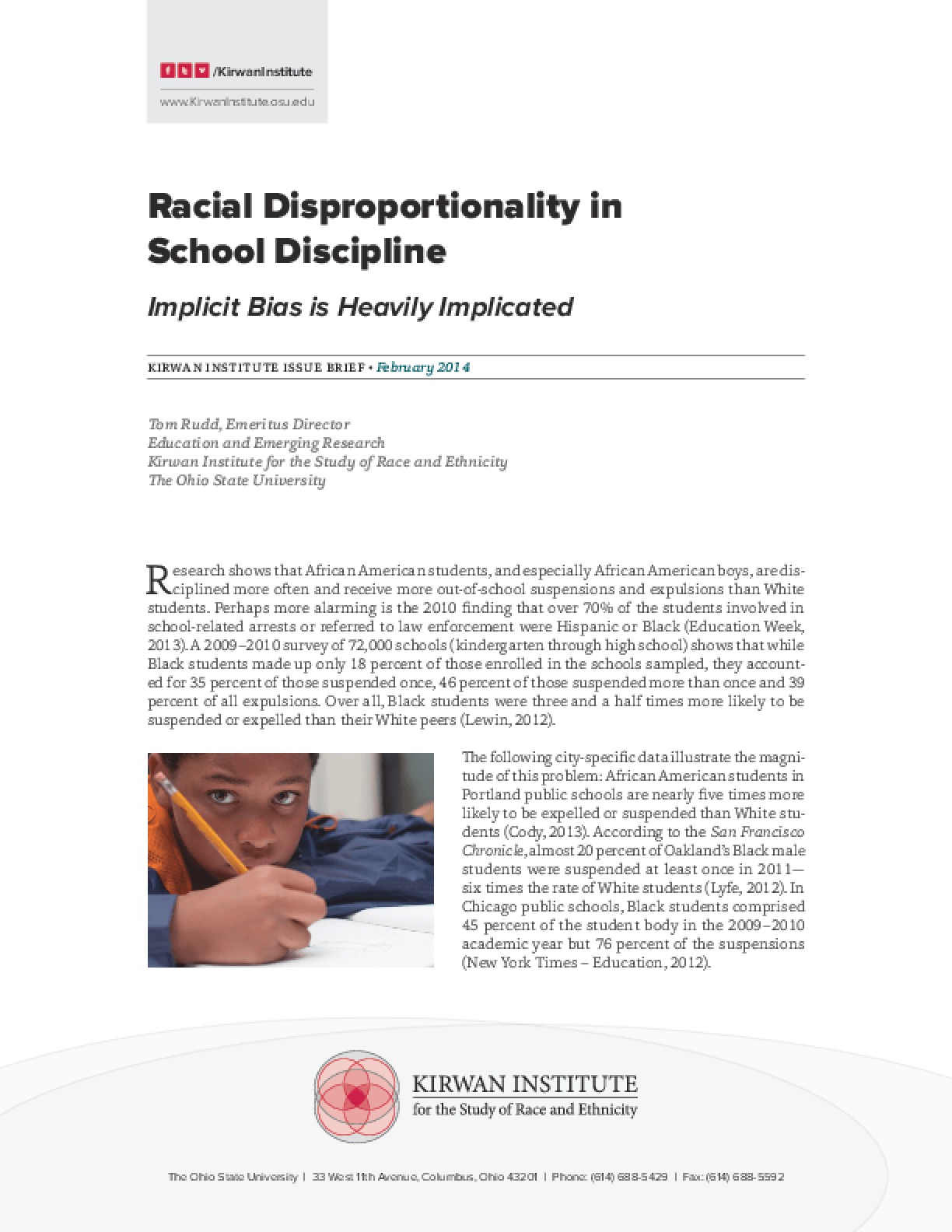