The following document provides a snapshot of conditions of racial equity and inequity for the United States. The report presents an overview of indicators measuring racial equity among racial and ethnic populations in the areas of family income and assets, community assets, education and learning, food, health and well being and civic and philanthropic engagement. Although limitations on data availability prevent this report from providing an exhaustive evaluation of conditions for racial and ethnic groups, the available data presents an alarming view of the many challenges facing racial equality in our nation.

Racial groups of color fall behind on most of the indicators provided in this report. In particular, African Americans, Latinos and Native Americans in our nation are struggling in some of these basic indicators. Income and asset indicators suggest great levels of economic insecurity for people of color in the U.S. Indicators of community wealth portray persistent levels of segregation in our neighborhoods and suggest communities of color are lacking in sustainable credit, capital and critical resources like jobs. Indicators of education and learning illustrate the growing racial and economic isolation/segregation for students of color and as a result students of color demonstrate decreased educational outcomes, especially African American and Latino students. Health indicators suggest that the entire nation lacks adequate health insurance, while lack of health insurance burdens racial and ethnic populations most. Indicators of civic engagement suggest that our nation's non-White populations are voting in greater numbers but remain underrepresented among elected officials at the state and federal level. Across the various domains (economics, education, health, community, etc.), the data finds systematic and persistent racial inequities plaguing the future of our nation's racial and ethnic populations 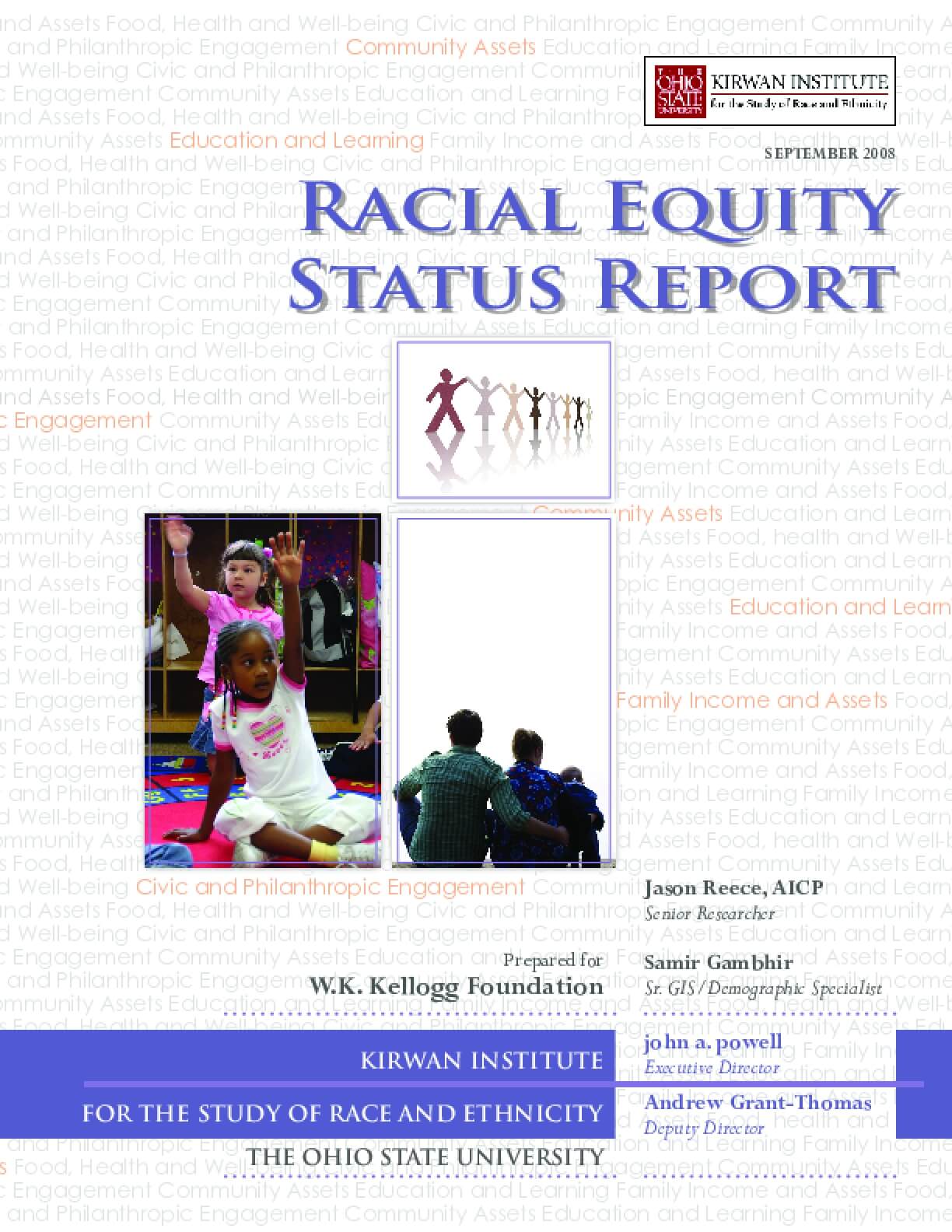