This paper reports the results of an analysis of the Vermon State Police's first year of race data on traffic stops, arrests, and searches for the period July 2010 through June 2011. The results are compared to those reported in McDevitt and Posick (2011). The main innovation of this study is that it examines racial differences in outcomes for each minority group relative to Whites, while the previous study combined all minorities into one group for comparison to White drivers. As a result the analyses and conclusions drawn differ, with this study finding much more robust evidence of racial disparities in policing, particularly for Blacks and Hispanics. 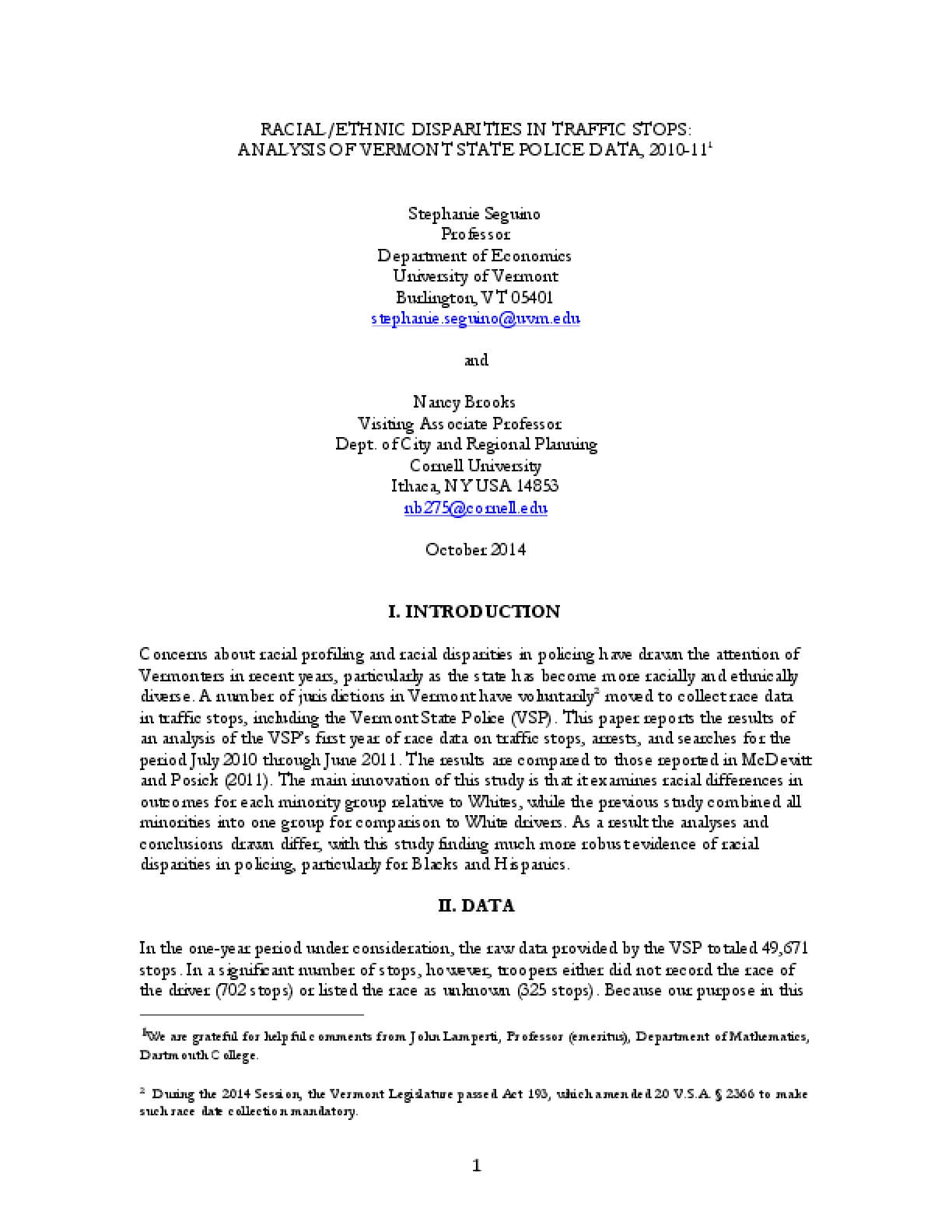