Radical Architects: Philanthropy and the Construction of Colombian Modernity

Historians have often overlooked a central component of the story of the Green Revolution: the construction of laboratories, research stations, universities, and other facilities that made crop research possible. My recent research at the Rockefeller Archive Center started with one pivotal research center—the CIAT (Centro Internacional de Agricultura Tropical) in southwestern Colombia—to try and understand it as an architectural project. When CIAT was finished in the early 1970s, it had already benefitted from years of Rockefeller Foundation (RF) and Ford Foundation (FF) support to that particular project, as well as decades of philanthropic funding at local universities in the nearby cites of Palmira and Cali. The Universidad del Valle (Uni Valle) in Cali had been a particular focus of U.S. philanthropic funding for university development. Among other disciplines, foundations promoted architecture there as a means for international development. From crop research labs to public health centers, Uni Valle architects were supposed to foment modernization by building the facilities that would make it possible. But architecture was more than a facilitator of development; it also became a central site of contestation. At CIAT, officials debated the proper aesthetic and spatial organization that modernizing facilities should take. At the Universidad del Valle, the very architecture students and faculty meant to serve as the champions of a particular kind of modernity, in fact, confounded an easy United States-led development project. Some faculty were radical leftists, and together with students, they led a movement to gain greater control over the university administration from both local and international administrators. 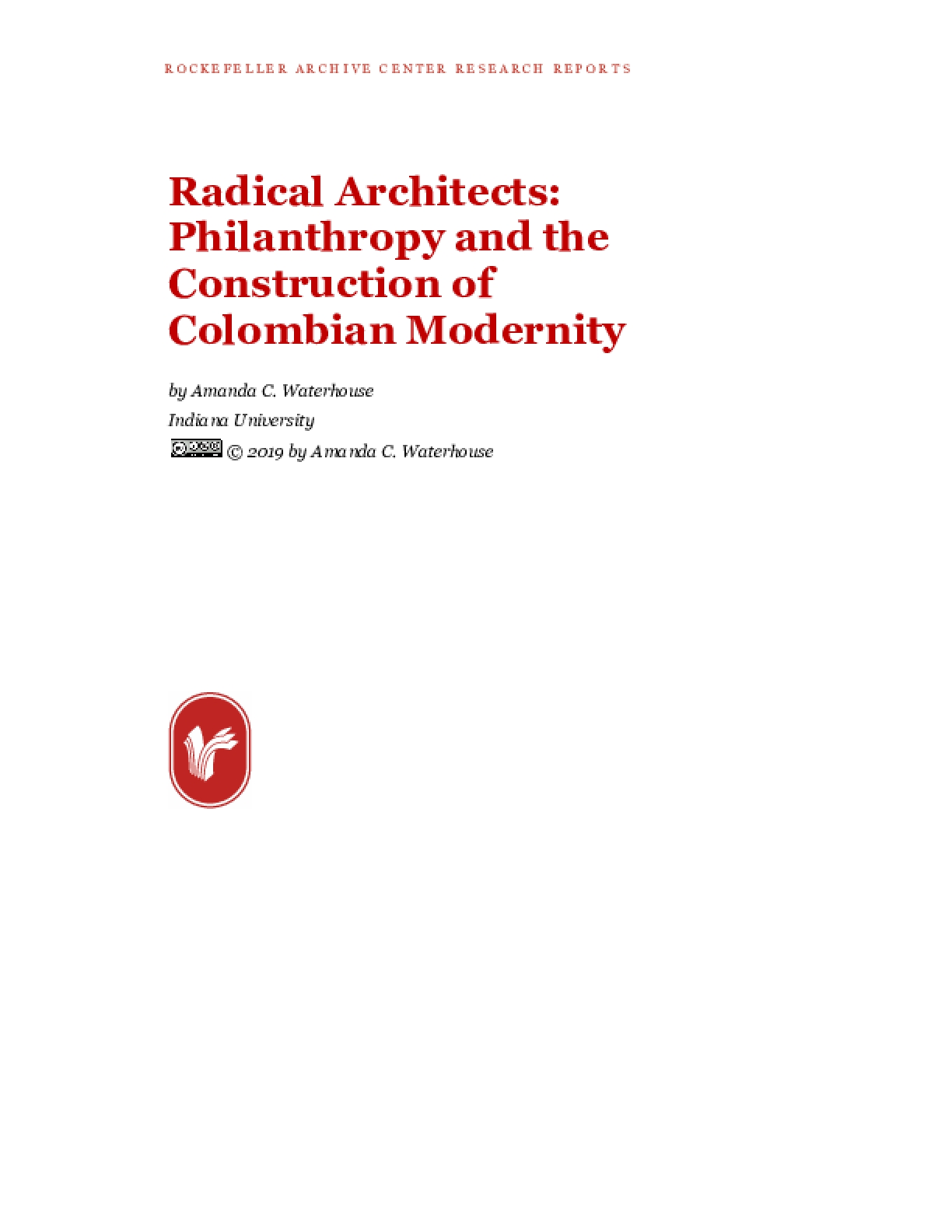