Brooklyn's Community School District 16 (CSD16) is a chronically low-performing district that encompasses the eastern half of Bedford-Stuyvesant, a section of northeastern Crown Heights, and a small portion of Brownsville. CSD16 consists of 26 traditional public schools with a total enrollment of 9,900 students. Eighty percent of CSD16 students are eligible for free and reduced lunch. CSD16 serves 11 public housing complexes.

The metric used to determine college and career readiness, however, is even more troubling. Students are considered college ready in New York when they score 75% or higher on their English Regents and 80% or higher on their Math Regents. Of the four high schools located in CSD16 with 2011-2012 graduating classes, two had a 5% college readiness rate among graduates over a four year period, one had a 3% rate, and the remaining had a college readiness rate of 0.0%.

In citing these statistics, this report makes the case that CSD16 has significant challenges that severely undermine the efforts of Black and Brown families to provide opportunities for their children to thrive educationally. At the same time, CSD16 has strengths. For example, there are strong nonprofit institutions and a civically engaged working-and middle-class, which offer opportunities for individual community-based donors, established foundations, and public sector agencies to team up with local stakeholders to improve the educational outcomes of students in CSD16. 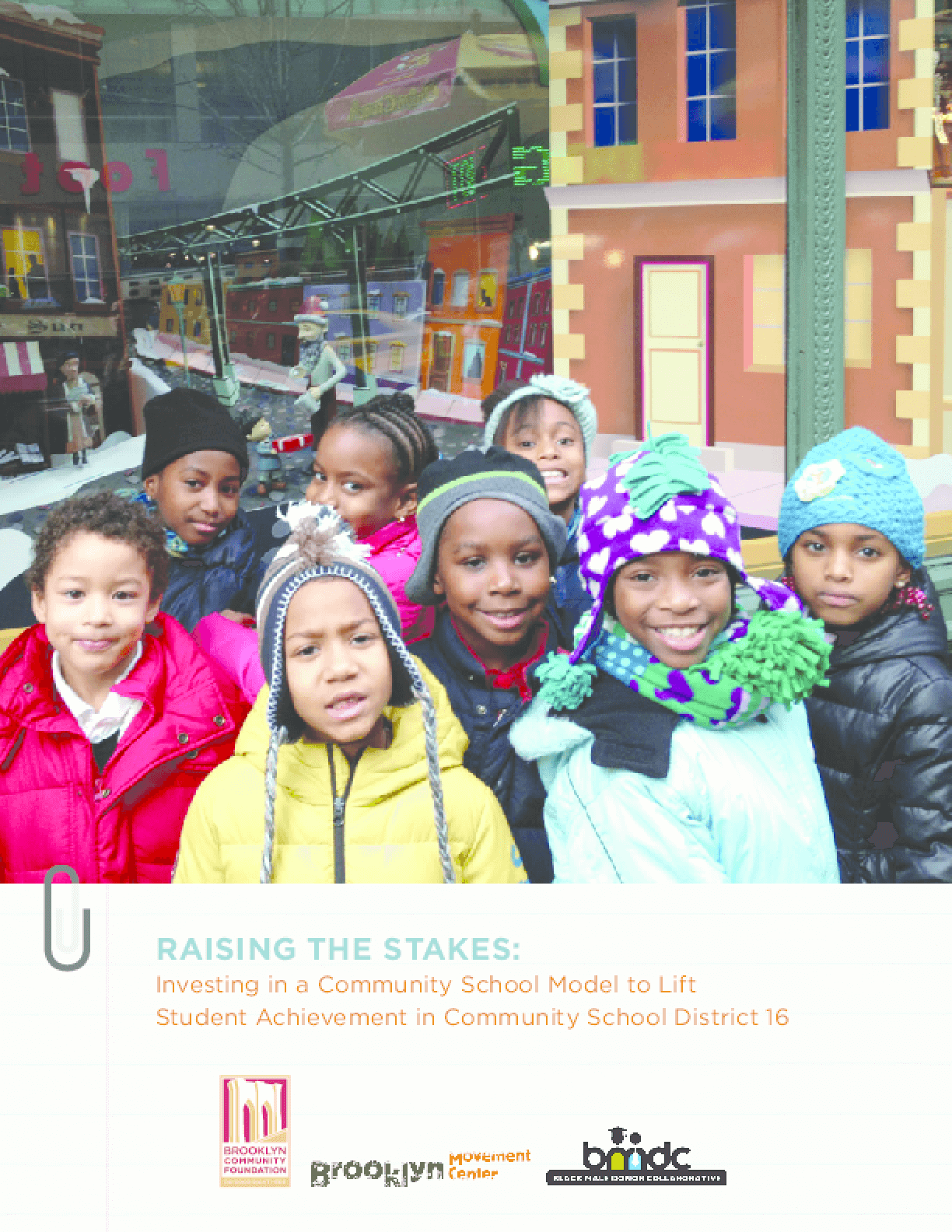