Rating the Region: The State of the Delaware Valley

In 1993, DVRPC published the first Rating the Region report, which compared the Philadelphia metropolitan area to the nation's nine other largest metros plus Pittsburgh and Baltimore as regional competitors. That report found that the Philadelphia region had one of the nation's most diverse economies, low unemployment, a low poverty rate, affordable housing, relatively low taxes, short commute times, and a multitude of colleges, universities, and hospitals. This 2007 version of Rating the Region updates the 1993 report, providing an objective, quantifiable analysis of the relative strengths and weaknesses of the Delaware Valley region. Using comparable data from the Census Bureau and other Federal agencies, existing conditions and trends of the region are measured against other metropolitan regions around the country. The report compares the metropolitan areas in terms of their human environment (including diversity, age, income, education, health, and safety); the economy; the built and natural environment (including density, housing characteristics, residential construction, and urban parkland); transportation; and the civic environment (including representation, taxes, revenue, expenditures, conservation funding, and arts and culture). Based on this analysis, the Delaware Valley continues to offer a diverse economy, affordable housing opportunities, a quality highway and transit network, short commute times, quality air and port facilities, a large number of colleges, universities, and cultural opportunities, and an extensive health care network. These strengths, however, threaten to be checked by regional challenges, such as urban concentrations of poverty and unemployment, low labor force participation, poor educational attainment in its cities, a rapidly aging population, and fragmented local government. The challenge facing the region is capitalizing and building on its strengths while recognizing and working to address its identified weaknesses. 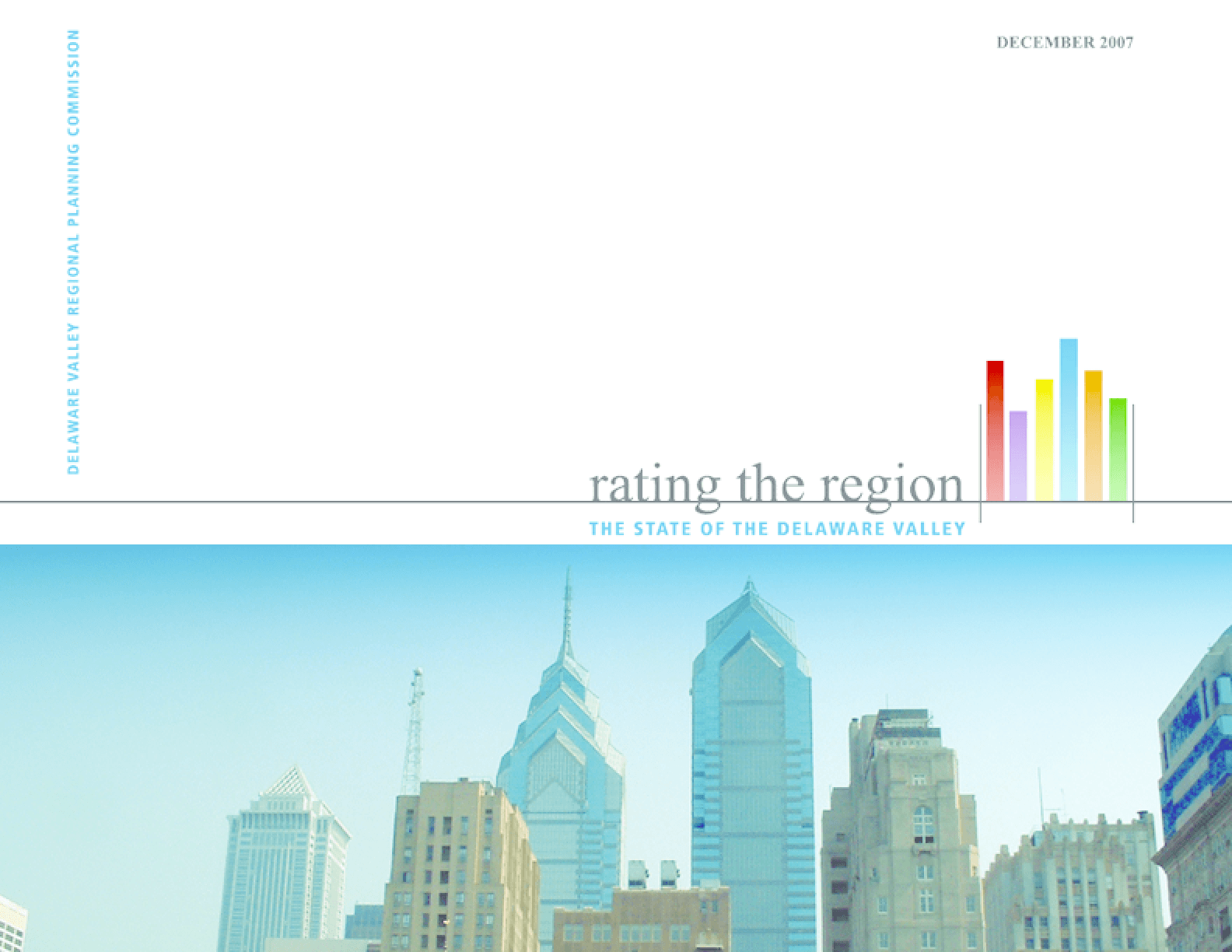