This report is the second of five volumes from a five-year study, funded by The Wallace Foundation and conducted by the RAND Corporation, designed as a randomized controlled trial that assesses student outcomes in three waves: in the fall after the 2013 summer program (reported here), at the end of the school year following the program, and after a second summer program in 2014 (to show the cumulative effects of two summer programs). The goal of the study is to answer one key question: Do voluntary, district-run summer programs that include academics and enrichment activities improve student academic achievement and other outcomes, such as social and emotional competence? 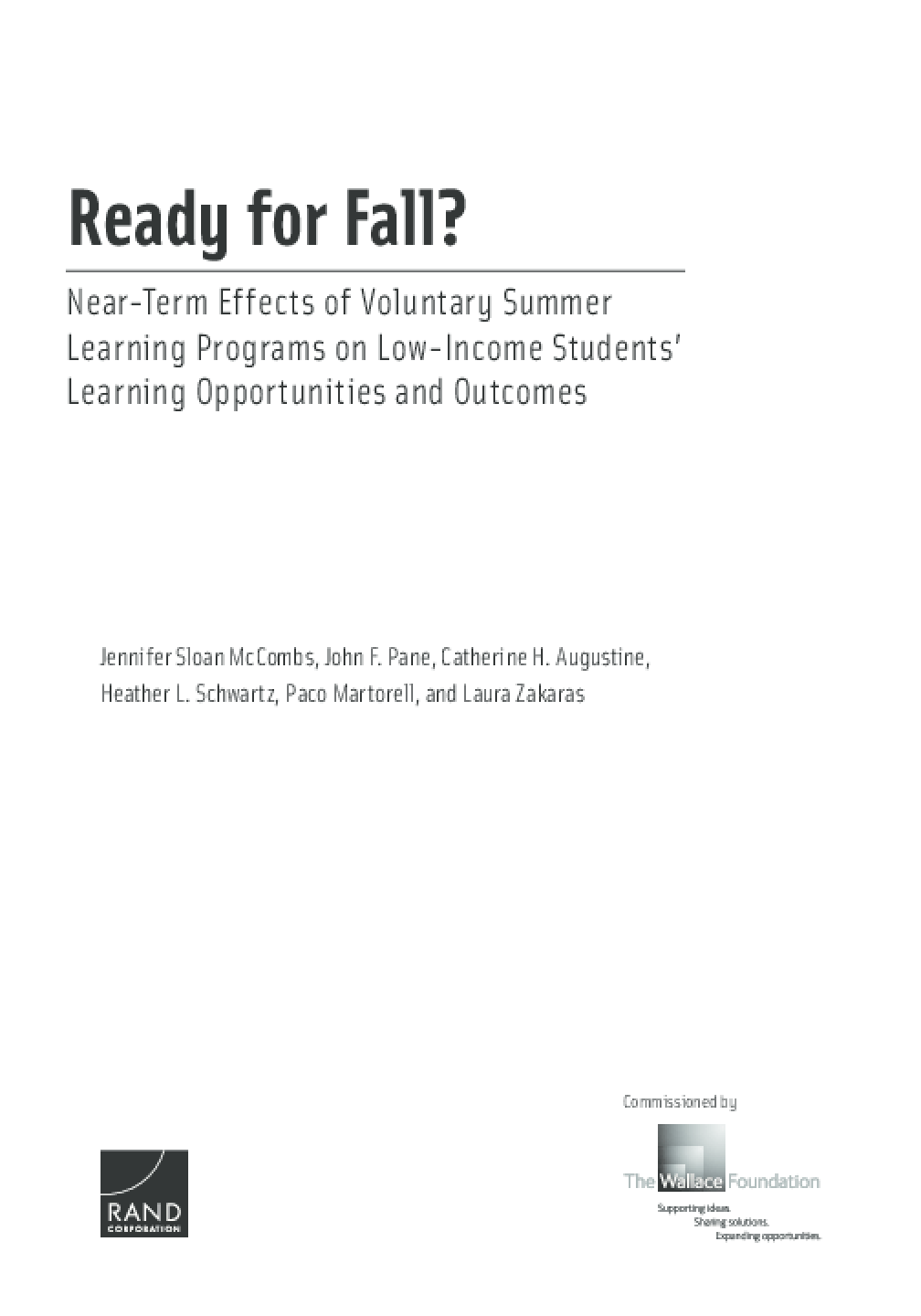