Objective: To determine why sexually experienced males and females from multiple countries in sub-Saharan Africa do not use condoms. 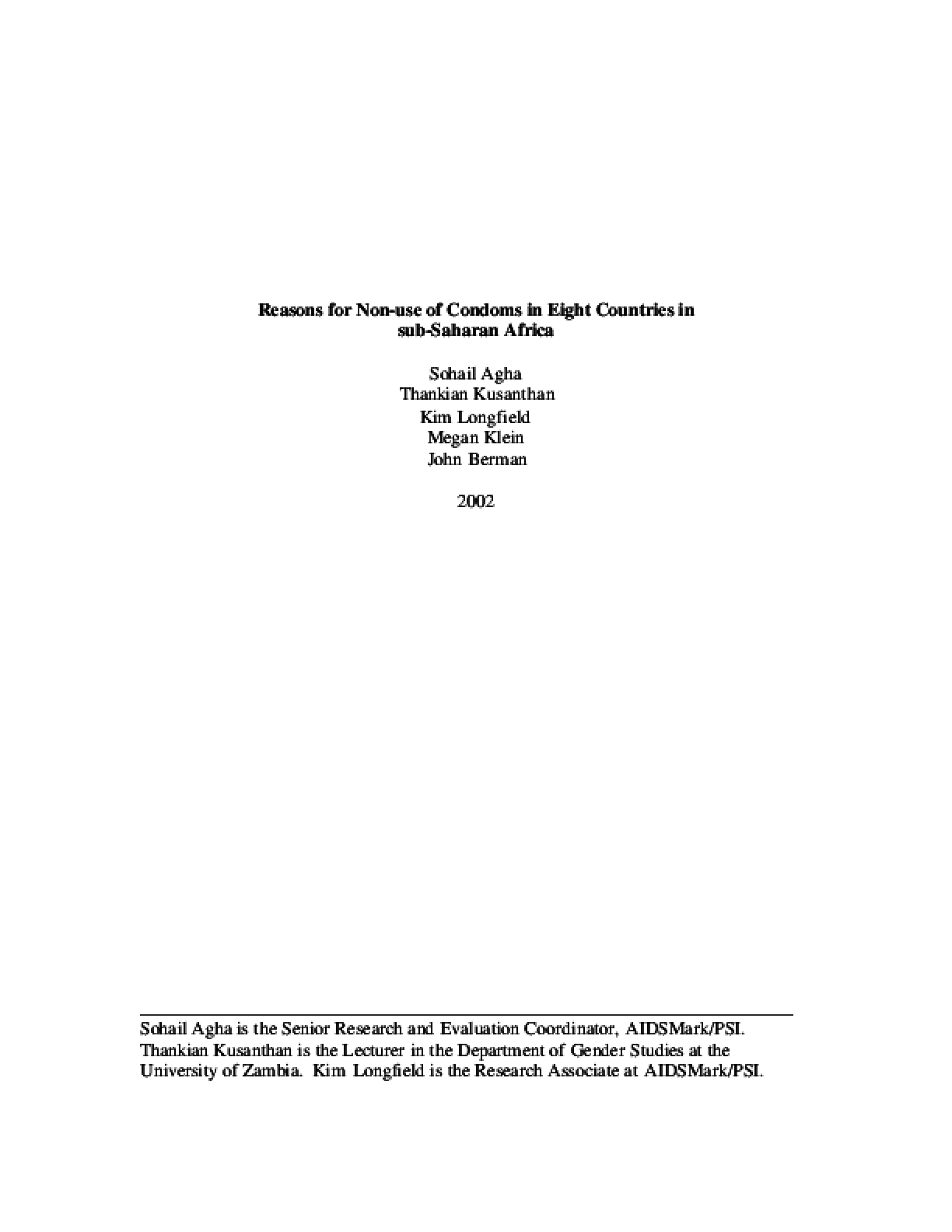