Recently there have been several notable disasters of global magnitude and high visibility that have shed light on disaster management and assistance, and on the critical role of community-based organizations (CBOs) in this area, and have served as an opportunity to consider better practices for support. In the past two years, a number of natural disasters spanning the globe have created significant destruction and havoc in the lives of millions of people – Cyclone Nargis in Myanmar (2008); the earthquakes in Peru (2007) and Sichuan, China (2008); the floods in Haiti, the Dominican Republic and the UK (2007); the wildfires in California (2007); and the devastating flood in the State of Bihar, India (2008). These increasingly frequent occurrences have led to recognition of the necessity to better understand the needs of affected populations during these periods of crisis; to increase the effectiveness and quality of relief, recovery and rehabilitation efforts; and to incorporate disaster-specific strategies and policies within already existing programs. 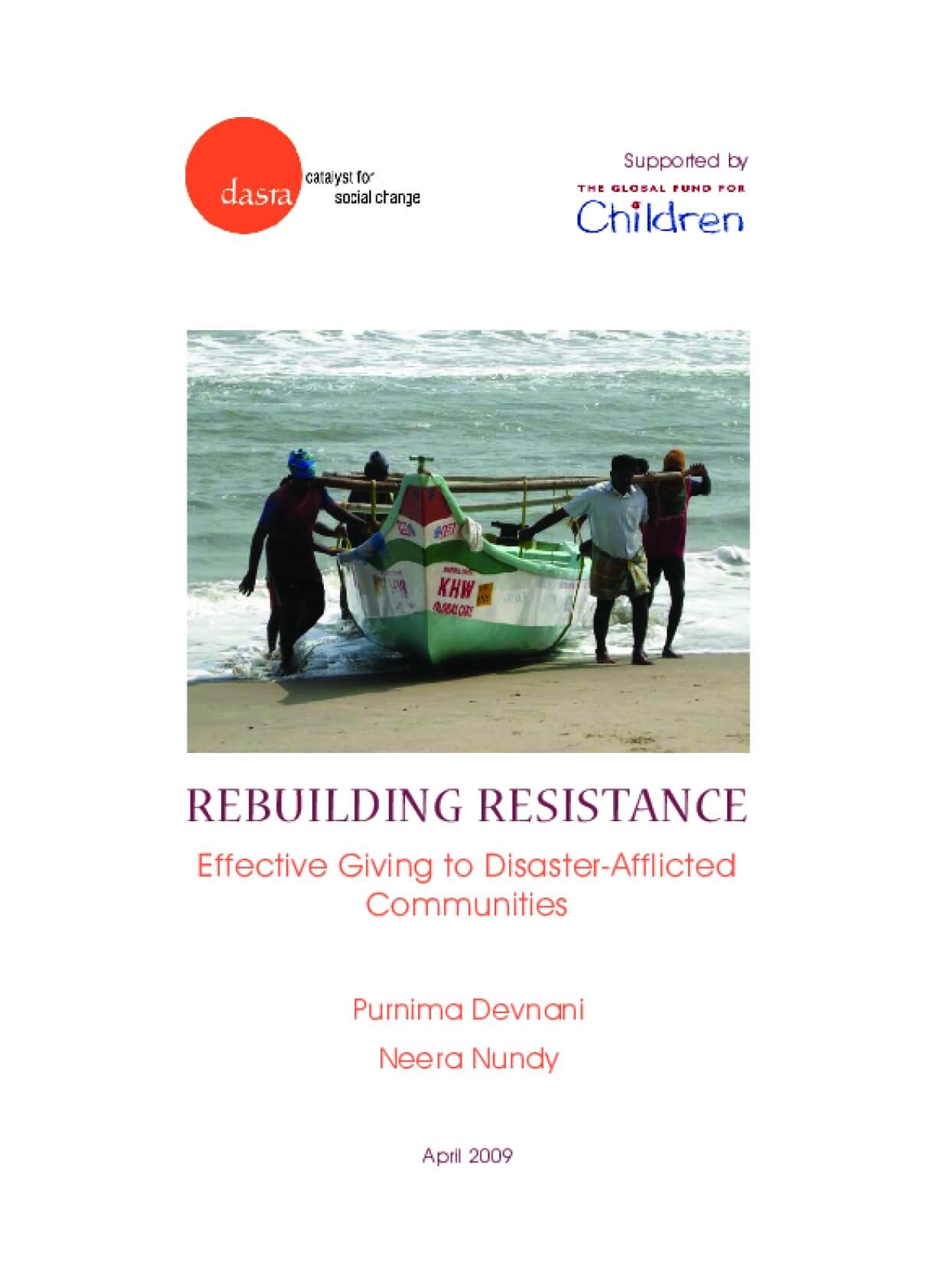