The federal government's substantial fiscal investment in higher education recognizes that postsecondary education is a linchpin in the nation's social and economic strength. The government helps ensure that colleges and universities continue to contribute broadly to the fabric of American society. The Department of Education is charged with developing procedures to carry out laws passed by Congress in regard to higher education and with overseeing institutional compliance. Institutions of higher learning recognize the important role regulations play in the oversight of federal investments. This report discovered that over time, oversight of higher education by the Department of Education has expanded and evolved in ways that undermine the ability of colleges and universities to serve students and accomplish their missions. The compliance problem is exacerbated by the sheer volume of mandates -- approximately 2,000 pages of text -- and the reality that the Department of Education issues official guidance to amend or clarify its rules at a rate of more than one document per work day. As a result, colleges and universities find themselves enmeshed in a jungle of red tape, facing rules that are often confusing and difficult to comply with. They must allocate resources to compliance that would be better applied to student education, safety, and innovation in instructional delivery. Clearly, a better approach is needed. 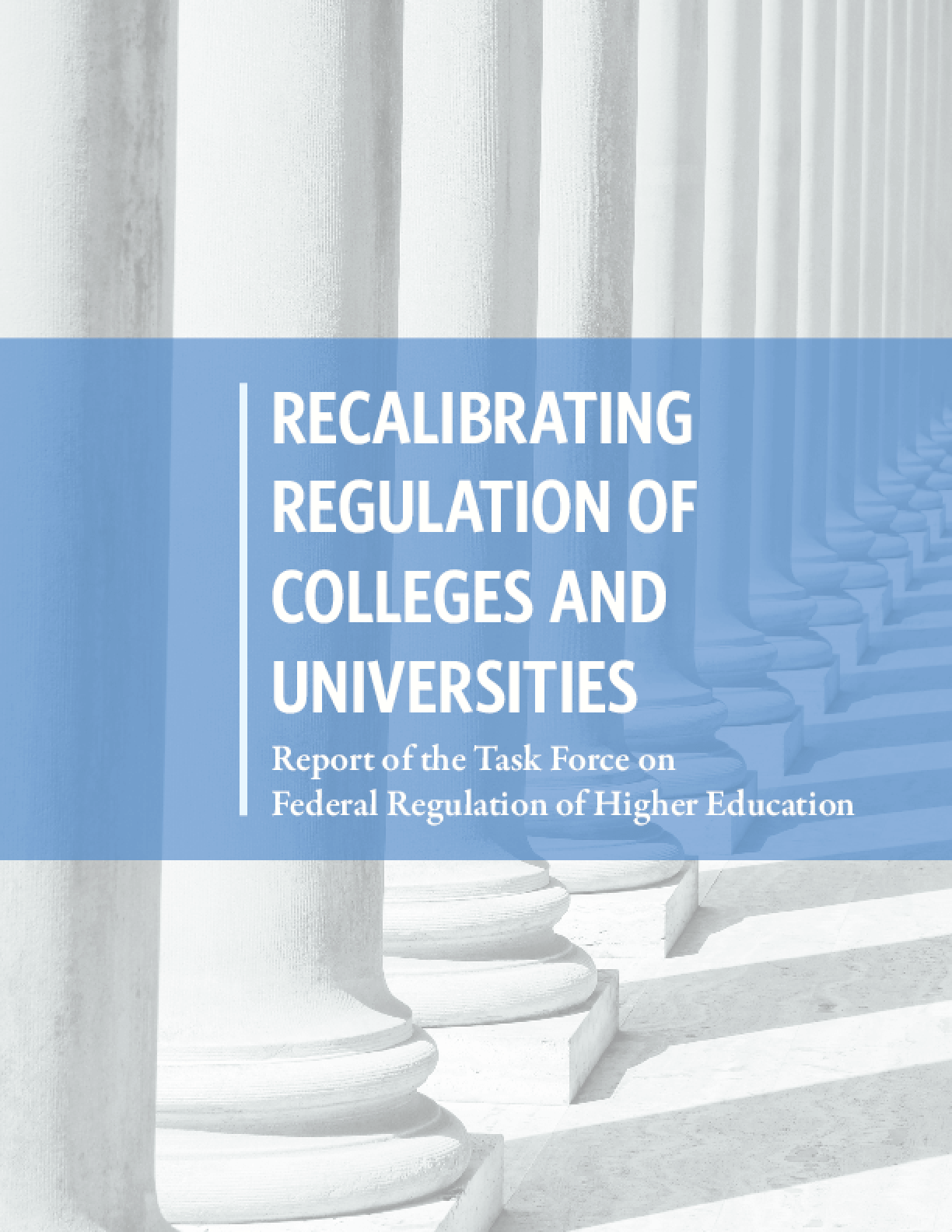