When the Recession Recovery & Beyond Advocacy Task Force began its work in the summer of 2011, Northeast Florida was suffering under the worst of the residual impact of the Great Recession that had actually "officially ended" two years earlier. You wouldn't have known it by the malaise that still enveloped the region where the unemployment rate stood at a staggering 11.2% in January, 2011. The housing market, long the major catalyst of the local economy, had collapsed, foreclosures were rampant, and new construction was nearly non-existent. Businesses were failing, and per capita income was declining.

We are pleased to report that as JCCI closes out its two-year implementation effort, solid progress has been achieved in a number of areas that will hopefully help lead to a prolonged period of sustained economic growth in the region. Significant among these are advances in small business development and entrepreneurship; momentum toward meaningful Downtown revitalization; support at the local, state, and federal levels for JAXPORT expansion; notable growth in the aviation/aerospace sector; a strong emphasis on workforce development and educational alignment with industries with plentiful job opportunities; improved regional collaboration and cooperation; and increasing traction with key stakeholders for a potential game-changing Institute of Preventive Medicine and Urban Health.

By August, 2013, the unemployment rate in the JAX MSA had dropped to 6.7%, down 4.5% from January, 2011, and a full 3.3% over the past year and a half. Local economist Paul Mason, who directs UNF's Local Economic Indicators Project, forecasts a continued drop to around 5.75% by the end of the year. Construction jobs in the Jacksonville area have risen by 8.7% in the past year, surpassed only by the professional and business services sector which has experienced job growth of 10.4% over the same period. 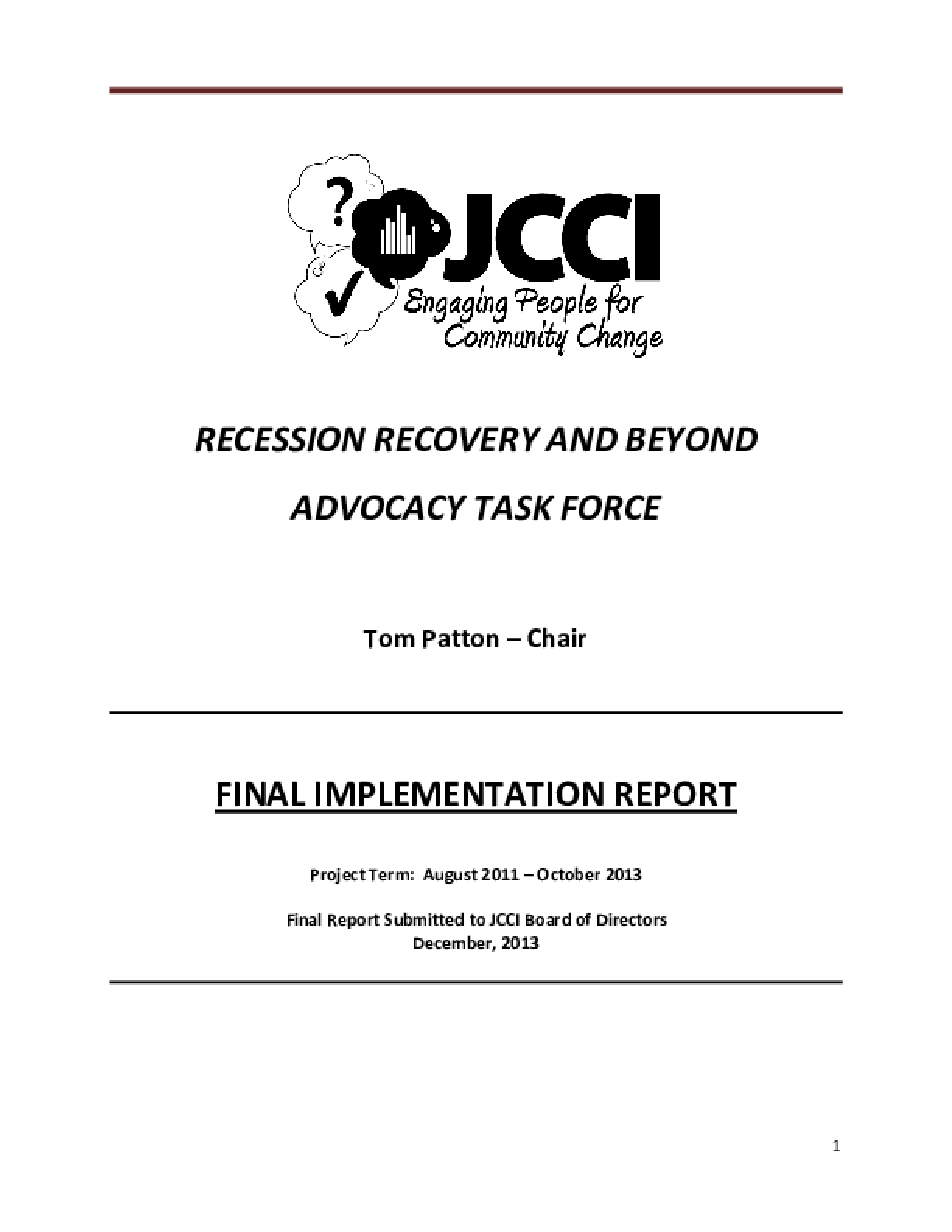