ReClaiming Koreatown: A prescription for the current and future needs of Koreatown residents

This report presents current and future needs of neighborhood residents and analyzes the challenges facing the multi-ethnic, low-income Koreatown community in Los Angeles. For the thousands of low-income residents of Los Angeles's Koreatown, the economic hardships brought on by the recent subprime mortgage housing and financial crises are not new. In the words of a Koreatown resident, "....the housing 'crisis' has been a crisis for us for a long time." Well before the current recession, Koreatown residents were complaining of increased housing costs due to the influx of upscale luxury housing units that replaced affordable housing units. The 2008 financial crisis and subsequent recession caused yet another set of problems for Koreatown. The slowing of the real estate market caused a decline in home prices, but housing costs for most Koreatown residents remain exorbitant. In the meantime, the recession has caused a loss of construction and retail jobs and other employment opportunities, creating "a crisis upon crisis" for immigrant workers in the neighborhood. The report finds that 91% of residents believe Koreatown needs more affordable housing and the vast majority is concerned about rent increases, unaffordable developments and displacement from Koreatown. The report includes testimony and profiles of local residents and the results of a community-wide survey. The conclusion of the report calls for development that is accountable to the Koreatown resident community and puts forth a set of principles for improving housing affordability and economic well-being. "This report presents a snapshot of community needs and perspectives on community development that is not well-represented in current policy discussions. This report should guide responsible developers and decision-makers, including our elected leaders, to consider the real needs of this community and to act with urgency," said Danny Park, KIWA Executive Director. 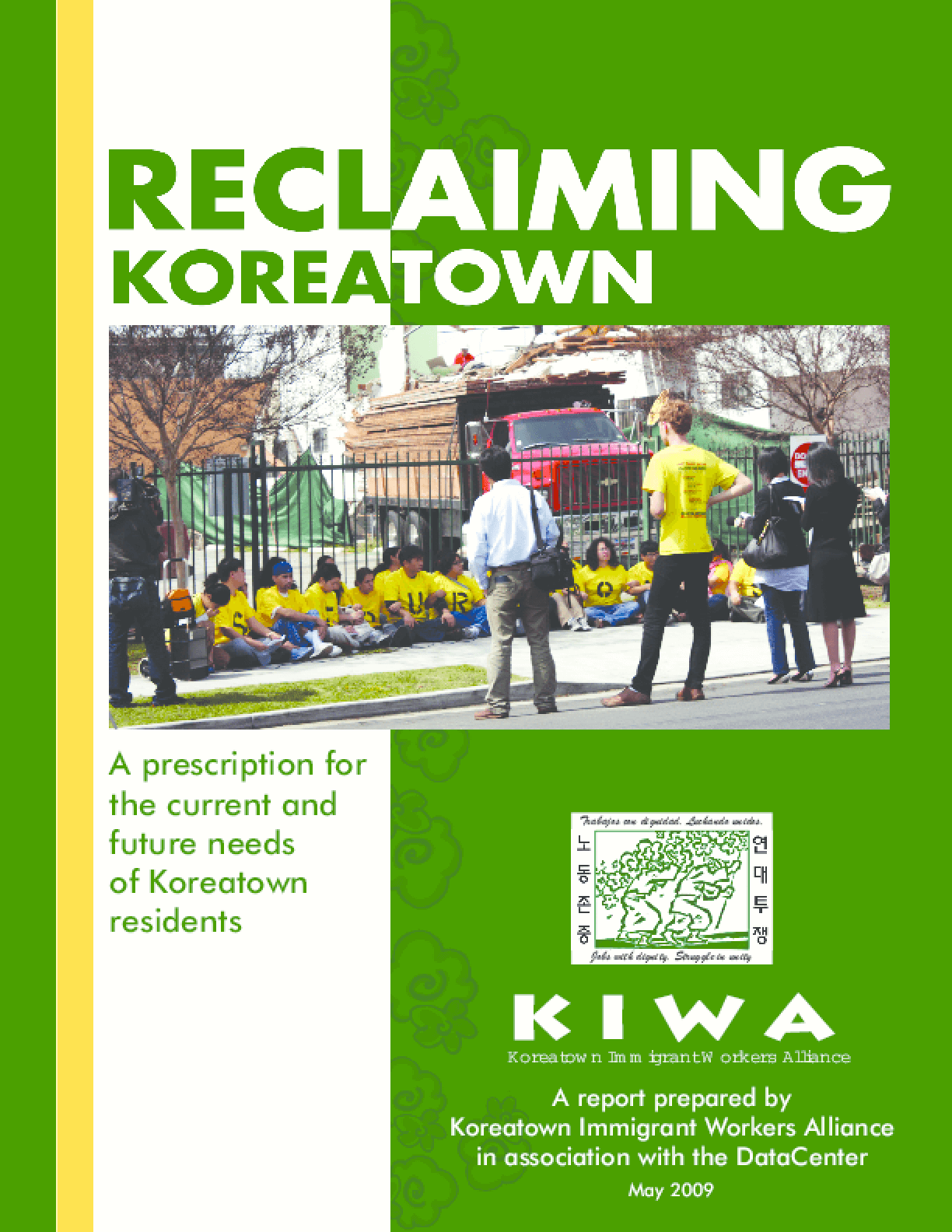