Supported by employment and education data, the authors make the case that training and recruiting African-American men in New Orleans for jobs in the regional petrochemical and construction industries would have benefits for a "triple bottom line" -- reducing chronic unemployment, reducing crime rates, and increasing the local tax base -- as well as meeting the employers' pressing workforce needs. 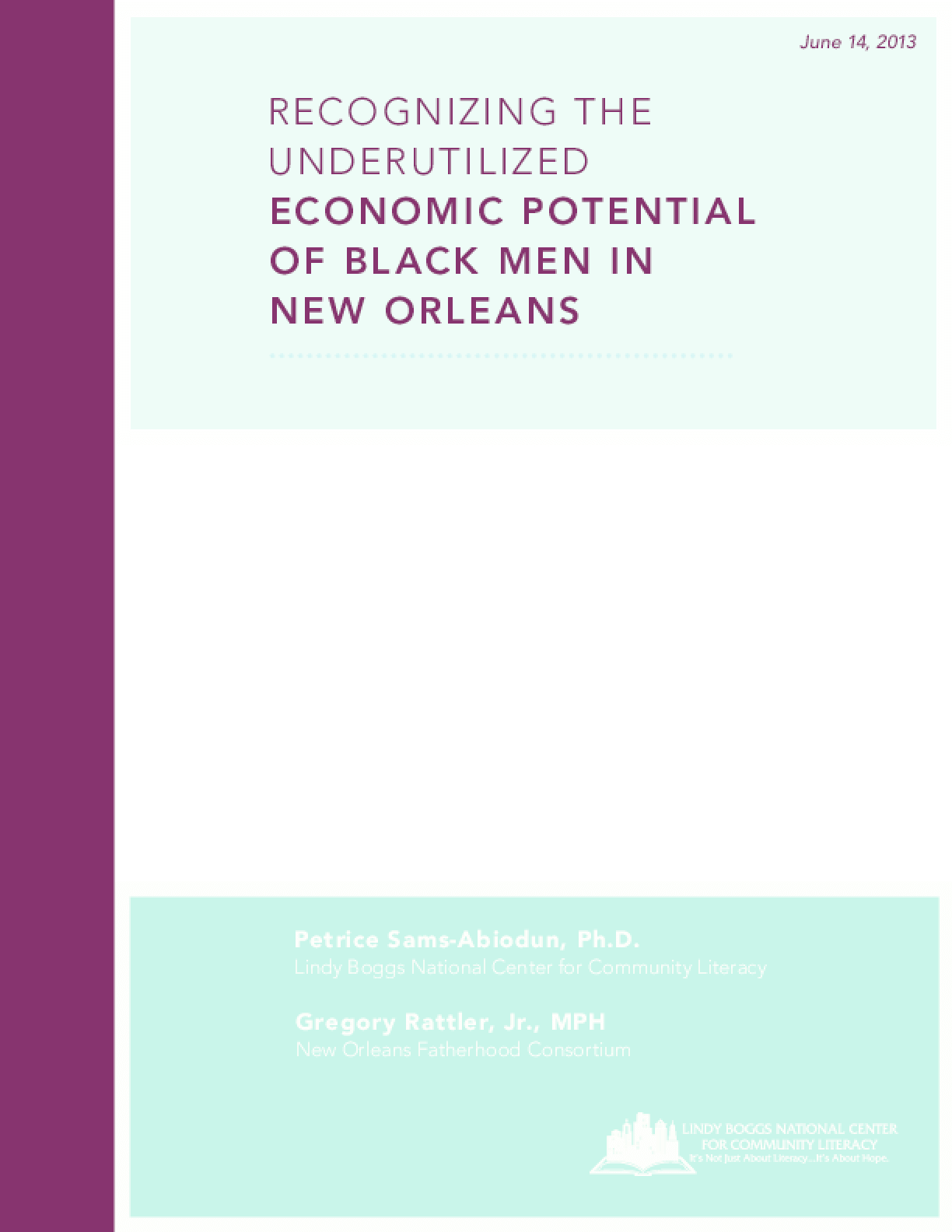