Reconnect to Our Harbor: Public Access for People and Boats and Everything In Between

New York City's landmark Comprehensive Waterfront Plan published in March 2011 calls for the creation of a sustainable blue network and more activity and economic opportunities at and on the waterfront. Magnificent new parks and rejuvenated waterfront neighborhoods have opened access to the City's edge, while waterborne transportation and recreation have helped redefine New Yorkers' relationship to their waterways. As water quality has vastly improved, more and more people are interested in getting not only to the water's edge, but onto and into the water. Nevertheless, we still have a ways to go. Some of our waterfront parks are situated in wealthier neighborhoods, or are located in areas hard to reach from the outer boroughs. Too often, existing waterfront parks and even some entire waterfront neighborhoods lack any infrastructure that would allow boats to dock or pick up passengers. The many historic, educational, and cultural vessels that call the harbor home have, in fact, very few places to tie up, particularly in the outer boroughs. The relatively few piers that exist are too often design for non-maritime uses such as pedestrian access or sports; fundamental elements at the sides of the piers that could allow for docking are missing or shortsightedly designed to only accommodate one type of boat. This paper calls upon the City's next wave of leadership to commit to and accelerate the revitalization of New York's waterfront. Restoring piers, constructing new docks, opening beaches, expanding ferry service, and developing more opportunities for human-powered boating will connect New Yorkers to the water while simultaneously achieving critical economic, recreational, educational and environmental goals. 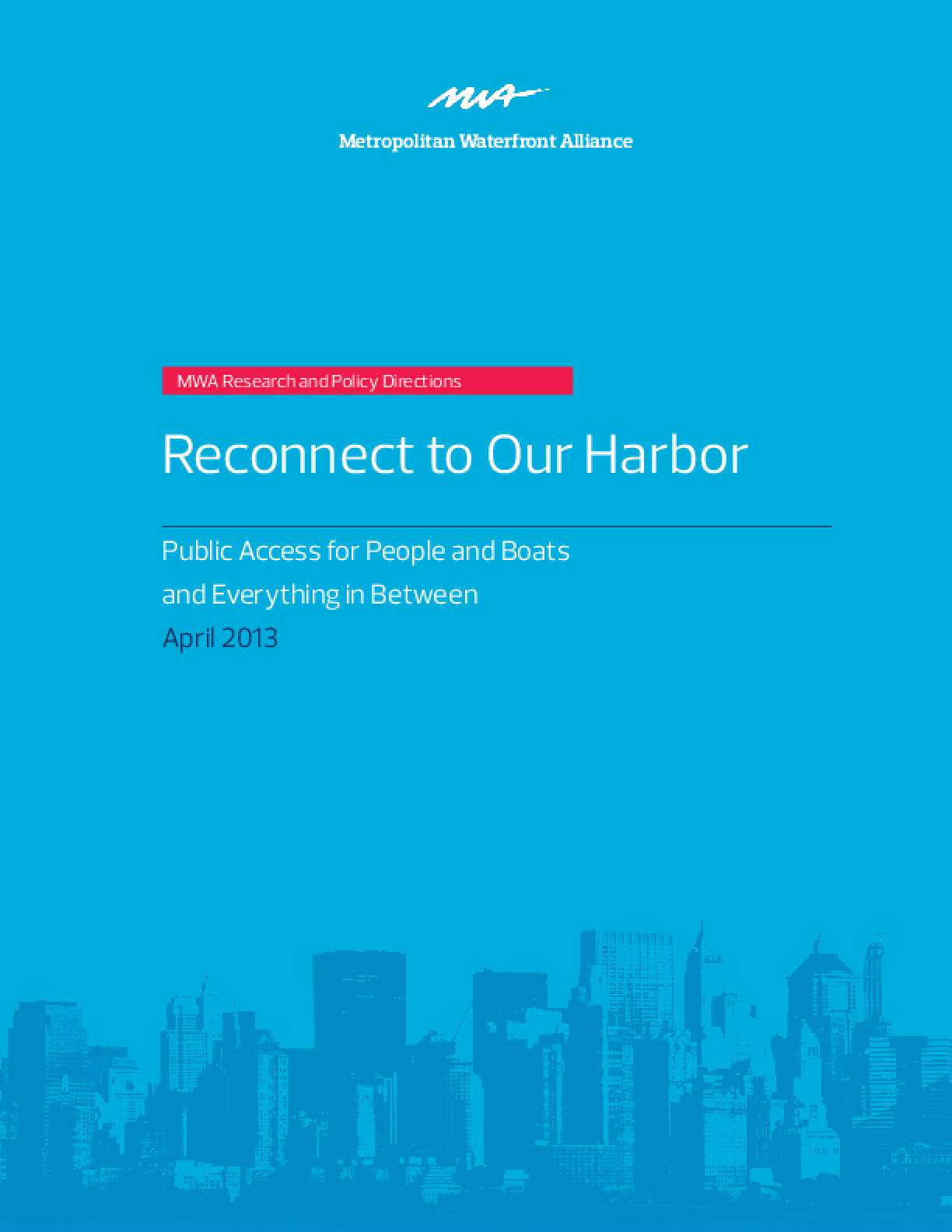