The term "disconnected youth" refers to young people who have been out of school and out of work for considerable periods of time – like a year or more. They are not temporarily "idle" but are fully disconnected from the mainstream worlds of schooling and work. They may be incarcerated or on parole or probation; they might be aging out of foster care or still attached to their nuclear families. But, overwhelmingly, they come from low-income families and often grow up in poor and relatively segregated neighborhoods. Of all racial and gender groups, young black men are by far the most likely to become "disconnected" from school and work. In the year 2000 – when the labor market was very tight – over 17 percent of all young black men between the ages of 16 and 24 were disconnected, while the comparable percentages for other race/gender groups were much lower. Indeed, this figure implies that one out of every six young black men was disconnected from both school and work at that time. 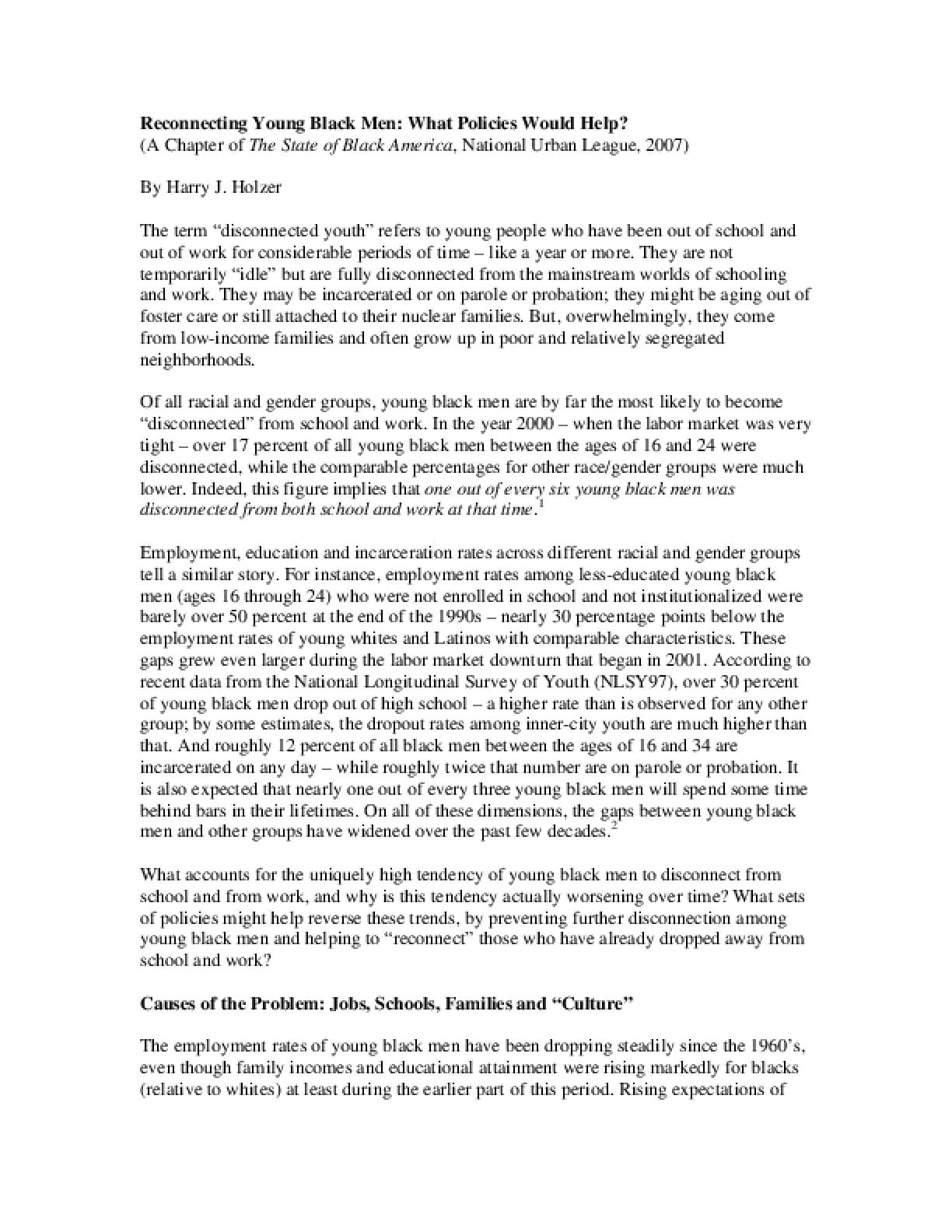