When college kids make mashups of Hollywood movies, are they violating the law? Not necessarily, according to the latest study on copyright and creativity from the Center and American University's Washington College of Law.
The study, Recut, Reframe, Recycle: Quoting Copyrighted Material in User-Generated Video, by Center director Pat Aufderheide and Peter Jaszi, co-director of the law school's Program on Information Justice and Intellectual Property, shows that many uses of copyrighted material in today's online videos are eligible for fair use consideration. The study points to a wide variety of practices -- satire, parody, negative and positive commentary, discussion-triggers, illustration, diaries, archiving and of course, pastiche or collage (remixes and mashups) -- all of which could be legal in some circumstances.

Unfortunately, this emerging, participatory media culture is at risk, with new industry practices to control piracy. Large content holders such as NBC Universal and Viacom, and online platforms such as MySpace and Veoh are already crafting agreements on removing copyrighted material from the online sites. Legal as well as illegal copying could all too easily disappear. Worse still, a new generation of media makers could grow up with a deformed and truncated notion of their rights as creators.

The study recommends the development of a blue-ribbon committee of scholars, makers and lawyers to develop best-practices principles. Such principles, similar to ones documentary filmmakers developed in the Documentary Filmmakers' Statement of Best Practices in Fair Use (http://www.centerforsocialmedia.org/resources/publications/statement_of_best_practices_in_fair_use/) can help new creators and online providers decide what's legal, and assure that the Internet remains a safe space for new forms of self-expression.

The study is part of a larger Participatory Media project (http://www. centerforsocialmedia.org/press/ugc_taxonomy/), funded by the Ford Foundation as part of the Center for Social Media's Future of Public Media Project. 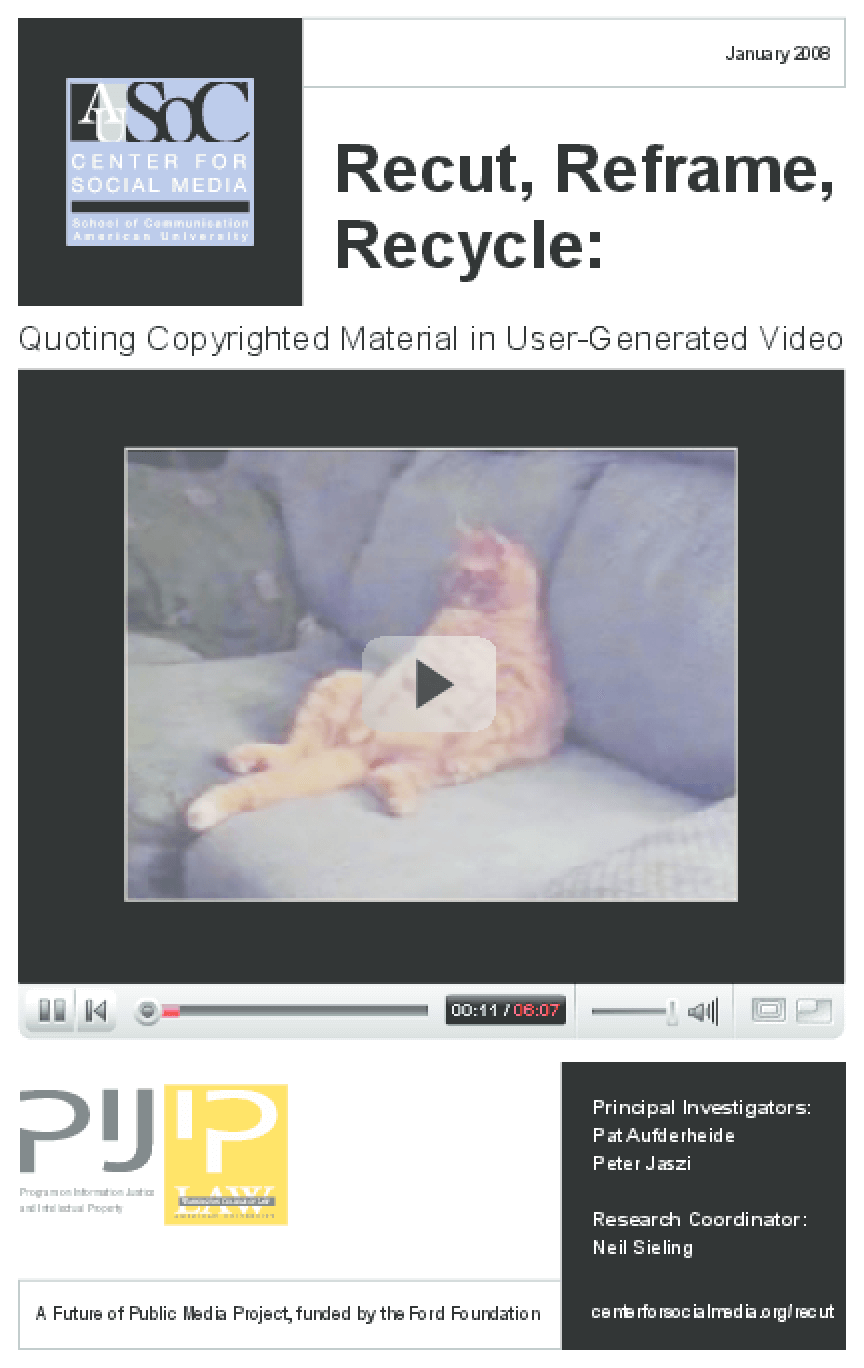