Reducing Racial and Ethnic Disparities in Access to Care: Has the Affordable Care Act Made a Difference?

Issue: Prior to the Affordable Care Act (ACA), blacks and Hispanics were more likely than whites to face barriers in access to health care.

Goal: Assess the effect of the ACA's major coverage expansions on disparities in access to care among adults.

Findings and Conclusions: Between 2013 and 2015, disparities with whites narrowed for blacks and Hispanics on three key access indicators: the percentage of uninsured working-age adults, the percentage who skipped care because of costs, and the percentage who lacked a usual care provider. Disparities were narrower, and the average rate on each of the three indicators for whites, blacks, and Hispanics was lower in both 2013 and 2015 in states that expanded Medicaid under the ACA than in states that did not expand. Among Hispanics, disparities tended to narrow more between 2013 and 2015 in expansion states than nonexpansion states. The ACA's coverage expansions were associated with increased access to care and reduced racial and ethnic disparities in access to care, with generally greater improvements in Medicaid expansion states. 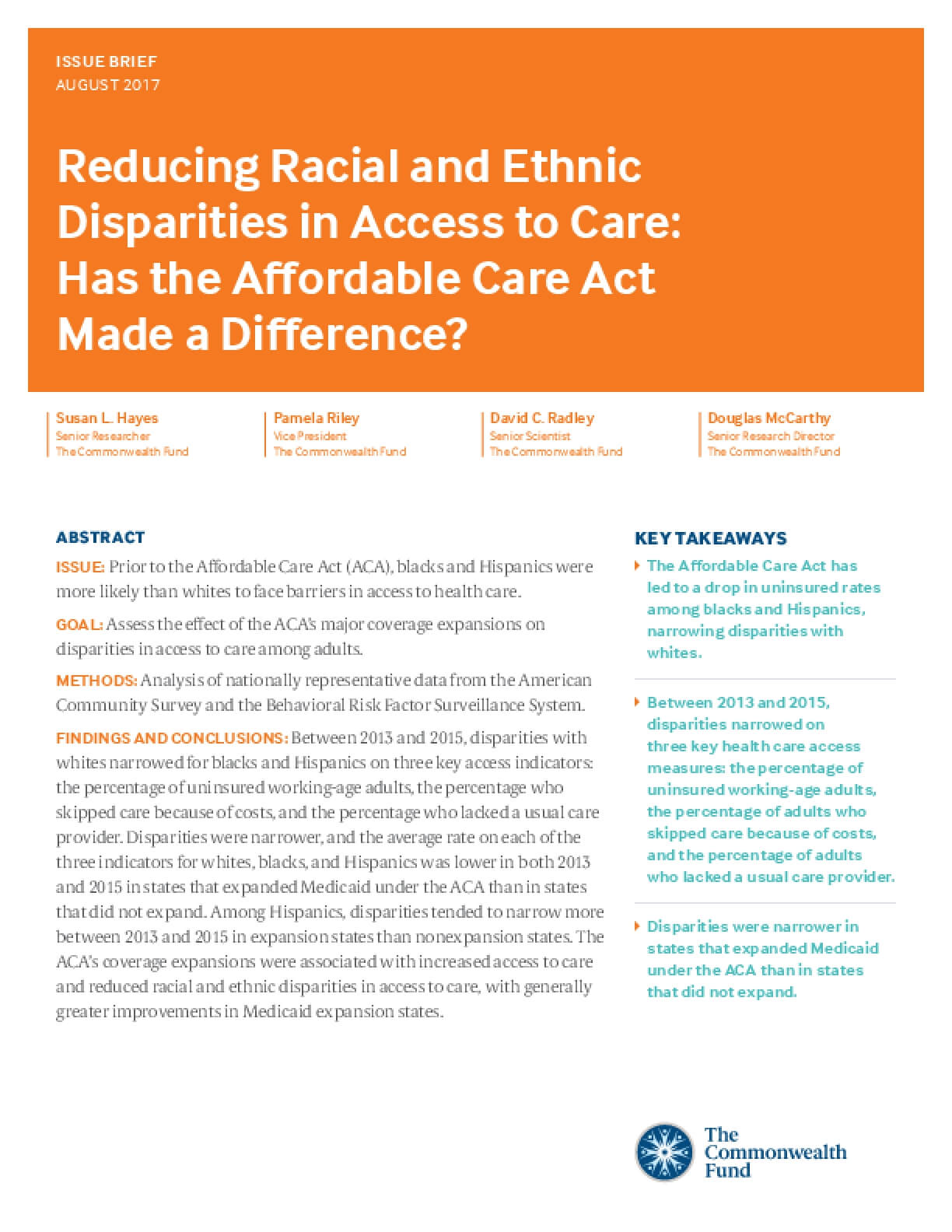