This study determined the correlates and consequences of stress and test anxiety in a large sample of students (980) and investigated the effects of HeartMath tools among 636 of them who were part of an experimental group compared to the other 344 who were in a control group. Teachers received instruction in the Resilient Educator(R), which is designed to boost teacher performance, strengthen resiliency and improve school relationships, and students participated in the TestEdge(R) program, which features tools for reducing stress and test anxiety, improving academic performance and enhancing emotional and relational competence. The study tested two major hypotheses: We found consistent evidence of positive effects from the intervention on the students at the intervention school when their stress levels, emotional stability and the results of other measures were compared with those of students at the control school. Students in the experimental group had acquired the ability to self-activate the coherent state prior to taking an important test. This ability to self-activate coherence was associated with significant reductions in test anxiety and corresponding improvements in measures of emotional disposition. 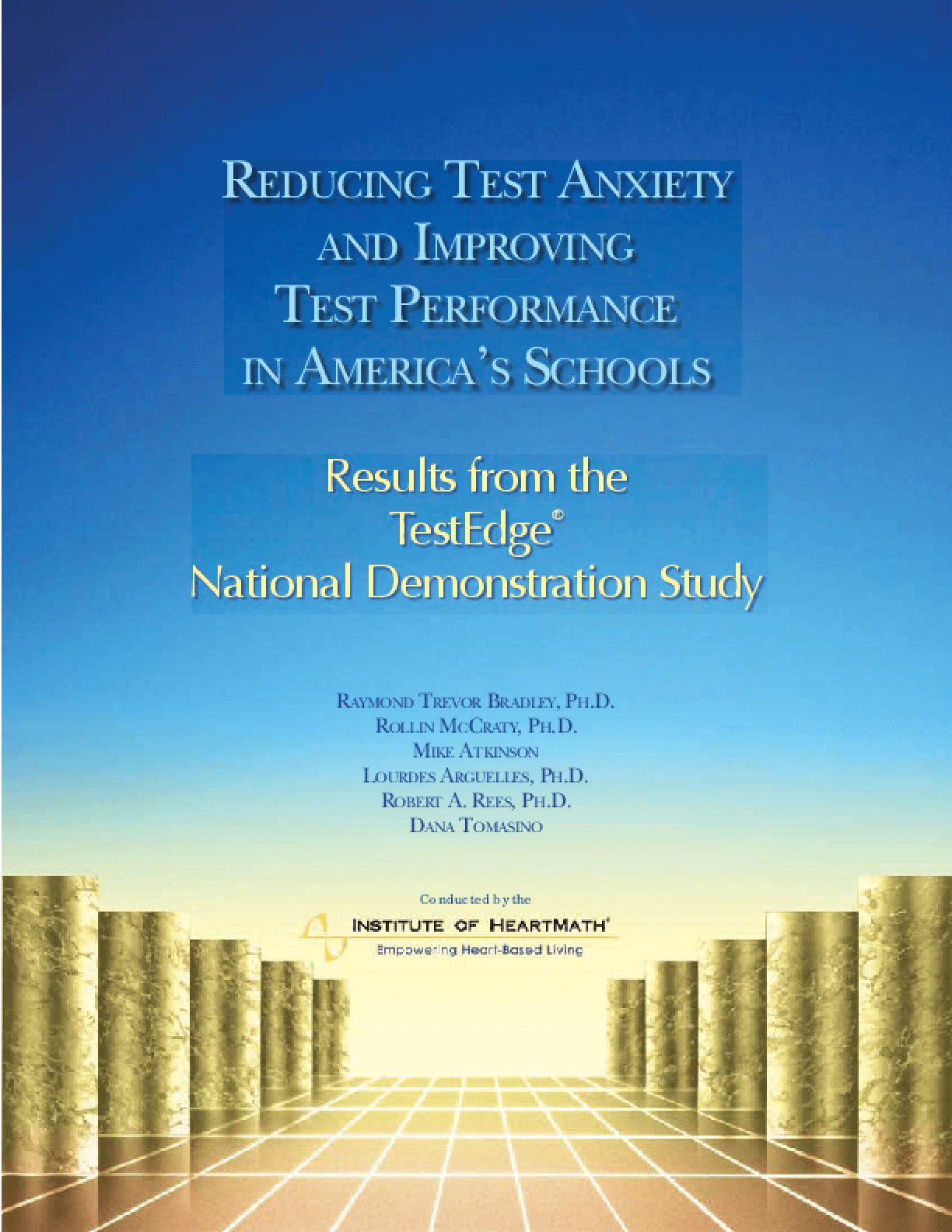