Religion in India: Tolerance and Segregation

More than 70 years after India became free from colonial rule, Indians generally feel their country has lived up to one of its post-independence ideals: a society where followers of many religions can live and practice freely.

India's massive population is diverse as well as devout. Not only do most of the world's Hindus, Jains and Sikhs live in India, but it also is home to one of the world's largest Muslim populations and to millions of Christians and Buddhists.

A major new Pew Research Center survey of religion across India, based on nearly 30,000 face-to-face interviews of adults conducted in 17 languages between late 2019 and early 2020 (before the COVID-19 pandemic), finds that Indians of all these religious backgrounds overwhelmingly say they are very free to practice their faiths. 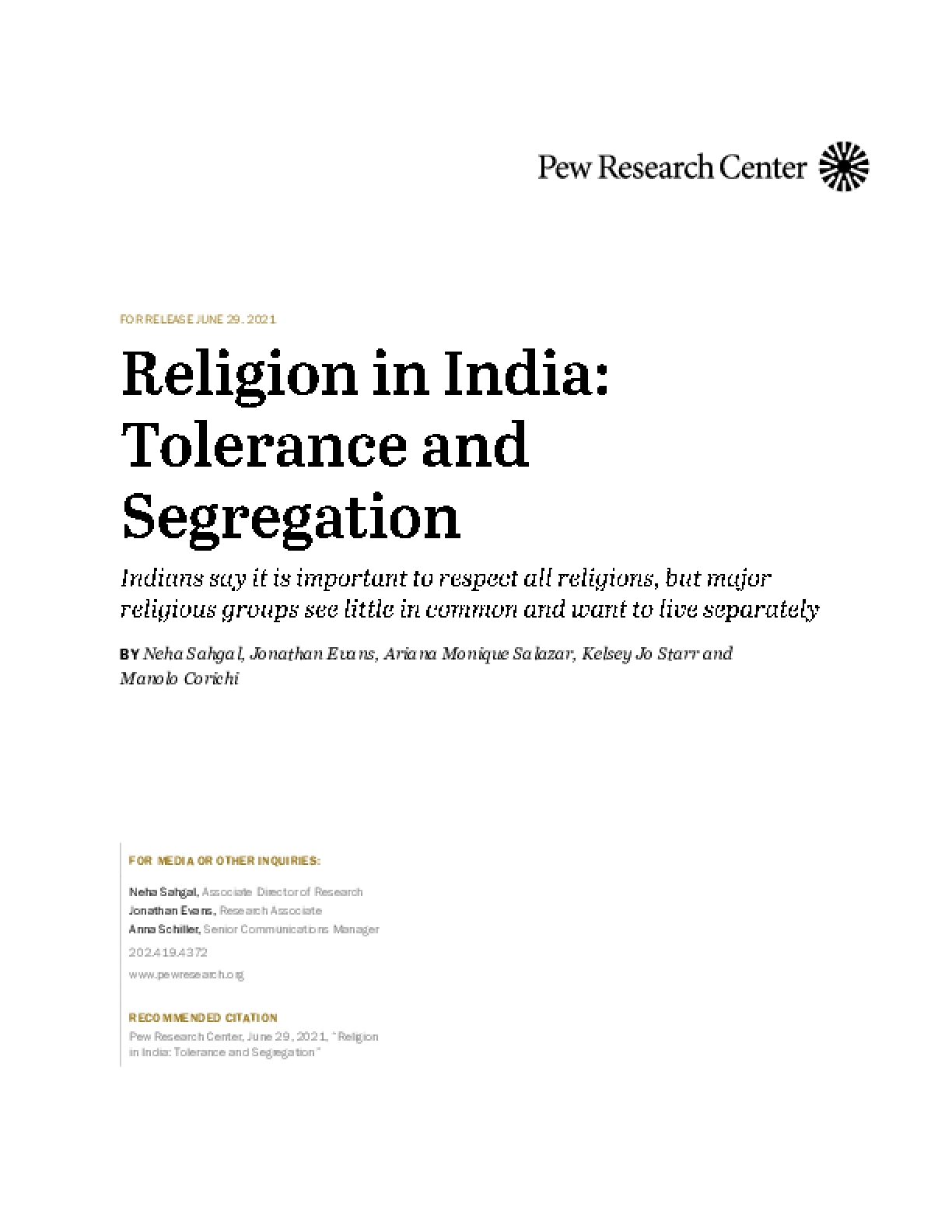