Religious Freedom Under Attack: The Rise of Anti-Mosque Activities in New York State

In the summer of 2010, national media attention turned to a plan to build a Muslim community center, to be called "Park51," a few blocks away from ground zero. Although the plan was first reported in late 2009, with a quote from the project's religious leader at the time stating that its goal was to "push back against the extremists," the proposal did not receive much media attention until May 2010. This report discusses the legal and cultural background against which these controversies are playing out, and details some of the recent attacks on Muslim communities in New York. It also offers recommendations for how our government and our communities can work to increase intercultural understanding of Muslim New Yorkers and reduce anti-Muslim sentiment in New York State. 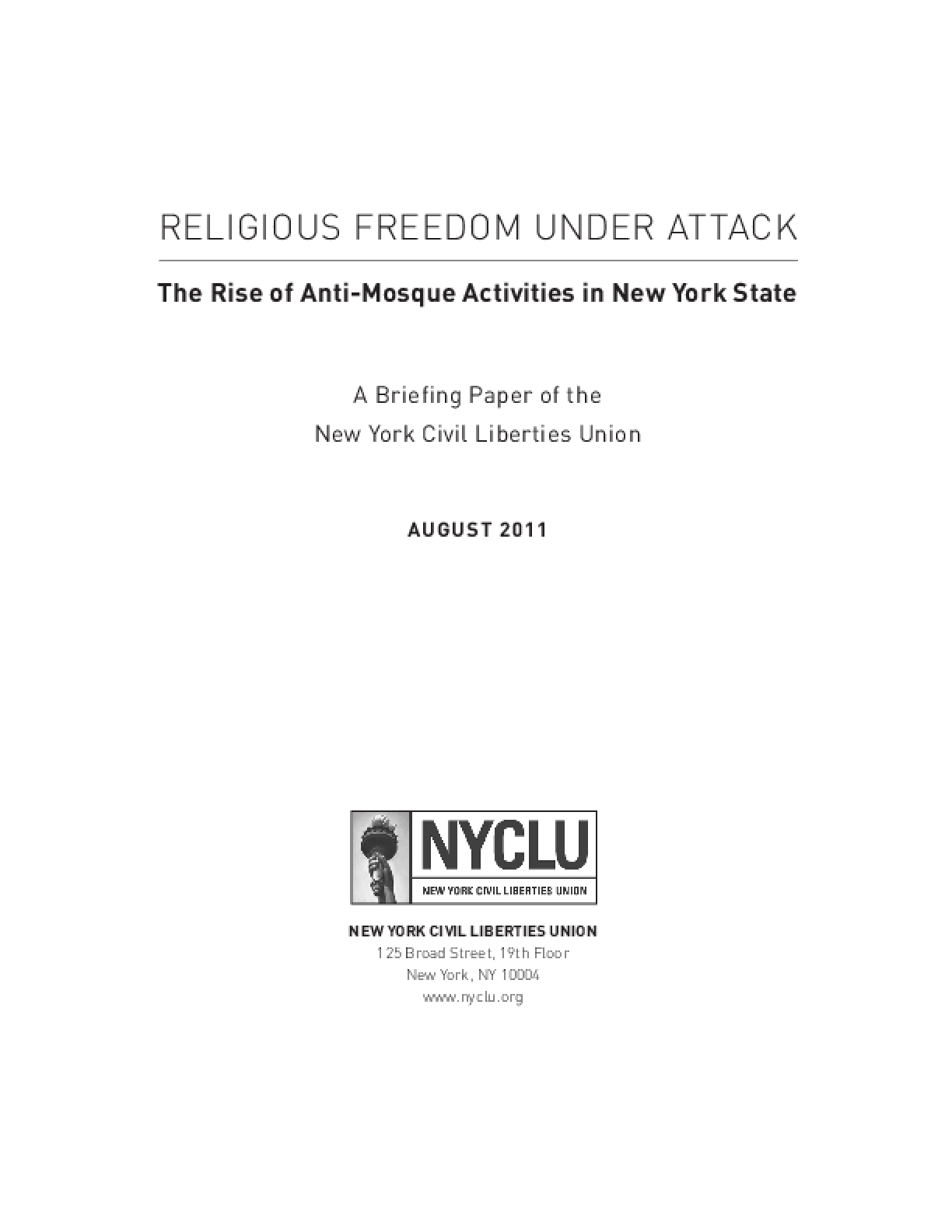