Beyond the districtwide numbers, the Morris district has achieved remarkable diversity at the school building level. Since the district has only one middle school and one high school, these are not where the diversity rubber meets the road. Rather, the test is the elementary school populations. There, the Morris district shines. Despite the fact that students live in relatively homogeneous, segregated neighborhoods, the elementary schools they attend defy that pattern. For example, to achieve perfect racial balance between black and white students at the elementary school level, only about 2.6 percent would have to change their school assignments.

The Morris district still struggles with two aspects of diversity, however. First,—in common with virtually every diverse school district in the country—it is still attempting to bring meaningful diversity to every program and course within its school buildings, from higher-level Honors and Advanced Placement courses to special education classifications and rosters of disciplinary actions. Second, in common with some but hardly all diverse districts across the country, the Morris district is trying to cope with the explosive growth of Hispanic students, many of them in recent years economically disadvantaged students from Central American countries where they often failed to receive a solid educational foundation in their own language and culture. Understandably, these students tend not to score well on standardized tests, especially in their early years in MSD. This contributes substantially to the Morris district's record of relatively poor achievement levels in three substantially overlapping student categories—Hispanic, English Language Learners (ELL), and economically disadvantaged students—as compared to its relatively strong achievement levels for white and black students.

As to both challenges, the Morris district is manifesting a remarkably can-do spirit and a palpable will to succeed.

In all these respects, the study of the Morris district reported on here is designed ultimately to extract lessons for other school districts in New Jersey and the rest of the nation. This report begins by exploring briefly the historical, political, and legal context of educational integration in New Jersey, and how that led to the creation of the Morris School District. It then analyzes and discusses the successes—and the challenges—of MSD's integration efforts. Along the way, it contrasts the successes of MSD with two other districts in New Jersey—Plainfield and New Brunswick—that attempted integration by district merger, but failed. It concludes by making recommendations not only for improvements in MSD's approach, but for school districts across New Jersey and the country that are seeking to integrate their schools and classrooms. 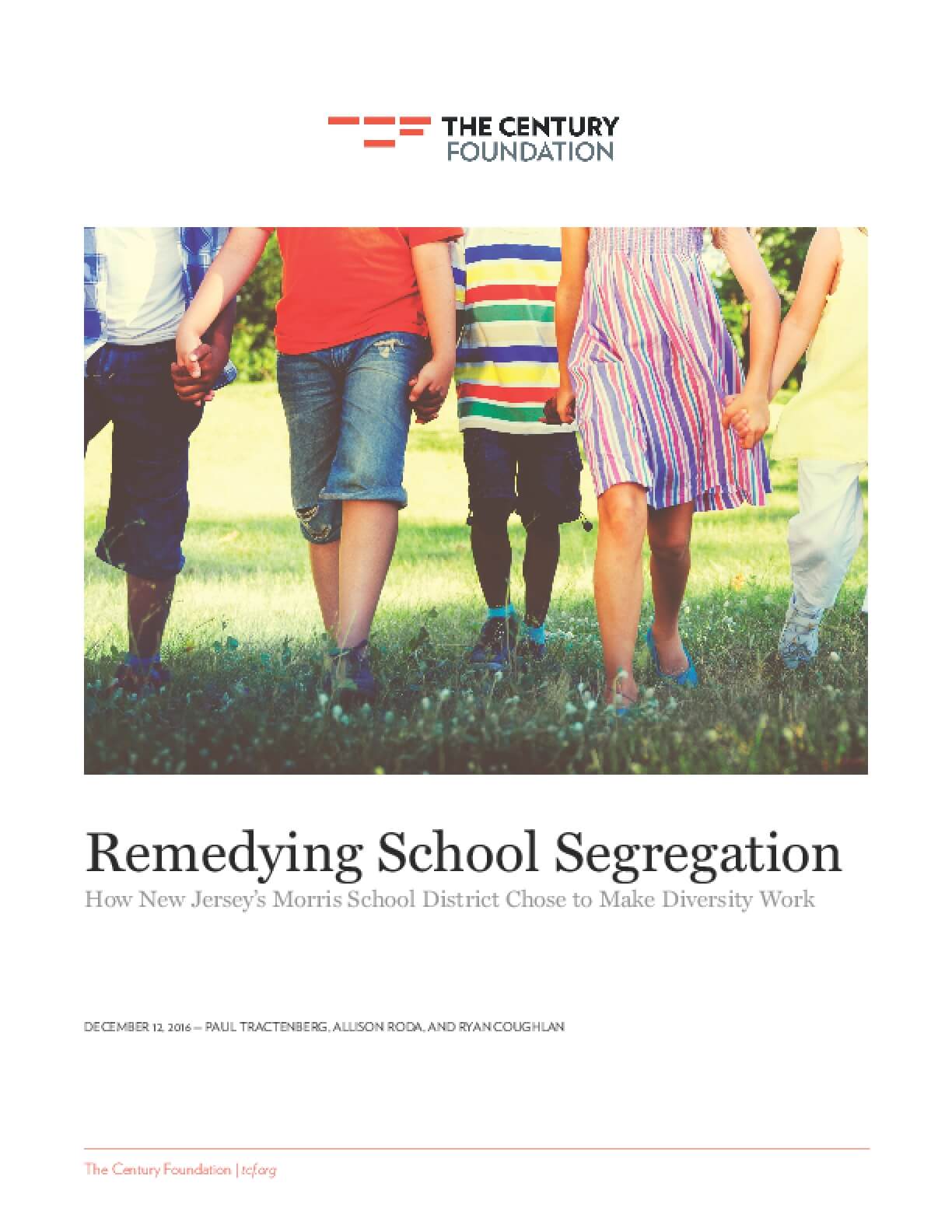